(CMR) Toddler Alissady Azalea Powell is being laid to rest Saturday morning, a month after she was found on the iron shore of the Cayman Islands. The tragic passing has left many wondering why the RCIPS has not provided any public updates on the sudden death investigation.

Alissady was alleged to have somehow gotten out of her house in the early morning hours of July 26. Her mother put out a public appeal after she said she found that she was not in the room where she last saw her after a diaper change. 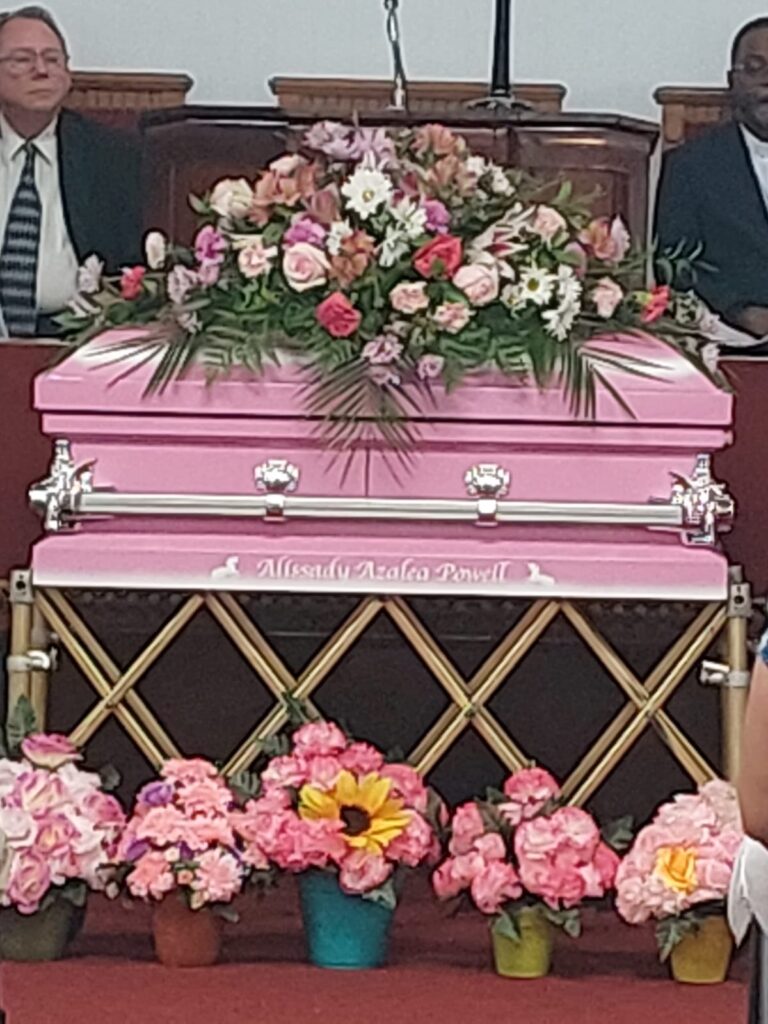 A search quickly got underway and the lifeless body of the 2-year-old child was found around 9:00 am that morning. The moment she was found verberated throughout the communities on all three islands.

The RCIPS soon indicated that a team of five police investigators, supported by forensic specialists and a pathologist, were sent to Cayman Brac on Wednesday, 27 July, to support the local team with this case.

It has been a month since that statement and no other public statements have been made. CMR has reached out to the RCIPS on several occasions inquiring about any available updates and on the last occasion were told:

The investigation into this matter remains open and under active investigation.  The funeral for the young child will take place on Cayman Brac this coming weekend and a large gathering is anticipated for this very sad occasion.

Investigators continue to encourage anyone with information to call the Cayman Brac Police Station at 948-0331.

Several residents have called on the police to issue a formal update on the investigation while others have said that they believe the police are waiting until after the funeral service burial ceremony before an announcement is made.

Very few people believe the facts as initially provided by the mother and question what really happened to the child. Theories have spanned a number of scenarios and rumors were feverish that arrests had been made in the days and weeks after the incident.

To date, the only arrest made is the boyfriend of the mother. However, that arrest is not related to this incident but instead is for drug possession.

A Service of Thanksgiving will be held at 10:00 am Saturday morning at Spot Bay Holiness Church, Spot Bay, Cayman Brac. Private interment will follow.

No, thanks.
How do you feel after reading this?
Tags: Alissady Azalea PowellCayman Bracchild death

(CMR) An 85-year-old woman lost her home on Sunday after a fire, which relatives believe started in a window ac...

(CMR) Numerous residents on Cayman Brac and Little Cayman are outraged after what they say is blatant misinformation being sent out...