(CMR) The Ministry of District Administration and Lands has announced the retirement of long-serving civil servant, educator and swimming pioneer Michael Hundt. To celebrate Mr. Hundt's 39-year contribution to the sport of swimming in the Caymans Islands, a farewell event was held in his honor in Cayman Brac.

Minister Juliana O'Connor-Connolly, in thanking Mr. Hundt for his years of service, encouraged the renowned swimming coach to enjoy the new chapters to come. She expressed her appreciation to him for embracing the people and way of life of the Sister Islands and for making an unforgettable and positive impact on the youth of our islands.

She added, “It is important to recognize the invaluable contributions of those individuals who invest in our human capital and have embraced our community and culture. The formidable changes in the lives of our youth and, moreover, for our community cannot be understated. He will truly be missed, and his positive impact is revered by many.”

Mr. Hundt was presented with a commemorative plaque, gift basket, and letters of appreciation for his years of service by Minister O'Connor-Connolly, (Acting) Chief Officer Welcome, and Mr. Harold Sanford.

Mr. Sanford recalled the remarkable contributions made during his 19 years of working along with Mr. Hundt.

“I applaud and thank Mr. Hundt for his years of dedicated service, and I must emphasize that many of them were as a volunteer. We will forever be grateful for his commitment to our community,” he said.

Michael Hundt and his wife Susan arrived in the Cayman Islands as teachers in late 1983 and identified a need to develop the sport of swimming. Throughout the past 39 years, he established after-school swimming programs at the Buccaneers Inn and Divi Tiara, among other locations.

His coaching has seen many advancements in the sport of swimming and other sports on the island, including triathlons, football, and cycling.  He has coached athletes who have gone on to compete internationally and regionally, some beating state and local champions.

In 1987, Mr. Hundt accompanied Jeff Miller on the first ever Bougue Swim between Cayman Brac and Little Cayman, which later evolved into a popular event that has even included the participation of former Governor Duncan Taylor. 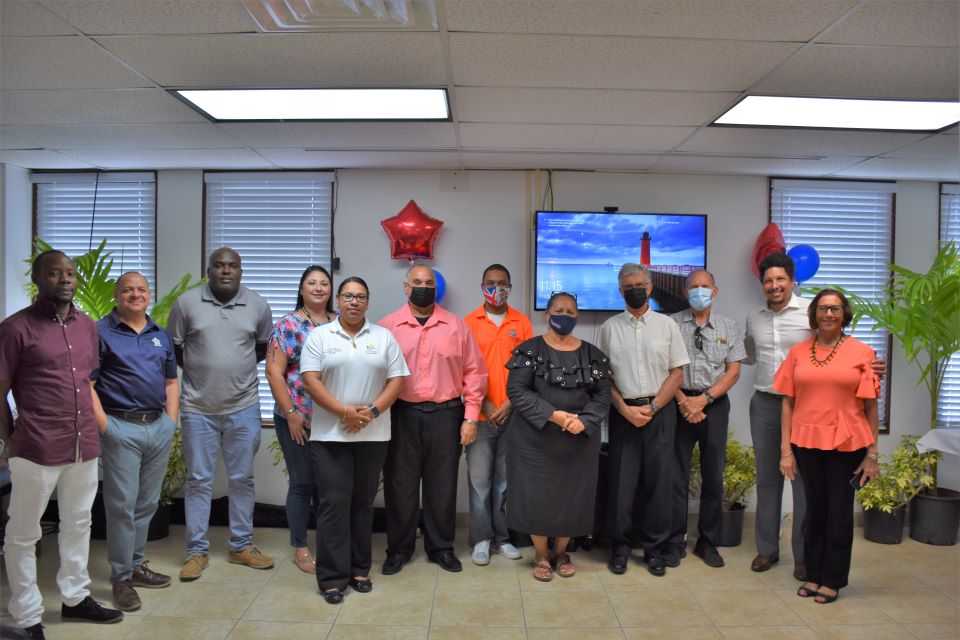 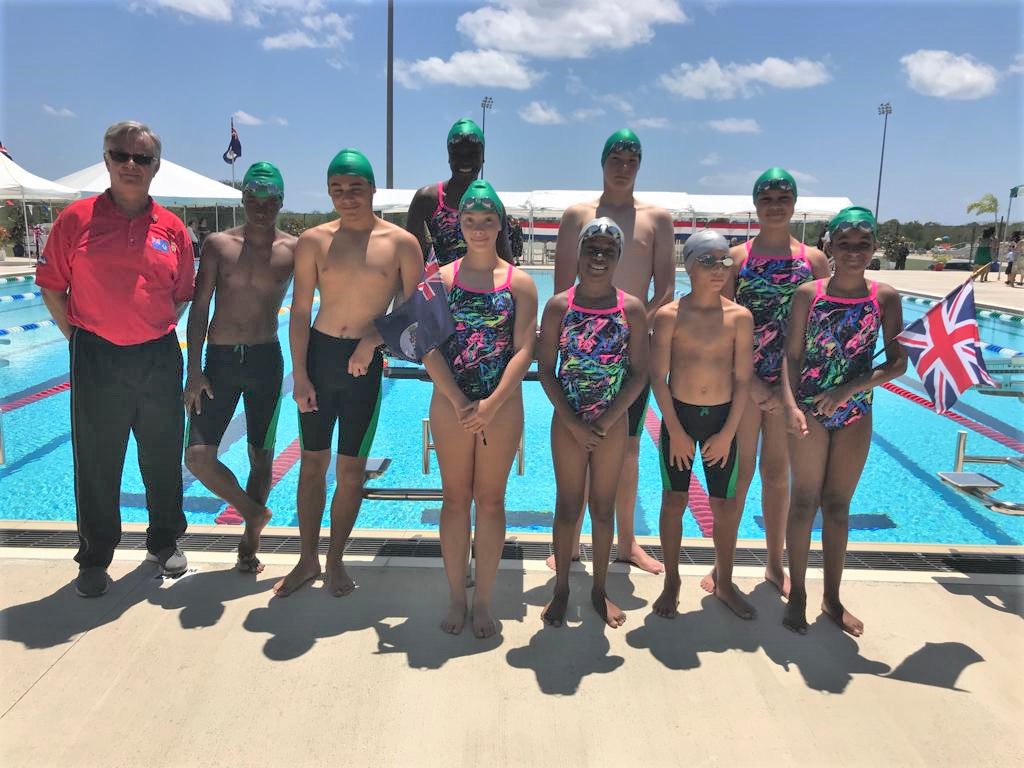 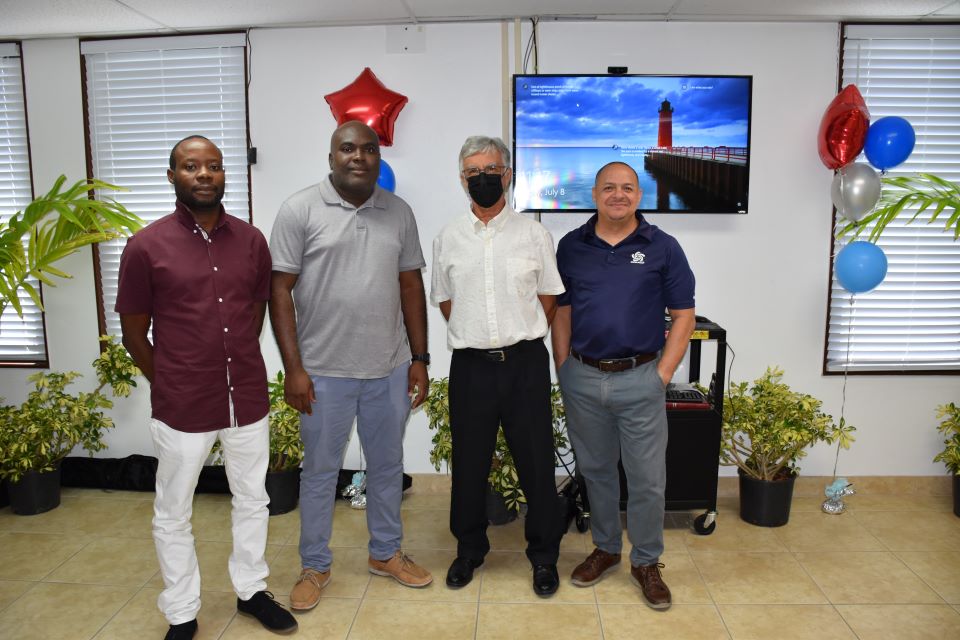 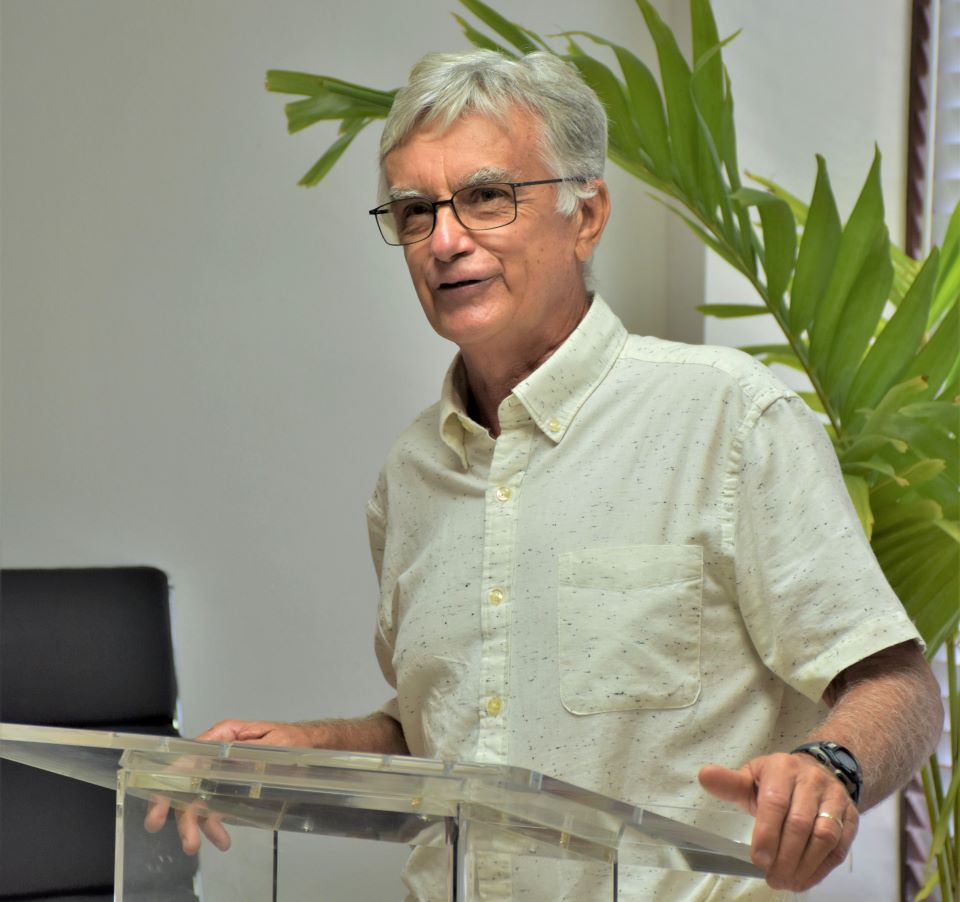 Mr. Hundt was instrumental in the startup of the Sister Islands Swim Club in the early 1990s. He initiated and advanced various swimming events such as the Brac Primary Age Group Swim Meet, Layman Scott High School's Inter-House Swim Meet, Lion's Sprint Meet, and the Sister Islands Swim Club 800M Sea Swim. A true sportsman, Mr. Hundt represented the Cayman Islands in cycling at the 1992 Barcelona Olympics. He was later awarded the ‘Pioneer Award' on Heroes Day in the year 2018 for his contributions to sports.

Michael Hundt shared, “We were fueled by the support of the community and everyone behind us, encouraging us every step of the way, and we saw the need and ran with it.  It was a lot of passion and dedication and the result far exceeded whatever little part we happen to contribute.”

He continued, “The key to our success has always been the support we received from the community. Without that kind of push and support, through sponsorships and great leaders in the community and in the schools, everything we were able to achieve for the sport of swimming would not be possible. It was a lot of fun, and I certainly will miss this community that is so dear to our hearts!”

No, thanks.
How do you feel after reading this?
Tags: Michael Hundt

(CMR) Twenty honourees from Cayman Brac and Little Cayman were recognized Saturday, 4 February, for exemplary contributions to the Cayman...