Kicks ex-boyfriend in the groin

“Listened to the show. What is so sad and disturbing about this situation is there’s no acknowledgment, no remorse, no apology, just brazen denial by an increasing number of people. I have never been a fan of beauty pageants and now my opinion has elevated to disdain.”

(CMR) The newly crowned Miss Cayman Islands Universe, Tiffany LeAnn Conolly, has six criminal charges in Summary Court, including striking a police officer twice in the face at the Detention Centre. The charges were laid against her in January 2022 and have left the Miss Cayman Committee, Derrie Lee Dacres, defending her in an interview Monday morning.

The 24-year-old beauty queen faces six charges, including two counts of common assault for assaulting a young man and his father, two counts of property damage for damaging two vehicles belonging to the family, disorderly conduct at a police station, and assaulting a police officer.

The charges stem from an incident on October 15, 2019, when her relationship with a West Bay man ended after three months. She messaged the former boyfriend with a message that read, “if you don't come out you'll regret it.”

He refused to entertain her after she arrived at the residence, which then prompted her to start banging at the door. In his police statement, the father shared that he answered the door to prevent her from breaking the glass. She then tried to force her way in to get to the son who had locked himself up in his room. It was at this time that she started an immediate onslaught on the man.

She punched the father in the face, head-butted him and scratched him on his forehead. She also proceeded to grab his reading glasses off his face and damaged them. The father called 911 as she continued assaulting him and ripped his shirt. 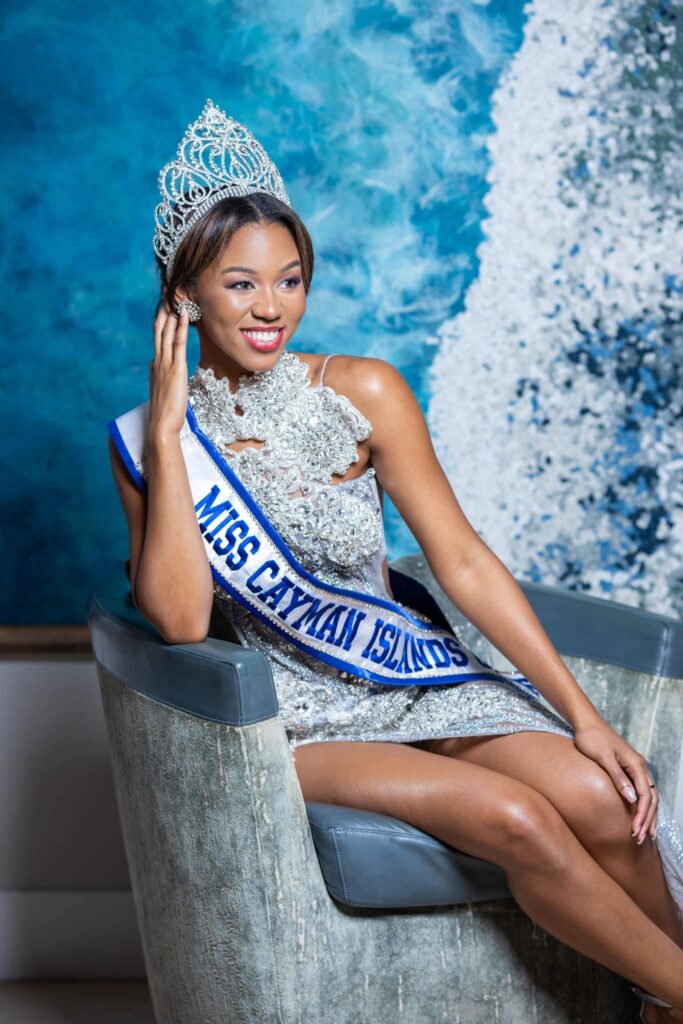 The son, hearing the assault, then came to his father's aid and was also assaulted by kicking him in the groin, biting him on his chest, and slapping him in the face. The father called out to his neighbor to have an eyewitness for the incident as he was fearful she would have attempted to blame him and his son for possibly instigating the assault.

At one point, she took her anger out on the two family vehicles and took her bicycle and threw it at the bonnet of a white Kia Sportage, causing the front windshield to be cracked. She proceeded to take a concrete block and threw it into the rear of a Toyota Starlet, causing the glass to break.

Once the police arrived, she continued to be disorderly and fight them off in transport. While the Detention Centre she would not comply with any instructions to calm now and is being charged with striking a police officer twice in the face, using profane language, stating “F*** all of you.”

In an interview, this morning on Star 92.7 FM, Conolly explained that she decided to enter the pageant two weeks after the incident that has her in court for the third time:

“I knew that it did already transpired. I knew that if I did win that it would come to light if it wasn't resolved beforehand but I also know that what is being spoken about and what is out there is not factual.”

CMR sources indicate that Conolly told the Committee that she was the victim in this assault case and was defending herself. She claims to have proof of these allegations.

Despite now claiming that the story is not factual, during her police interview, she admitted to tearing the father's shirt and claims he might have scratched his face but did not recall punching him. She also admitted to kicking her former boyfriend in the groin and made no comment regarding the vehicles or assaulting the police officer.

The neighbor's vehicle sustained some damage, but he decided not to purpose any charges.

The Committee Chair, Derrie Lee Dacres, says that both the committee and the government ministry stand behind Conolly. She claims its only one platform “pushing that negative narrative right now.” Other media in Cayman have reported on it, including Cayman News Service.

She noted that they fully support her and that there are two sides to a story adding that everyone deserves a second chance. It appears that the committee themselves, however, have made no attempts at all to obtain the other side either from the court or victims.

Although Conolly was charged some 8 months ago, they claim that they did not know about it until several months before the pageant and commend her for bringing it to their attention.

She is no stranger to the courts and many are now wondering if she will be permitted to hold onto the crown if found guilty. Prior to this, Conolly was found guilty in two separate cases. In February 2018, she was in court for damage to property, carrying an offensive weapon and criminal trespass. That resulted in her being found guilty but no conviction was recorded for her.

Again, one year later, in February 2019, she was back in court for resisting a police officer and assaulting several police officers by kicking them in the groin. These charges stem from an incident at her mother's home where both her mother and sister were assaulted. However, they declined to press any charges against her. Her family told the officers that it “was all about her boyfriend breaking up with her and she “went berserk”.

Again, the court opted not to record her conviction but required her to attend counseling.

Her victims in this latest assault case have said it was the worse 10 minutes of their lives, and they continue to live in fear. They have since increased security around their property.

The trial is set for October 17 after a postponement two weeks ago.

No, thanks.
How do you feel after reading this?
Tags: Miss Cayman Islands UniverseTiffany Conolly