(CMR) The Cayman Islands Border Control is being accused of using “underhanded tactics” to remove accused Jamaican gangster Rudolph ‘Boxer' Shaw (30) from the jurisdiction. CBC confirms that they followed the letter of the law in removing him from the Cayman Islands. He was placed on an early morning flight to Kingston, Jamaica on Wednesday morning.

Sources familiar with the man's defense claim that his legal team was preparing to provide CBC with a Haitian birth certificate and were prepared to appeal a decision by way of judicial review to send him back to Jamaica. However, CBC sources indicate that they had no qualms about his ID and he was a Jamaican national with a Jamaican passport and birth certificate.

It is not clear how he could have produced two possible birth certificates. 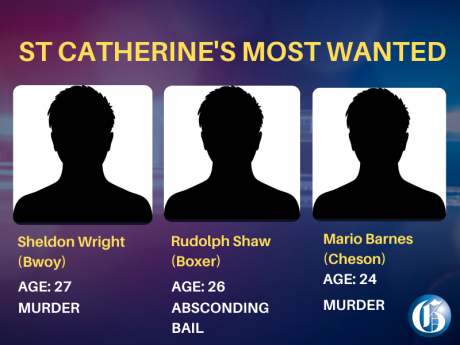 His legal team had concerns that there was no formal deportation order sent from Jamaican law enforcement agencies for his formal extradition. However, according to CBC sources pursuant to section 101(3) of the Customs and Border Control Act (2021 Revision), none is required. That section allows for the removal of certain persons unlawfully in the Cayman Islands “not more than fourteen days” by way of a written notice once they have overstayed.

CMR understands that his attorneys were notified once Shaw was placed on the airplane of his pending department and by the time that judicial review documents were drafted, he had already left the jurisdiction, essentially nullifying anything further that could be done.

Shaw is considered one of St. Catherine's most dangerous men and has been on the most wanted list for some years.

Shaw is wanted in Jamaica for multiple murders and is said to be a dangerous member of the Wild Life gang in Spanish Town, St. Catherine. He was also one of three men charged in 2019 for the murder of Romaine ‘Pancho’ Robinson, which the police said was gang-related. He is wanted for murder and shooting with intent in relation to two incidents committed at 31 St. Johns Road in the parish in September 2021 and May 2022. He is also wanted in connection with the murder of a mother of a policeman in Old Harbor, St. Catherine.

Sources have shared that Shaw was in Cayman for about three weeks before his capture. Additionally, several other of his gang associates are believed to still be in the Cayman Islands.

Shaw was represented by Prathna Bodden of Samson Law Associates and the recipient of legal aid for his ongoing matters in the Cayman courts.

No, thanks.
How do you feel after reading this?
Tags: Jamaican gangsRudolph Shaw

(CMR) A police officer and a former employee of a local telecommunications company are facing criminal charges after the ex-employee...

(CMR) A man has been hospitalized after he sustained head injuries during a fight at Sol y Luna early Saturday...

(CMR) The RCIPS said there has been an increase in reports of thefts from vehicles, with perpetrators regularly checking for...

(CMR) Two persons were robbed of cash and bank cards on Thursday, 2 February, by an armed masked man at...