(CMR) Numerous residents on Cayman Brac and Little Cayman are outraged after what they say is blatant misinformation being sent out by the RCIP's press office.

They are calling on the RCIPS and the Cayman Islands Coast Guard to issue a corrective statement about a vessel that was rescued on Sunday afternoon by private citizens and to any government agency. An RCIPS statement on Tuesday afternoon takes partial credit for the rescue – something residents share is completely false. 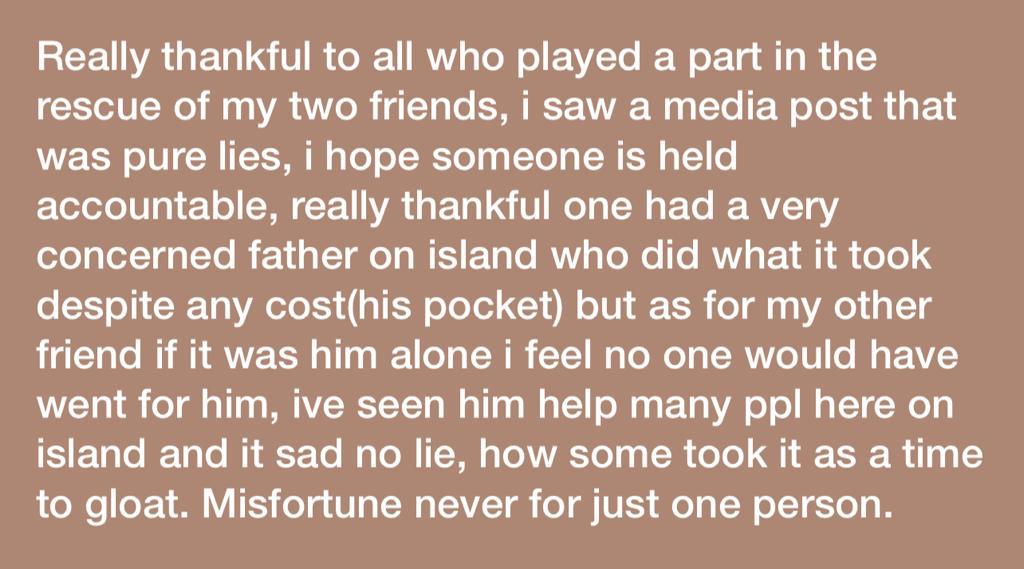 Ironically CMR received queries and criticism from Cayman Brac residents as early as Sunday night that the response from the government agencies was lacking and they were disappointed. 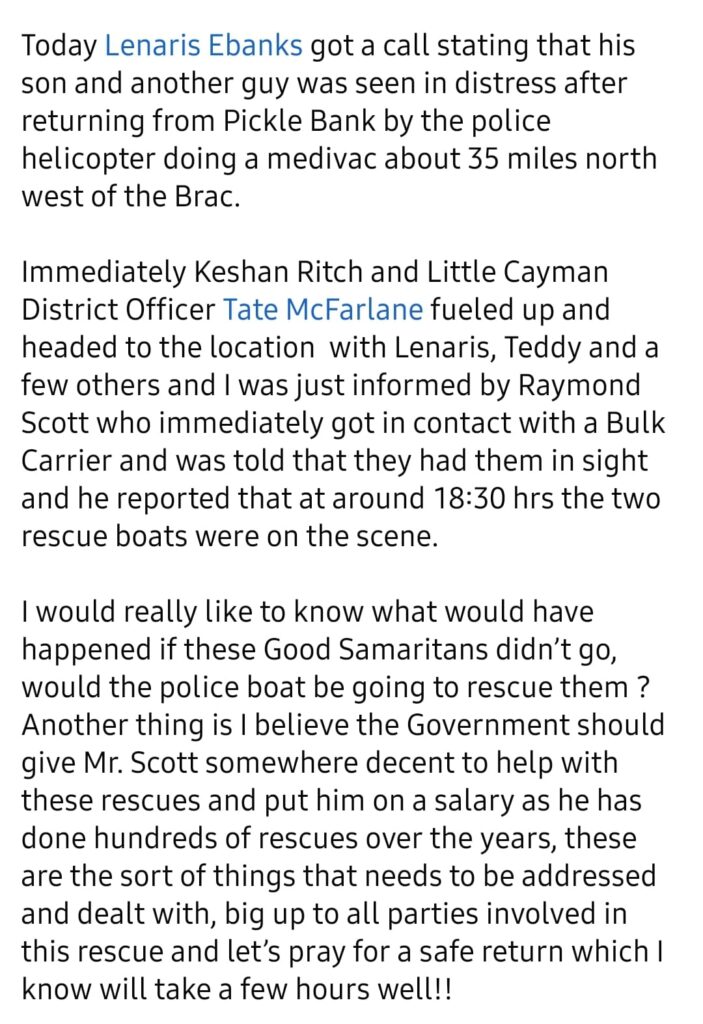 Exclusive footage obtained by CMR shows that neither entity was present during the rescue efforts. The details of the incident have now been shared by multiple people involved in the rescue and concerned Brac residents.

The facts are that a fire officer's son and his friend got in trouble on their red 32′ fishing vessel after they went fishing earlier on Sunday. A distress call was made from their satellite phone to emergency services in Grand Cayman around 3:30 pm. before the phone died.

As it turns out a fire officer quickly realized after the call was received that it was his son's boat that was in distress. He promptly secured coverage for his shift and organized a rescue team that included two boats that left Scotts Dock around 4:30 pm.

The police helicopter was responding to a medivac transport and spotted the distressed vessel en route to the Charles Kirkconnell International Airport in Cayman. The RCIPS then took 2 hours to land at the airport and refuel before collecting the patient from Faith Hospital and returned to Grand Cayman. Mr. Raymond Scott, the shipping advisor on Cayman Brac, asked if they were be returning to check on the distressed vessel and their answer was negative.

The helicopter was able to provide the coordinates for the distressed vessel to the tower in Cayman Brac. However, several hours elapsed between that information and the civilian rescuers being able to organize themselves. By the time the vessel was located it has drifted about 3-4 miles away from the reported position at roughly 64 miles away from Cayman Brac.

Where did you guys get your information, the police helicopter saw the boat in distress while doing a medivac from the Brac and reported it, the father of one of the stranded persons contacted two boats and they went, found them started towing them but while doing that they got the engine started so they all came home under power. After they got about a mile off the Brac the police boat showed up and had problems also, the praise need to go to Tate Mcfarline, Keshan Ritch, Lenaris Ebanks, Garfield Ritch Luciano Lazzari and Evol Dilbert and last but not least Raymond Scott who is never recognized for what he do, you guys can sure mix up your stories!

The first of the two rescue boats arrived around 6:15 pm with the second one coming to the scene minutes later. They initially attempted to tow them in and then realized that the battery died because the alternator failed. They were able to take one battery from one of the rescue boats and power up the distressed vessel and after about 3-4 hours were able to get the boat started.

When they were about 1 mile off Scott's Dock they spotted a light behind them that was the Coast Guard. The time then was roughly 9:30-10:00 pm. Then the Coast Guard vessel broke down and had to be rescued by the Cayman Islands Fire Service. Sources close to the matter shared that ironically the father who had spent the better half of 6 hours rescuing his son had to turn to work to then assist with rendering assistance to the CI Coast Guard.

Cayman Brac residents shared that they wanted to simply set the record straight that neither the RCIPS nor the CI Coast Guard provided any assistance nor did they call anyone or provide any escort has had been shared in their press statement.

The rescue boats were captained by Tate McFarlane the district officer for Littel Cayman and Keshaun Ritch also of Little Cayman. They had 7 people on the two rescue vessels and spent $1,700 on fuel for the boats. 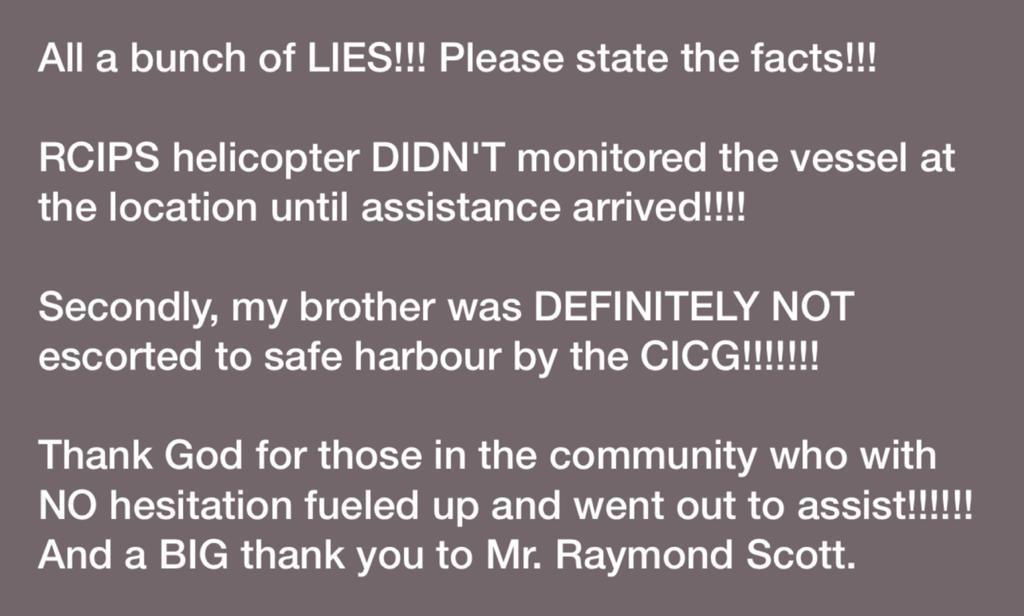 No, thanks.
How do you feel after reading this?
Tags: boat rescueCayman Brac

(CMR) An 85-year-old woman lost her home on Sunday after a fire, which relatives believe started in a window ac...

(CMR) Toddler Alissady Azalea Powell is being laid to rest Saturday morning, a month after she was found on the...