CMR reported in December 2020 that Cayman's most powerful name in broadcasting was expanding its reach to include a country station, locally-focused community radio and urban adult contemporary. Bobo 89.1FM is all about talk radio, news, information and music and is geared towards content creators taking an active role in the programming of the station.

CMR was offered the coveted morning hosting slot and will be Cayman's only daily weekday talk show when it launches. The first show is scheduled for Tuesday, March 1 with special guests and corporate sponsors along with giveaways and special treats for listeners. 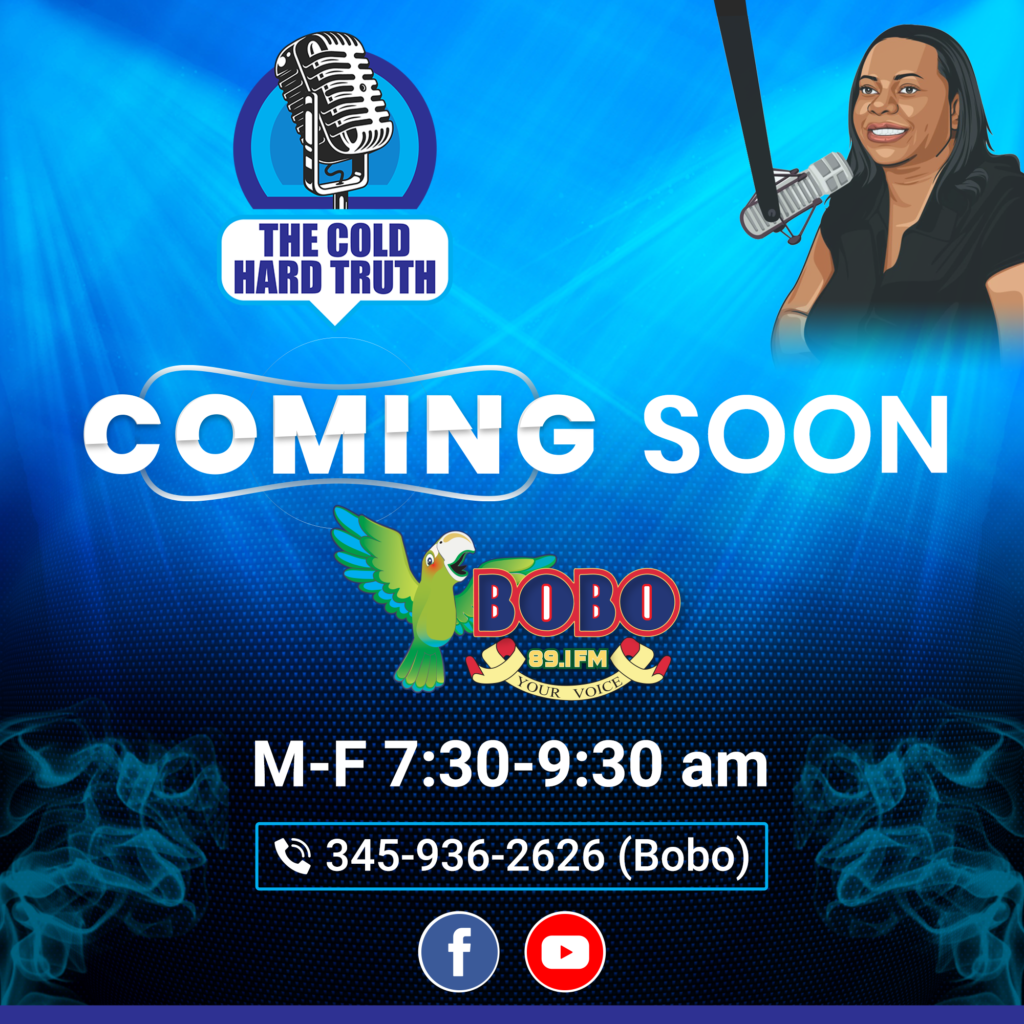 The community station intends to bring together a local and worldwide mix of talk, news, information, eclectic music, arts, and culture in an unprecedented format for all to enjoy.

The Cold Hard Truth first aired in September 2019 as a bi-weekly evening show on Tuesday and Thursday evenings. However, during the COVID-19 pandemic, it was obvious that Cayman was ready for competitive talk in the morning slot and it became a daily talk show in early 2020. The content creator and show host Sandy Hill shared that initially, she thought the popularity was due to the lockdown but soon realized it was a fixture that was here to say.

“I was surprised how many people  continued to tune in despite returning to work.”

Soon the show was averaging 5,000 daily views and it became apparently that the natural progression was to expand the show to radio. A radio audience will be significant to increasing our reach to persons who may not have easy access to the internet. Some mornings TCHT has pulled in over 650 people on the live stream between just two platforms.

The Cold Hard Truth takes a raw, no holds bar approach to topical, regional and international discussion with a remit to keeping all persons responsible. During the 2021 general election it was the go to platform for political discourse and candidate features and interviews. Now callers will be able to call in on a regular telephone to participate in the show discussions.

It will continue to also run on YouTube and Facebook as well as via various podcast platforms such as Amazon Alexa and Spotify.

Advertising with CMR
Interesting in advertising on Cayman's #1 talk radio program? Reach thousands of of people each day!  Contact our sales team today before all slots disappear!