“In devastation and great sorrow, we share the passing of our beloved Cheslie”

(CMR) 2019 Miss USA and attorney, Cheslie Kryst, died this morning after jumping from high-rise Manhattan building. She was 30.

Police confirmed the news with The New York Post that Kryst jumped from the 60-story Orion building around 7:15 a.m. and was found in the street below. She was last seen on a terrace on the building’s 29th floor. She lived on the ninth floor of the building and was alone when she jumped.

Kryst won the Miss USA pageant three years ago as a representative for North Carolina, later placing in the top 10 at the Miss Universe pageant. She was a former complex civil litigation attorney licensed to practice law in North and South Carolina. Since October 2019, she has served as a correspondent reporter for the entertainment broadcast newsmagazine ExtraTV, receiving two Daytime Emmy nominations for her work.

She has spoken about mental wellness on more than one occasion and in October 2019 Kyrst spoke out on Facebook for Mental Health Day about how she coped with stress.

Hours before her death she wrote on her Instagram page, “May this day bring you rest and peace.” 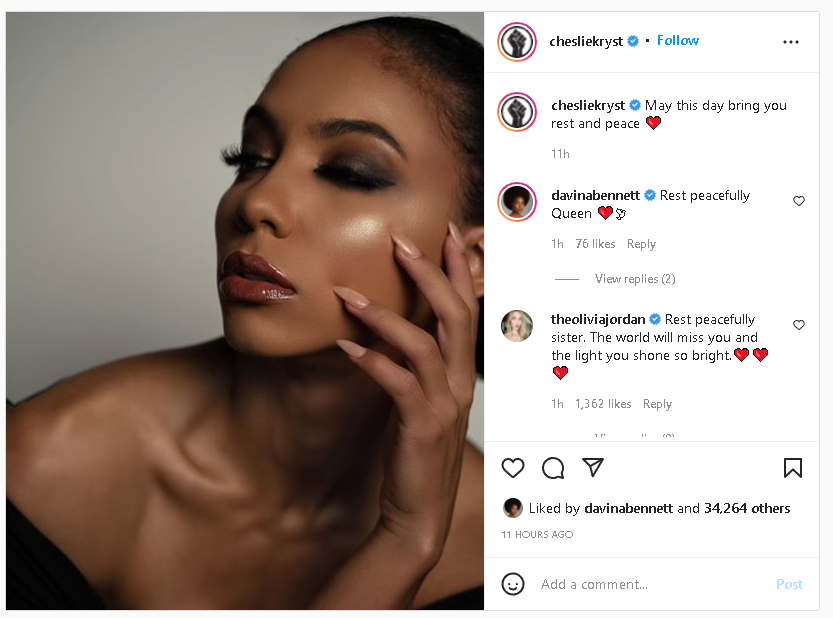 Kryst took the stop honors at Miss USA pageant in 20219 as Miss North Carolina. Last year she was confirmed as the first diversity advisor for North Carolina-based law firm Poyner Spruill’s – the law firm traces its roots back to the 1800s. At the time she shared, “I am honored to return to the firm where I previously served as a member of the litigation team,” said Kryst who was a member of the 90-attorney firm’s litigation team before being crowned Miss USA.

She left behind a note saying she wanted to leave everything to her mother, sources said. The note didn’t include a motive for her actions, sources said.