RUMOR: Several rumors have been making the rounds on WhatsApp community groups including one that shared how a woman was allegedly almost kidnapped in Windsor Park. The post claimed that a young lady was “being stalked by as a silver coloured Ford Explorer” and was saved after running to a neighbor's house.

The detailed message went on to blame poorly lit street lights as a contributing fact and noted that her “motion sensor” shined on the vehicle. It also blamed the unknown work permit renters in the area. It also indicated that more patrols would be requested from the police. 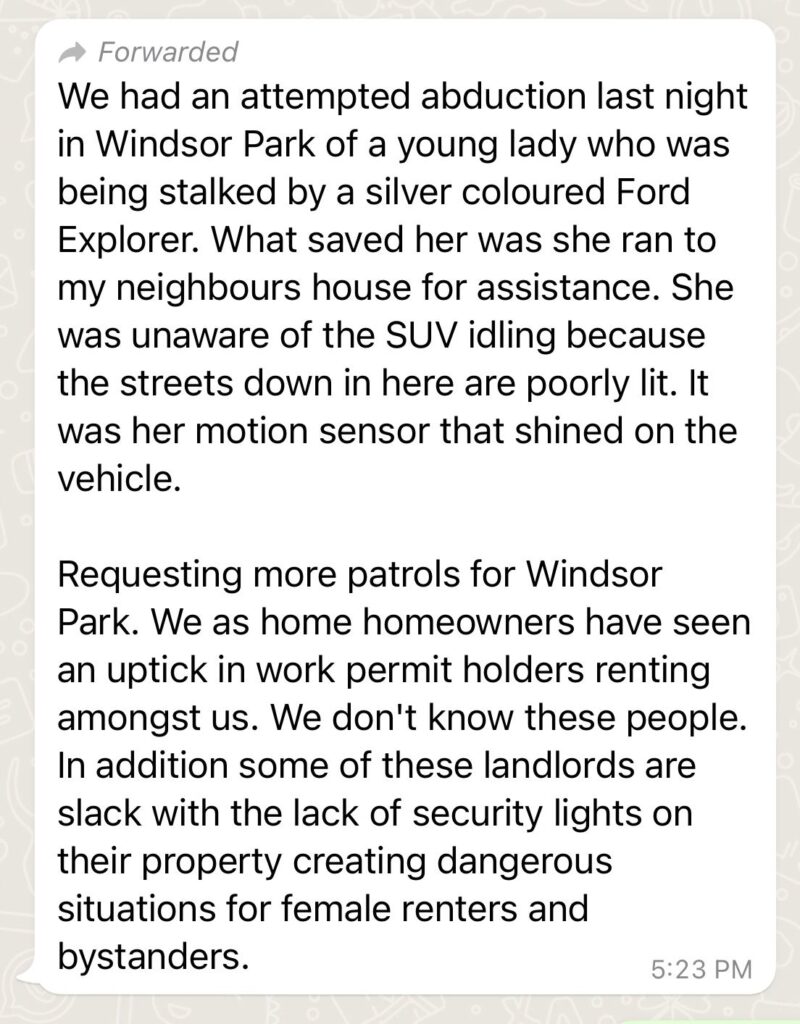 In the same Prospect group there was another message sent Wednesday evening that claimed that there was a planned ambush on an ambulance on Ms. Kitty Lane in Newlands. It claimed that it was thwarted after someone called the police. 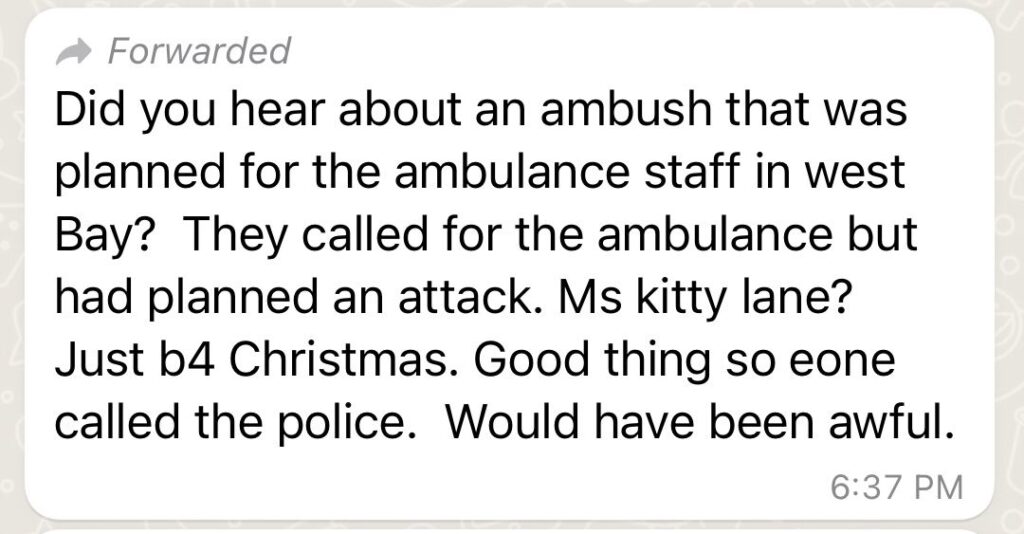 TRUE: Both reports indicate that the police have been advised of these incidents and in the later that they actually prevented the ambush. CMR reached out to the RCIPS and they are unaware of reports of either an abduction or an ambulance ambush.

Subsequent reports are that an older female was following a teenager on Tuesday night around 11:15 pm.

However, the neighbor involved in the alleged abduction reached out to CMR and confirmed the details of the incident including that the individual did say that the car followed her for quite some time from the park and then sped off in the direction of Anthony Drive. MP Barbara Connolly was informed of the incident the following day and she has several calls with them requesting further patrols.

The neighbor wanted to give the alleged victim and her family the opportunity to decide if an official report should be filed with the police. Apparently this has not yet been done hence why they do not have any information on the matter.

As it relates to the ambulance situation CMR is still investigating this as we have been told that there was an incident that occurred with a man whose father recently passed away. We are awaiting further details.