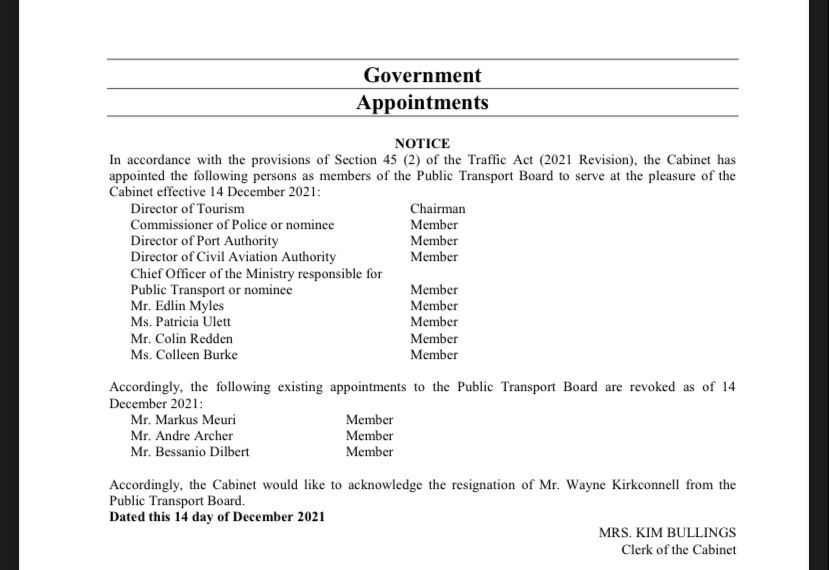 The courts found that he breached public trust at the time after taking advantage of three victims seeking assistance via the National Housing Trust.

The allegations originate from crimes that took place in 2011 and Myles was arrested in October. He was charged in August 2012 and then sentenced on June 26, 2014.

In June 2014 Judge Henderson issued a judgment in which it was explained that Myles had signed a Code of Conduct before taking on his board appointment at that time. He was one of the persons who decided which applicants would receive government assistance and access to some dozen available low-income homes. The Trust has received several hundred applications for the coveted homes.

The sentencing judgment explained how Myles obtained from a Trust employee the private contact details for several applicants and then proceeded to phone three of them purporting to be calling “front the Trust”. In those phone calls, he was attempting to sell them life insurance policies which he then got a commission from. At the time of the phone calls those persons had not yet been approved for any Trust mortgage but were nonetheless convinced that they needed the policies immediately.

None of the applicants ended up with a house subsidized through the Trust. Myles only collected $630 by the time of his arrest. Now retired Judge Henderson noted in his judgment:

“All were in difficult financial circumstances and could ill afford to buy life insurance and pay monthly premiums.”

At the time of sentencing, Myles was 62 and of previously good character with no criminal record but the judge noted that “my distinct impression from listening to his evidence is that Mr. Myles saw nothing wrong with his actions … he denied making the false representations but the jury did not believe his denial.”

The judge considered his actions a breach of trust and noted that he created a bias or at least the impression of a bias when he sold the policies to persons whose applications were pending. He did not inform the board of his conflict nor did he refrain from voting on those applications.

“This was an egregious breach of the Code of Conduct and a definite conflict of interest … a non-custodial sentence would not reflect the seriousness with which an abuse of the public trust such as this is viewed by this court and by the public at large.”

He was sentenced to six months concurrent on each count but appealed the decision which delayed his sentencing by sixteen months. The Court of Appeal upheld the lower court's sentence finding that the six months immediate imprisonment was not excessive and he was immediately remanded to custody after a committal warrant was issued at the request of the prosecution. He also lost his insurance license as a result of the conviction.

Prior to the scandal Myles enjoyed a successful career as an insurance agent, talented musician and was a leading figure in the now defunct United Democratic Party.

No, thanks.
How do you feel after reading this?
Tags: Edlin MylesPublic Transport Boardstandards in public life