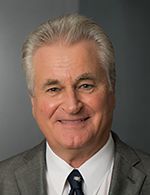 He opened the first accounting office in the Cayman Islands for what is now Ernst & Young and later acted as Cayman correspondent for the international firm Ernst & Ernst. He founded International Management Services Ltd (IMS) in 1974, and in 2015 he was honored by the Cayman Islands Institute of Professional Accountants CIIPA (formerly CISPA) as a pioneer of the industry.

Many people will recall Paul’s earlier days in the Islands, his love of boats and his stint as a dealer for Bayliner and more recently the donation of a boat to the Sailing Club; and who could forget his dallying with nightclubs at the Beach Club and Tiffany’s as well being an offshore racer competing in the Million Dollar Run.

We are happy he stuck with his day job and made IMS the success that it is today!”

No, thanks.
How do you feel after reading this?
Tags: Paul Harris

(CMR) A well-known educator in the US who was one of the first students to attend Triple C School, Mark...