(CMR) The Cayman Islands Government representative to the UK, Dr. Ebanks Garcia, was invited to lay a wreath at the National Service of Remembrance, held at the Cenotaph on Whitehall, London, on Sunday, 14 November.

The ceremony honored the service of the UK Armed Forces community, British and Commonwealth veterans, the Allies that fought alongside the UK, and the civilian personnel involved in the two World Wars and later conflicts to remember and honor those who have sacrificed themselves to secure and protect freedom.

The Secretary of State for Foreign and Commonwealth Affairs has historically laid a wreath on behalf of all the British Overseas Territories. However, since 2001 there has been a campaign by the United Kingdom Overseas Territories Association (UKOTA) for the right to lay a wreath themselves. In 2008 the Labour Government agreed that one wreath could be laid for all Territories by the Chairman of the Association.

This year was only the second time in the National Service of Remembrance history that British Overseas Territories representatives have been invited to lay wreaths for citizens of their respective Territories, in their own right. A very significant step in recognizing the Overseas Territories’ efforts and sacrifices for the United Kingdom. 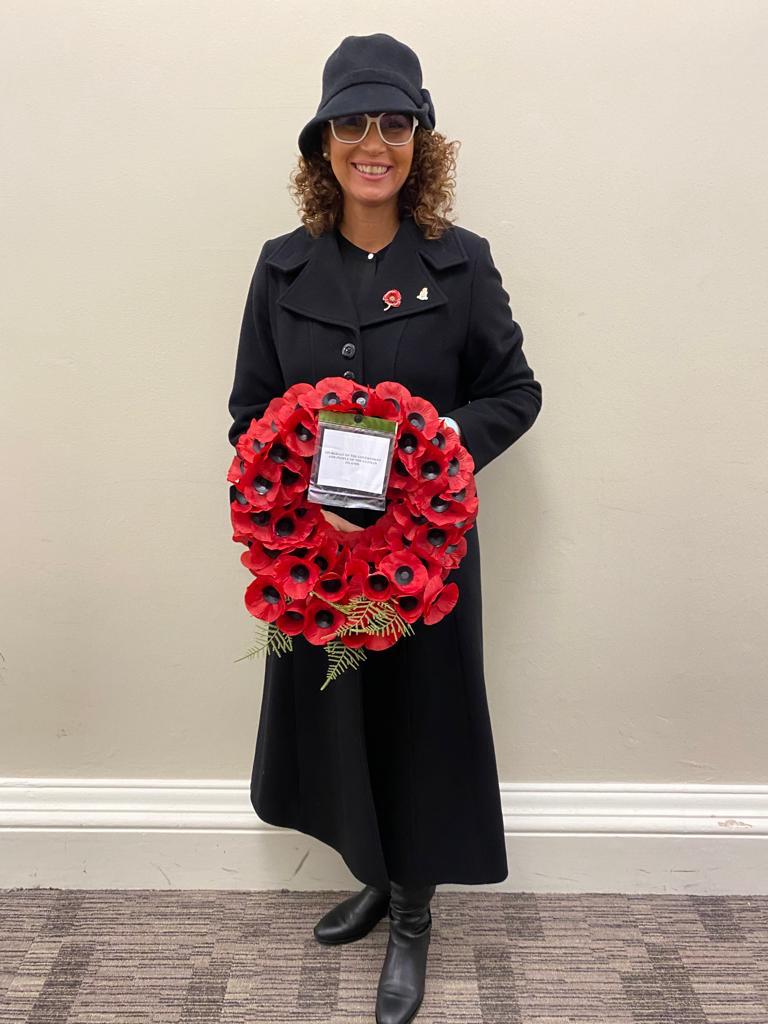 Cayman Islands Representative to the UK and Europe Dr. Ebanks Garcia attended the ceremony to lay a wreath to remember the valiant contribution of citizens of the Cayman Islands, who fought and died for the British Crown in both World Wars and later conflicts.

Dr. Ebanks Garcia commented: “It was such a privilege and an honor to represent the people and Government of the Cayman Islands at the national Remembrance Day ceremony held in London at the Cenotaph on Whitehall. The opportunity to participate in this ceremony of remembrance will certainly be a highlight of my time of service in the UK. To those who served and gave their lives, we pay tribute to you today.”

No, thanks.
How do you feel after reading this?
Tags: Remembrance DayUK