RUMOR:  A rumor began this afternoon out of a group calling itself Caring Caymanian Culture that the country was preparing to go into a lockdown starting with the Brac on Friday. Numerous people appear to have given this rumor some credibility as it then made the rounds on WhatsApp messenger outside the group.

Numerous persons reached out to CMR to verify the rumor. 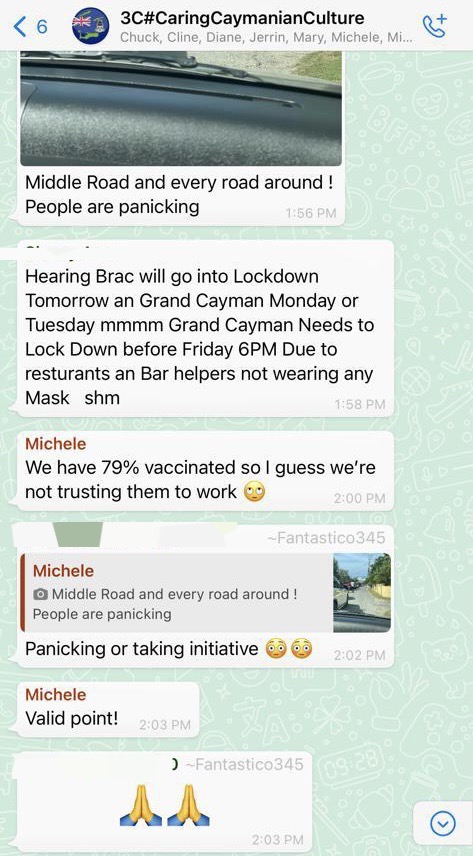 FALSE:  After doing so investigations into the matter CMR can confirm that there have been no discussions at any official level about the country going into lockdown.

Sadly, this caused some persons in the WhatsApp group to panic and unnecessarily stock up on groceries. Well-placed sources are encouraging the public to be extra cautious about where they are getting their news from. One person noted that these groups are a cesspool of misinformation and some individuals have a reputation for sensationalism.

Under the previous administration the Progressives government took the spreading of COVID-19 rumors seriously by warning people they could face potential prosecution for fearmongering and the spreading of unfounded rumors. During the height of the pandemic several persons were arrested for the sharing of misinformation but it does not appear anyone was charged in the end with the offense.

From all appearances, the government is continuing to move forward with its Phase 4 preparatory plans for re-opening the country on November 20.

Public Health and other supporting agencies are managing the current outbreak of the pandemic.