US employees warned to avoid violent areas of Kingston, Jamaica

(CMR)  Due to a sharp increase in shootings and gun-related violence over the past two weeks, the US Embassy has issued a warning to all US government employees not to travel to August Town in  Kingston, Jamaica.

The Embassy has also prohibited employees and US citizens from traveling to several communities, using public buses, and driving outside of proscribed areas of Kingston at nights. 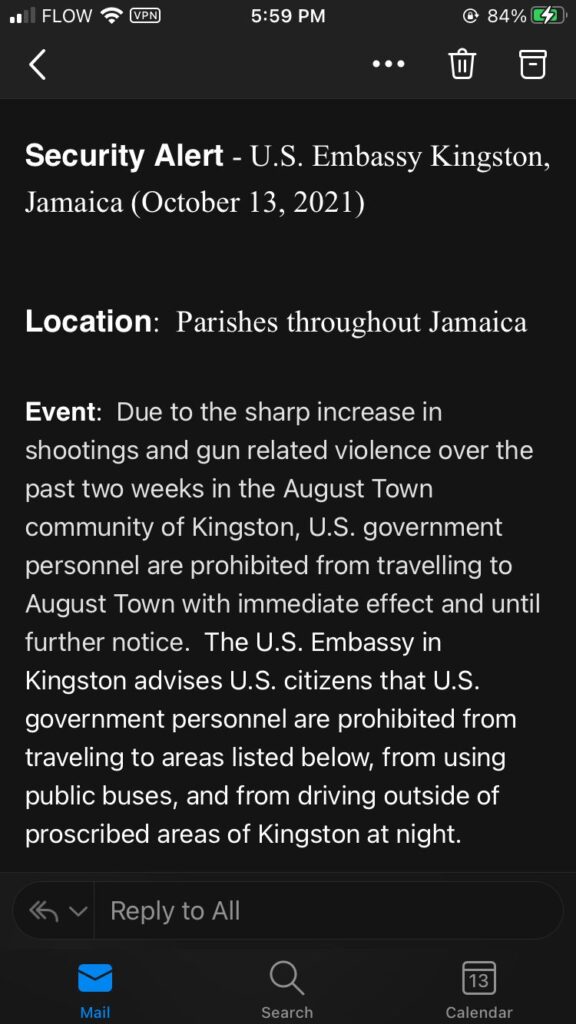 The Jamaica Constabulary Force reported that about 2 o'clock, a team intercepted a vehicle in which armed men were believed to be traveling. Dog Paw reportedly alighted the vehicle and opened fire at the police in Elletson Flats.  There was a reported shootout, and Dog Paw was found suffering from bullet wounds. He was taken to hospital, where he was pronounced dead.

Police said they expected reprisals for killing the gang leader who was released from prison earlier this year after having a 15-year conviction overturned for shooting at a police team in Papine.

No, thanks.
How do you feel after reading this?
Tags: US Embassy

Former Belizean Minister and family ‘designated’ by US for corruption

(CMR) Former Belizean Minister John Birchman Saldivar and his immediate family have been 'designated' by the United States due to...