His owner's baby sister stepped outside to retrieve something and didn't realize that Storm had followed her out. She then returned inside the home and locked the door, inadvertently leaving ‘Storm' locked outside. His absence was noticed about 45 minutes later, but he has not been found despite a thorough search of the home, yard, and surrounding neighborhood.

‘Storm' is a full-bred Shih Tzu weighing 12 lbs. He is beige and tan colored and has a very pronounced underbite.

His hair is a bit fluffy right now, and he is wearing a primarily blue collar with a black design. He is very wary of strangers and small children and may growl or bite if he feels threatened.

The family is begging for the safe return of their dog. They are very concerned for his well-being as he is an indoor dog with severe separation anxiety issues, and he takes daily medication.

‘Storm' is a young girl's pet, and she is very upset that this has happened again given his recent disappearance during TS Grace. 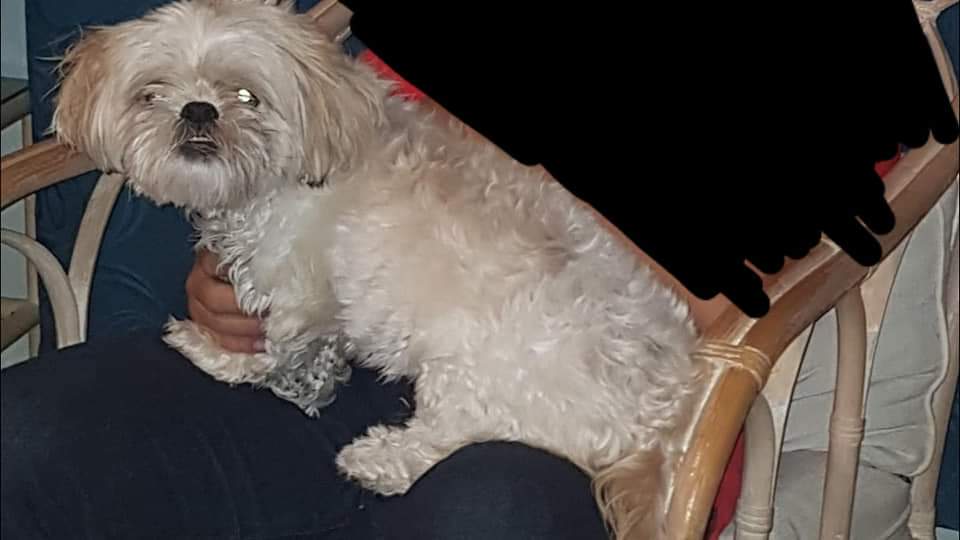 ‘Storm' is neutered and CANNOT BE USED FOR BREEDING!! He is also microchipped, so he will be easily identified if he's found.

If anyone has ‘Storm' or has any information regarding his whereabouts, please contact Eldon Rankin at 916 5366
or Anya Rankin-Christian at 925 9950.

A cash reward is being offered for his SAFE return!

No, thanks.
How do you feel after reading this?
Tags: Missing animals