“Excited to be part of the team, as part of this project and to fight for elevation. I want to make the team proud”

(CMR) Caymanian footballer, Joshewa Leandro Frederick-Charlery (24) continues to make big strides in the world of football across the world. He has just signed with OTP United in the third division in Finland. He is the newest contract player in OTP.

It was just December when he was signed by first division football team Ngaruawahia United Association Football Club in New Zealand after Ottawa Pro Sports Management (OPSM) took him on as a client. The New Zealand based football club was Frederick’s first professional team.

OTP has played 16 seasons in the Finnish premier divisions Mestaruussarja and Veikkausliiga. After that, there was a short-lived merger with OLS called FC Oulu in the early 1990s. OTP was re-established in 1995 as FC Oulu defunct. 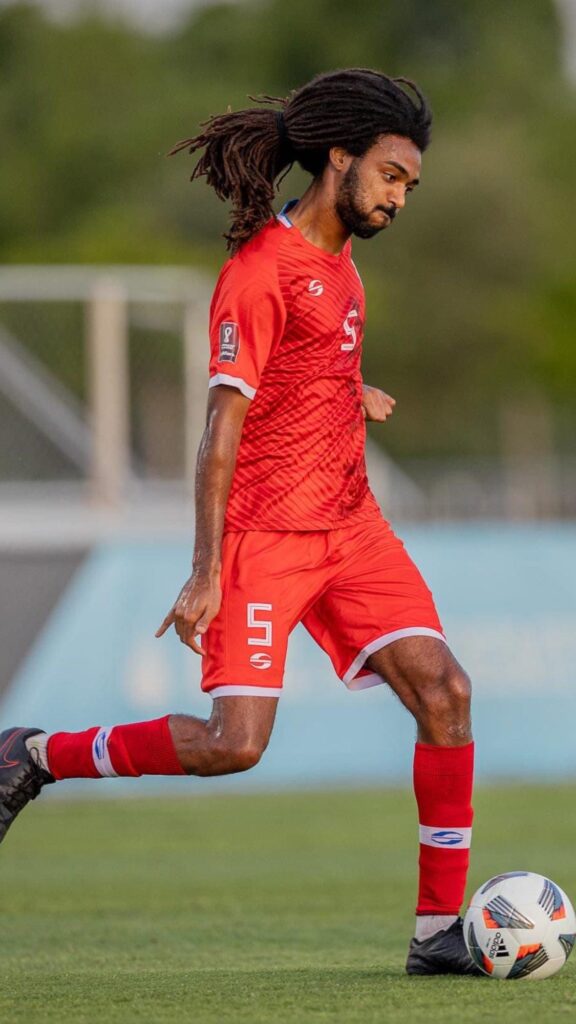 Joshewa has played football since 2004 in the U13, U15, U17 and U21 and men’s local leagues. He subsequently went on to develop into a sought-after Premier League player competing for such outfits as Bodden Town and Academy football clubs. For most of his local football career Joshewa has also played for Cayman Athletics Sports Club.
The George Town player has represented the Cayman Islands as a national footballer at U20, U23 and in the senior men's team in Caribbean Football Union, Olympic, CONCACAF and FIFA competitions in countries such as Curaçao, Haiti and Belize, as well as on home turf.
Joshewa has also coached the U11 side and refereed matches in the local primary school league, all in an effort to give back to the community which has groomed and supported his sports career.
His junior football career was noteworthy for many highlights. These include his team Cayman Athletics Sport Club: winning the U 17 league championship, placing third in the Disney International Cup and being the U13 Football Association Cup champions in the 2009-10 season. On an individual level, Joshewa’s superior football talents were recognized and he was the Golden Boot winner for the U15s in both the 2010-11 and 2011-12 seasons.
In May of 2017, he graduated from Northwest Kansas Technical College with an associate degree. He was highlighted at that college as Sportsman of the 2016 season and was the college team's football captain in his senior year. He went on to pursue a bachelor's degree at Longwood University.

No, thanks.
How do you feel after reading this?
Tags: FootballJoshewa Leandro Frederick-Charlery