(CMR) The public is being reminded to adhere to the National Conservation Act after a turtle was rescued from a net in a protected area on Tuesday.

Reports are that a member of the public notified the Cayman Islands Coast Guard  (CICG) that a turtle was caught in a net that was attached to two buoys. The reporting party provided detailed information on the location of the distressed turtle, and CICG officers were able to respond and locate it. The trapped turtle was subsequently released and no visible injuries were observed. The net and buoys were retrieved from the water, and it appeared as though the net was designed and set specifically to entrap turtles.

This particular species of turtle was a hawksbill and is considered to be critically endangered by the World Wildlife Organisation and other conservation specialists. Additionally, the area where the hawksbill turtle was rescued is a designated Environmental Zone that strictly prohibits the taking of any marine life.

CICG is advising the public to ensure that they are adhering to the  National Conservation Act, which strictly prohibits the taking of any turtle from its Cayman waters, the taking of any specimen from protected areas, and the importing of unsanctioned specimen into the Cayman Islands. 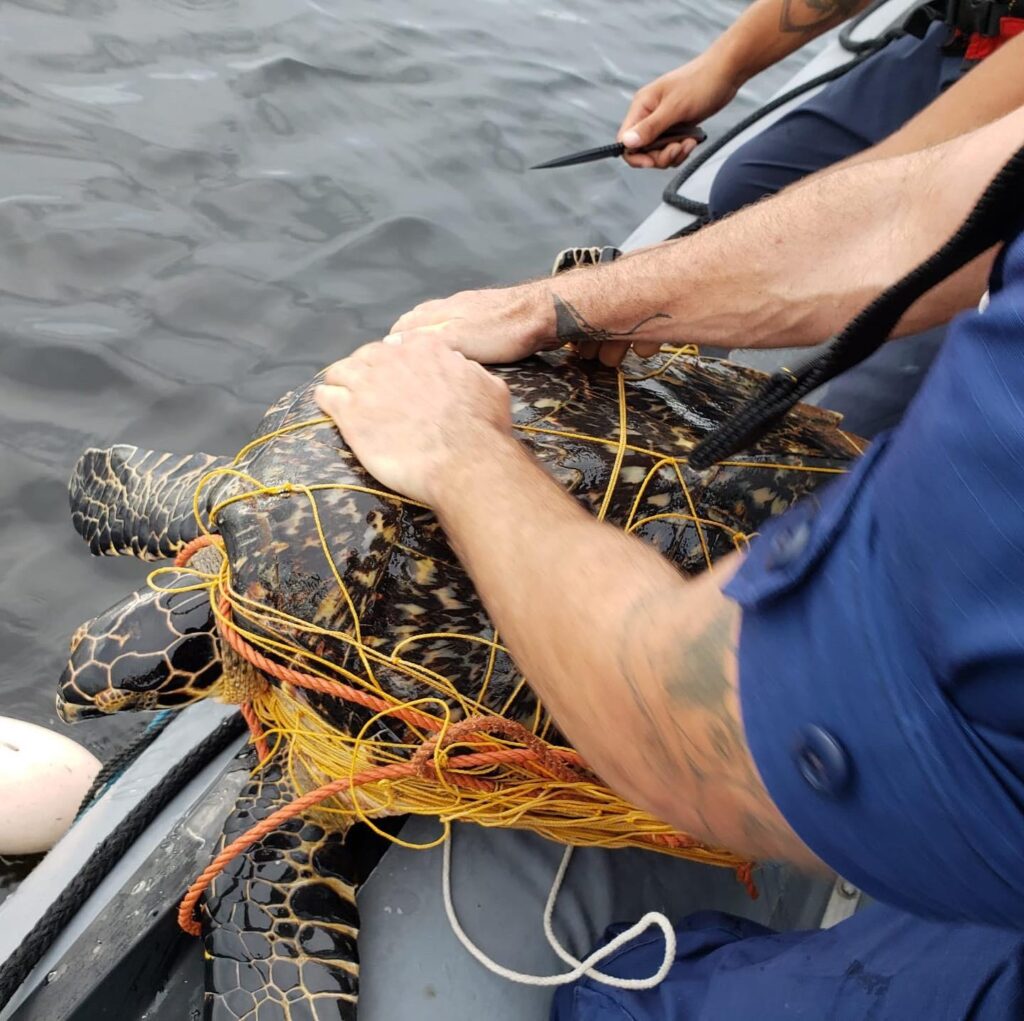 Anyone found in breach of this Act will be liable on conviction to a fine of CI$500,000 or four years in prison or both. In conjunction with these acts, any vessel or equipment used in the commission of these offenses may be forfeited to the crown.

The CICG is encouraging the public to report any suspicious or illegal activities they see while out at sea, including poaching of any kind, by calling 9-1-1 for immediate attention by the CICG or other relevant agencies.

“On behalf of the CICG, we express our gratitude to the two members of the community who brought this matter to our attention and who no doubt played a critical role in helping to save the life of one of Cayman’s and the world’s endangered species,” the  RCIPS said.

No, thanks.
How do you feel after reading this?
Tags: Cayman Islands Coast Guardturtle rescue