(CMR) J’Dante Mark Ramoon (21) was remanded to Northward Prison after he informed the court that he had been kidnapped in relation to the recent Vic's Bar murders. He claims that his kidnappers removed his electronic monitoring device before releasing him.

The fanciful story was relayed to the Court via his attorney who shared that her client had given her instructions to inform the court that a group of men kidnapped him in a van. Apparently, they wanted to question him about the murder and multiple shooting incident at Vic's Bar that occurred earlier in the month.

He claims the matter had been reported to the police for further investigation. 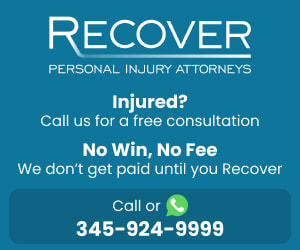 After some time they released him but before doing so they decided to cut off his ankle bracelet which the police had fitted him with as part of his bail conditions. He has been charged with burglary and the removal of the monitoring bracelet would constitute a separate offense.

The judge was not phased by his story and instead instructed that he be sent immediately to prison noting that “in those circumstances, the best place for him is to remain in custody.”

His bail was withdrawn and any further application was denied by the court.

No, thanks.
How do you feel after reading this?
Tags: electronic monitoringJ’Dante Mark Ramoon

(CMR) A man accused of breaking into a woman's home and raping her last month denied the charges when he...