Armed patrols to increase in light of gun crime

(CMR) The National Security Council has agreed to a series of measures to be pursued urgently in response to two separate shooting incidents in different locations in George Town over the past week, which left two dead and eight injured.

An emergency meeting of the National Security Council was held on Friday, 9 July, where it was decided that there would be increased armed patrols in high incident areas and at liquor-licensed premises. There will also be an increase in vehicle checks along roadways to run in parallel with Operation Quaker.

The NSC also proposed an increase in CCTV coverage on major roadways and in known hotspots. Also, there will be an offering of a significant monetary award of $50,000 via Crime Stoppers for information leading to arrests or confiscation of illegal firearms.

Other measures are being actively considered and will be announced at a later date.

His Excellency the Governor, Martyn Roper, noted, “While both cases remain under active investigation by the RCIPS, the National Security Council met for a briefing by the Police Commissioner.  The Director of Customs and Border Control also attended the meeting and provided updates on efforts to intercept illegal firearms entering through the Cayman Islands’ ports.

“It was important that the National Security Council agreed some immediate actions to be taken, as these incidents are extremely shocking and most worrying to members of the community.”

His Excellency continued: “Our immediate focus remains on catching all perpetrators and those involved in these crimes.  While we remain confident in the RCIPS, we also need the full cooperation of the community, to identify those involved and remove illegal firearms from our streets”. 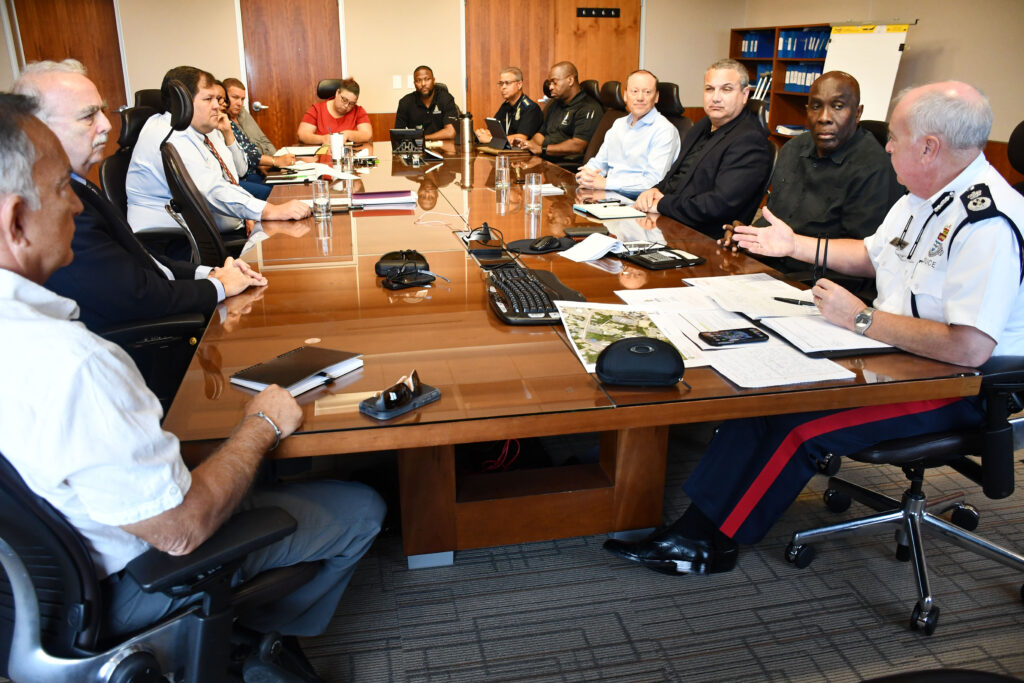 Premier, Hon. G. Wayne Panton, said that all assets would be deployed.  Helicopters will become more visible, using their spotlights in business and residential areas. Marine resources will be utilized to address the immediate need, as well as the larger problem of the importation of illegal firearms.

“These shootings have involved so many innocent bystanders,” said Panton. “These people who were injured could have been killed, and they could be members of any of our families. That is why I am imploring anyone who has information or who has seen anything to come forward to help the authorities address these gun crime issues.”

Leader of the Opposition, Hon. Roy McTaggart emphasized the importance of uniting as a community to tackle this issue.

“The Opposition stands in support of the measures being put forward by the NSC to decisively address these deeply disturbing gun crimes.  I urge the community to do their part to help remove these guns from our society,” he said.

The National Security Council will meet again on Tuesday, 13 July.

No, thanks.
How do you feel after reading this?
Tags: National Security Council

(CMR) The Ministry of Border Control and Labour, on behalf of the Department of Labour & Pensions (DLP) has announced...

(CMR) Deputy Premier Chris Saunders has described Cayman's current migrant situation as a crisis and has indicated that the cost...