by CMR
in Tourism
0 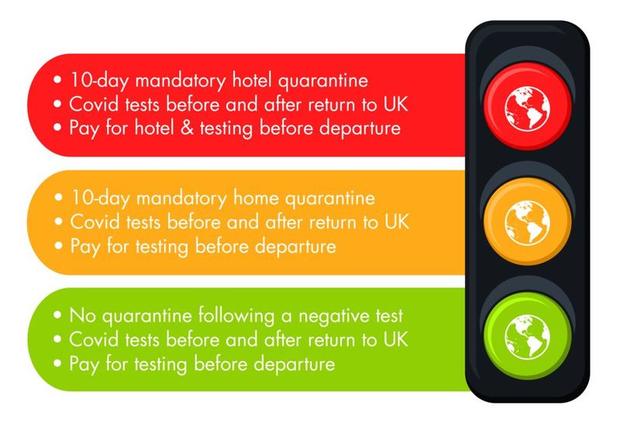 UK Transport Minister, Grant Shapps has today announced a further update of the red, amber and green (RAG) rating lists for inbound travel to England Thursday morning with Cayman being moved from the amber list to green. This decision has been welcomed by the Governor's office who issued a statement earlier this afternoon that read in part:

I am delighted that Cayman has been added to the green list. This is welcome recognition for Cayman’s outstanding response to the global pandemic. This move from amber to green comes as a result of a huge effort from the Ministry of Health, HSA and my office.  I was also grateful to the Premier for writing to the UK Minister. My office has continued to provide updated information to the UK Department of Transport on Cayman’s Covid situation.

HE The Governor, Martyn Roper

In total, the Department for Transport (DfT) has added 16 destinations to its quarantine-free lists, with changes due to take effect next Wednesday.

In addition, Madeira, the Balearic Islands, Israel & Jerusalem were also moved to the green list while six countries including Tunisia, Dominican Republic and Haiti will be put on the red list. All these changes will come into effect from Weds 30 June at 4:00 am.

Spain, Portugal and Italy remain on the amber list. This means Brits must self isolate for 10 days upon returning to the UK.

No, thanks.
How do you feel after reading this?
Tags: UK travel restrictions

AA plane to Cayman grounded with passengers for hours

(CMR) Passengers on an American Airlines flight from Miami to Grand Cayman said they spent hours stuck inside the plane...

(CMR) Cayman Airways Limited (CAL) will be standardizing its various baggage fee charges for the first two checked bags on...