It is not clear if others are trapped in the rubble; however, a massive search is being undertaken to find anyone trapped. Eight persons have been hospitalized.

Images showed large sections of the 136-unit oceanside Champlain Towers South, in Surfside, near Miami Beach, which was reportedly built in 1981, in ruins on the ground.

“This is a catastrophic failure of that building. It looks like a bomb went off but we are pretty sure a bomb didn’t go off so it’s something else,” Surfside Mayor Charles Burkett told Today News

“Apparently, when the building came down, it pancaked, so there’s just not a lot of voids that they are finding or seeing from the outside,” added Burkett.

He said there “hadn’t been many hits” for search dogs combing the wreckage.

Investigators are still trying to determine what caused the building to collapse. 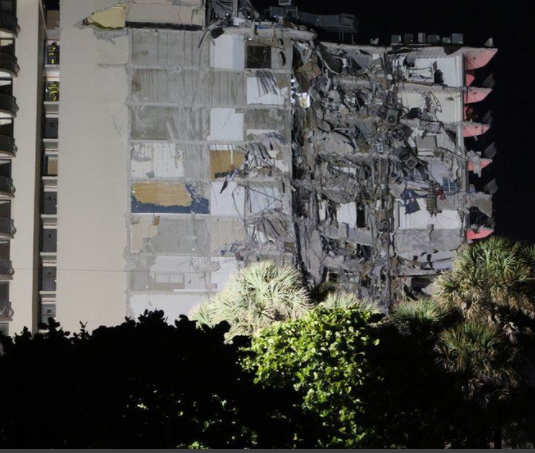 No, thanks.
How do you feel after reading this?
Tags: building collapseMiami

(CMR) At least 68 people were killed Sunday when an aircraft with 72 aboard went down in central Nepal. This is...

UK and US looked to expedite removal of migrants

(CMR) Free condoms are now available to young people under the age of 26 at French pharmacies, while emergency contraception...

(CMR) Former Pope Benedict XVI has died almost a decade after he resigned because of ailing health. He was 95...

UK wants travelers from China to do COVID tests

(CMR) With several countries, including the UK and the US, requiring a negative COVID-19 test from China arrivals, locals are...