Sithole and her partner Tsotetsi

(CMR) A South African woman who claimed she gave birth to 10 babies earlier this month is being held in a psychiatric facility after checks made by authority failed to confirm the birth of the babies.

Gosiame Thamara Sithole has been admitted to a psychiatric ward in Tembisa, South Africa.

Police officers apprehended the 37-year-old at a relative’s house in the northern township of Rabie Ridge, near Johannesburg.

According to the Independent, she was taken to a police station in the suburb of Chloorkop before officers passed her case on to social workers, who then admitted her to Tembisa Hospital’s psychiatric ward for a mental health assessment.

Sithole had not been seen publicly since she claimed to have given birth to decuplets on 8 June, including by her boyfriend, Tebogo Tsotetsi, the father of the babies.

Tsotetsi, who initially told Pretoria News that his girlfriend had given birth to seven boys and three girls, no longer believes that the ten babies exist.

The South African Authority issued a statement on the matter. 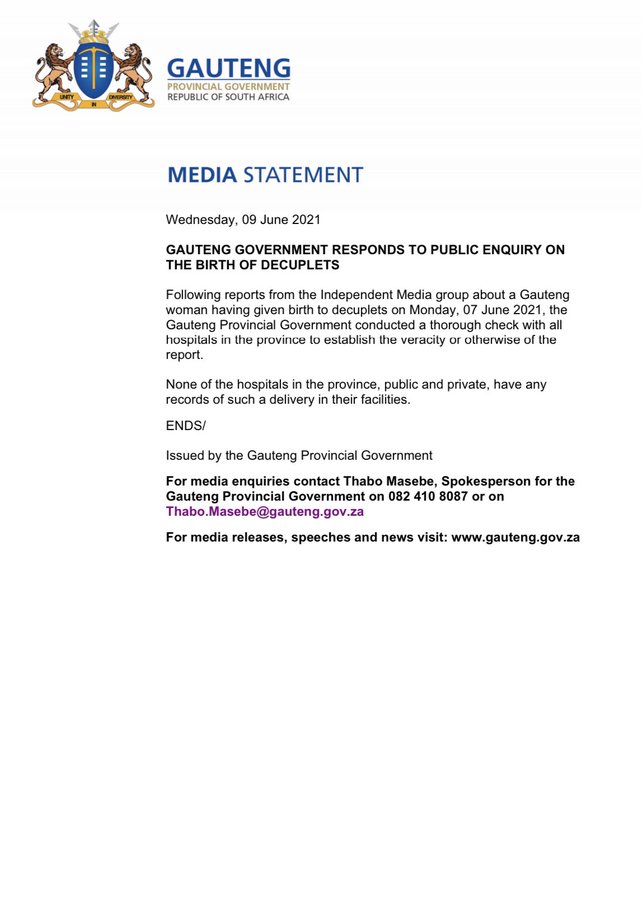 No, thanks.
How do you feel after reading this?
Tags: decuplets

(CMR) A couple abandoned their baby at an airport check-in desk in Tel Aviv, Israel, after they were told their child needed a...