DES Acting Director Tammy Hopkins is photographed with members of the JGHS Junior steel band after presenting them with their trophy.

Held in collaboration with the Cayman National Bank, the Amin Mohammed Steel band Festival is the final event on the 2021 National Children's Festival of the Arts (NCFA) calendar.

At the event, members of the audience were treated to performances from eight soloists and steel bands from as many schools, a vast number of whom were coached by pannist extraordinaire Earl La Pierre Sr. who was also honored by Cayman National Bank for his iconic work in sharing his passion for steel pan music with the children of the Cayman Islands. 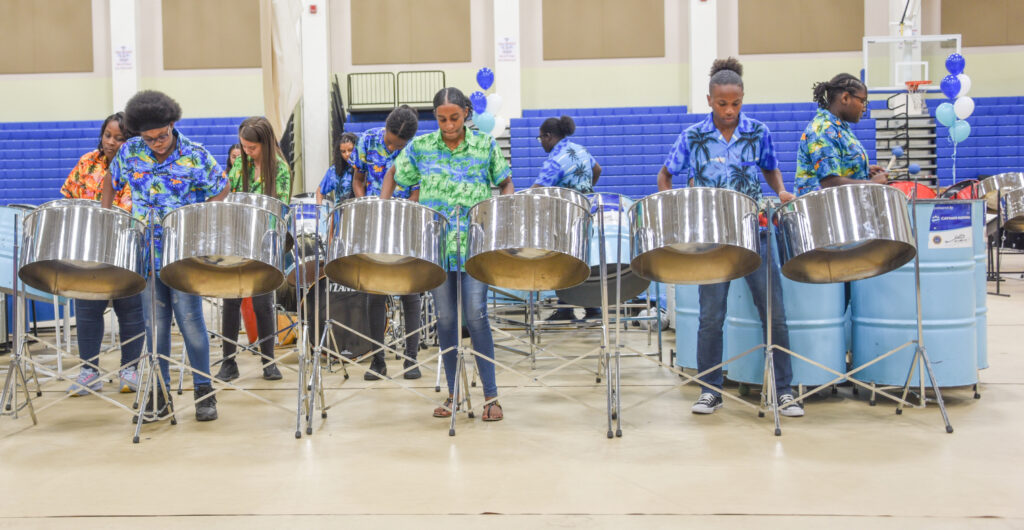 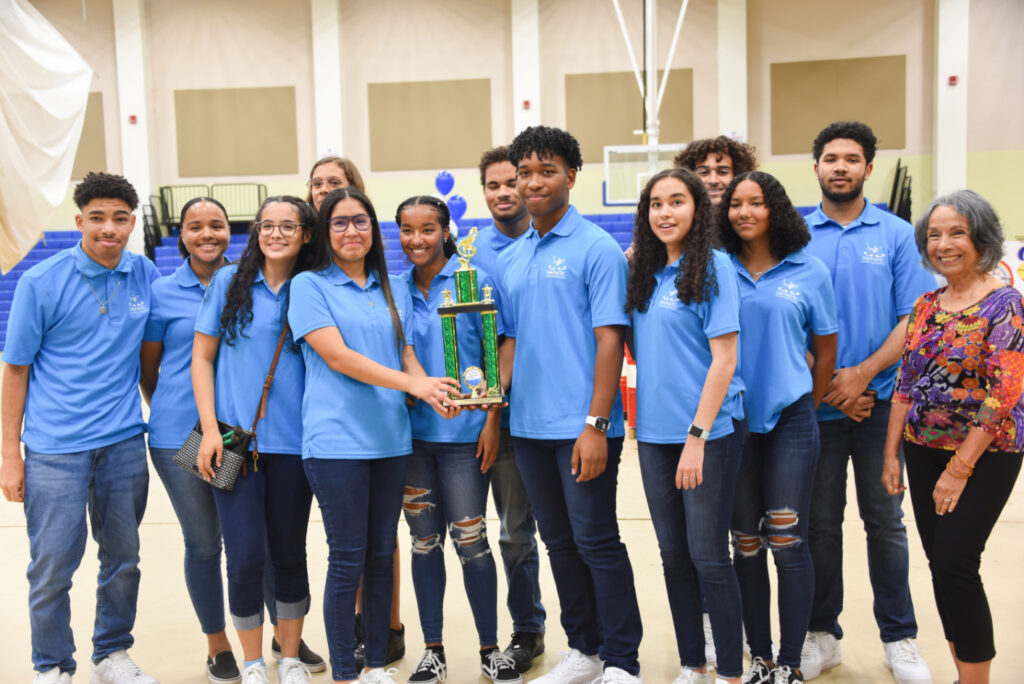 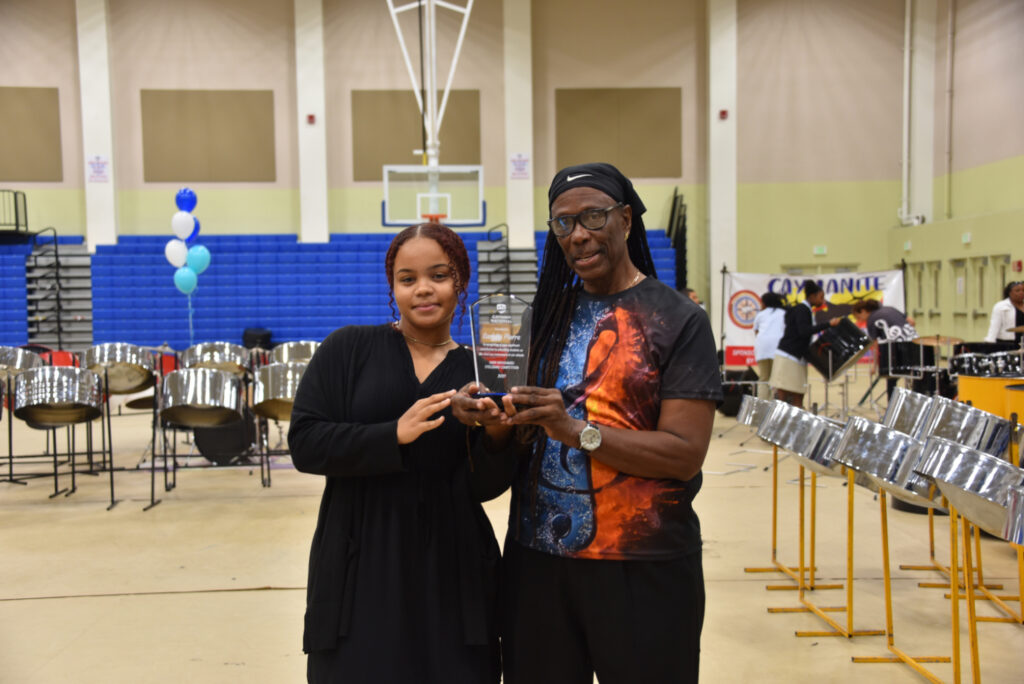 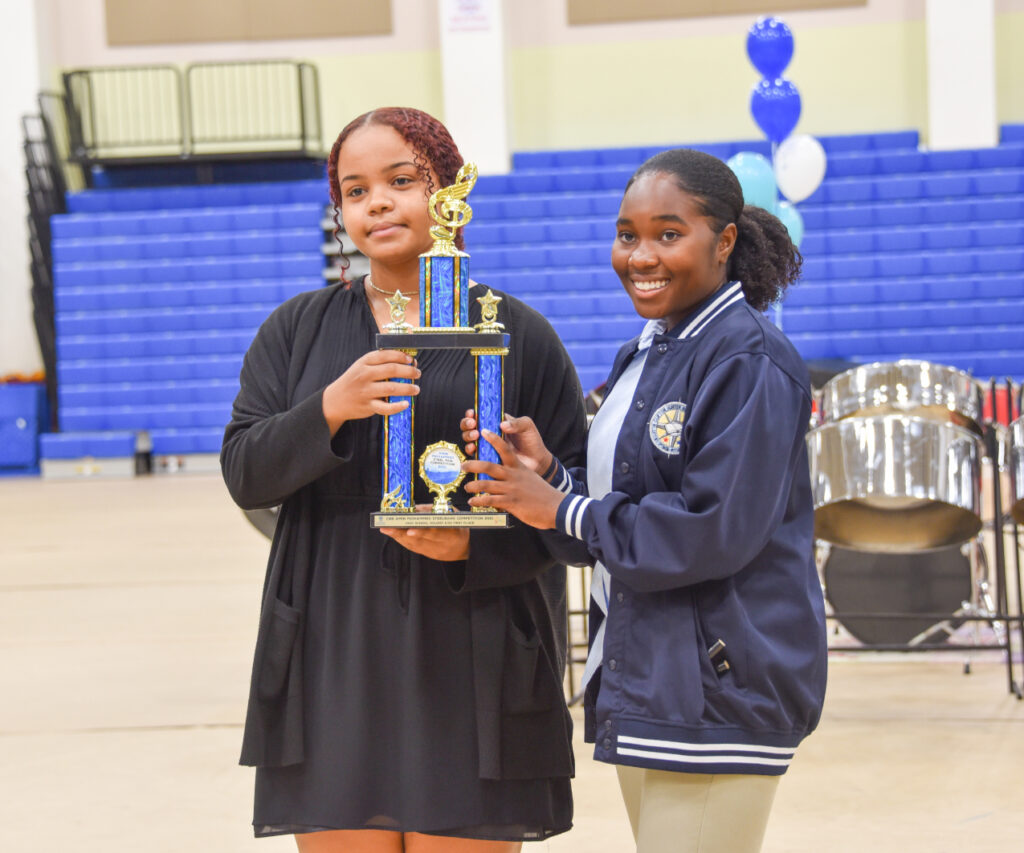 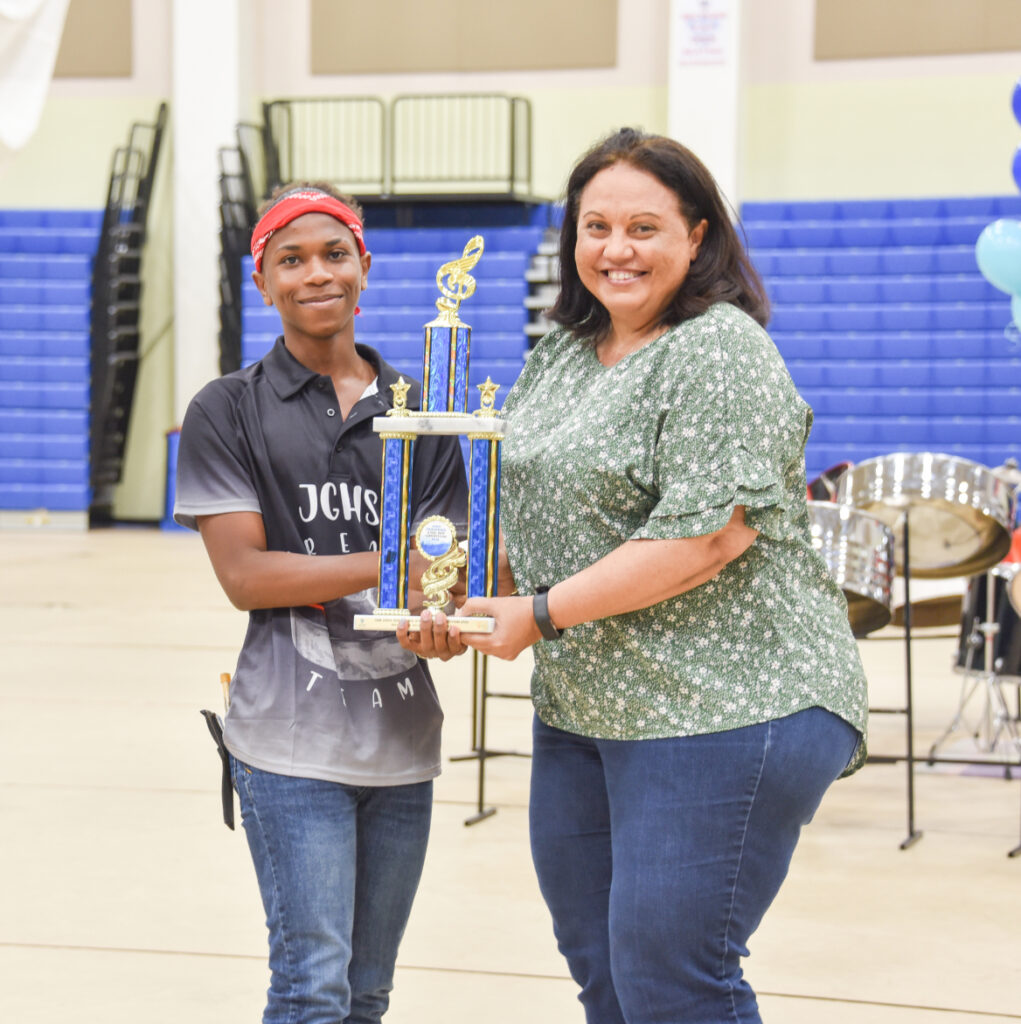 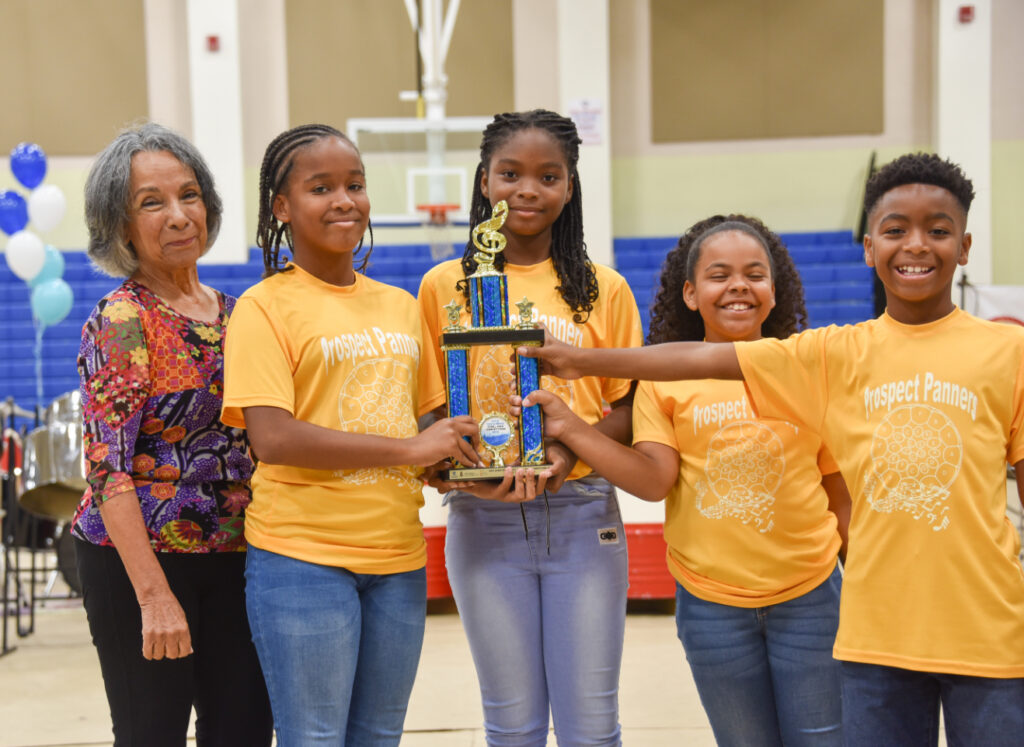 A team of esteemed judges, including former education officer responsible for the performing arts Stephanie Williams, steel pan enthusiast Ken Figuero, renowned musician George Jones, and  Emerald Mohammed, who has served as a band manager and adjudicator at most of the local steel band competitions, had the unenviable task of selecting the top three entries from each category.

Jones outlined the adjudication process. “As adjudicators, we assessed factors such as musicality, i.e., how the bands interpreted the pieces that they were playing, the tone of the bands, the consistency of the rhythm, as well as the overall performances. In other words, how bands related to the audience and how they expressed themselves through the performance.”

Clifton Hunter High School's Micah Leon was declared top soloist in the Junior Category at the end of the adjudications. Joshua McLean of the University College of the Cayman Islands (UCCI) was selected as the top senior soloist. First-place winners in the band competition included Prospect Primary School's (advanced group), which won the Primary School Band Competition, and John Gray High School, which won the junior band category.  Cayman Prep School topped the senior band category, and UCCI Pandemix won the open category after an energetic performance of Savannah Grass.

DES Director Tammy Hopkins thanked all the partners and stakeholders for their continued support of the event. “I wish to take this opportunity to express our sincere gratitude to Cayman National Bank for their continued and unwavering support throughout the years. I would also like to express our gratitude and appreciation to all the teachers and students who have participated in this year's competition, for without you, this competition would not be possible,” she remarked.

Speaking on behalf of Cayman National Bank, employee Cassie Dawkins also expressed gratitude to all the parties involved in the successful staging of the event.

“We take this opportunity to thank all the parties involved for their continued commitment to making this amazing event possible. Cayman National is honored to continue participating in this culturally-rich event as the main sponsor allowing the youth the showcase their talents,” she stated

DES Acting Customer Service Manager Gloria Bell described the night's performances as a ‘testament to the continued growth and development of performing arts in our schools.'

The winners received trophies courtesy of Cayman National Bank and DES. They will also receive cash prizes to complement their prizes.