McLaughlin spoke of independents betraying the Progressives on election night

“Real threats of violence, and people I know felt real fear if they did or didn't do certain things. Two expressed fear that something bad was going to happen to them if they didn't do what MarlRoad was advocating they should do – that becomes part of a government of independent rather than joining the Progressives.”

(CMR) The Progressives held its first opposition press conference this afternoon claiming that they will be offering a fair and robust opposition and there were no regrets from the election.

Former Premier Alden McLaughlin claims that he was blind-sighted by the independents because his group had arrangements with four of them to form the government before election night. Whilst he did not share which four he was referring to he noted that the Progressives had offered financial support and campaign advice and he was taken aback by the fact that then signed on with Wayne Panton on election night.

He further noted that he was not prepared for that outcome and felt that it was not something that happened overnight; implying that those independents were double agents. 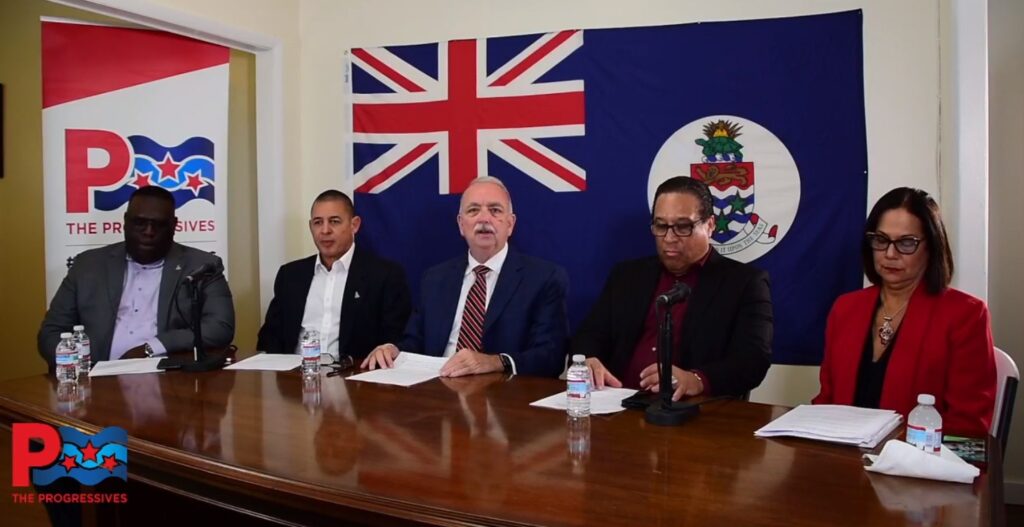 McLaughlin went on to say that some candidates felt threatened by Cayman Marl Road during the post-election protests implying that had it not been for the protests they would have been able to flip independents to the Progressives side.

Relying on his interpretation that these protests amounted to threats and was an “impingement upon the choices that MP have to make and is just wrong” he noted that it should never be allowed again.

McLaughlin spoke more than McTaggart and also lambasted the “hypocritical decision” of Premier Wayne Panton to form a government with Speaker McKeeva Bush. Referring to “a very long message” on his phone which he will keep forever he stated that Panton was resolved at that time that the only way for him to remain with the Progressives was to have Bush removed as Speaker during his last tenure.

He also noted that “the jury is still out on whether this government can last” and referred to them as “highly inexperienced”.

In a prepared, read statement Roy McTaggart, Leader of the Opposition listed out their shadow ministers and also welcomed the government's press briefing which was held last week. He noted he was pleased that the government was following their “sensible border re-opening policy” that they established whilst in office. He noted that waiting to obtain 75-80% vaccination levels before re-opening was the sensible approach.

Throughout his speech, he continued with what a great fiscal position the Progressives government left the country in and encouraged the government to increase the displaced tourism stipendd to KYD $2,000 per month.

When asked about the departure of the Minister of Education, Julianna O'Connor Conolly, McTaggart confirmed that she has not resigned from the Progressives. However, he believed she was the best person for the position of education minister.

It was revealed that Alliance member MP Dwayne Seymour has not joined the Progressives. He stated he had no intentions of working with anyone else and that the people had elected him on the basis of him being able to continue his work with the Progressives.

Bush stressed ahead of criminal rulings
Wilks expected to be speaker
McKeeva Bush announces he will retire from politics
Russia adds the Cayman Islands to unfriendly list
Share your vote!

No, thanks.
How do you feel after reading this?
Tags: Alden McLaughlinProgressives