His Excellency the Governor, Martyn Roper (second from right) with the three Parliamentary Secretaries (from left) Isaac Rankine, Heather Bodden and Katherine Ebanks-Wilks

(CMR) The Cayman Islands Government’s three Parliamentary Secretaries received their instruments of office for their appointment yesterday, Tuesday, 27 April 2021, from His Excellency the Governor, Martyn Roper, at his office in the Government Administration Building (GAB).

Parliamentary Secretaries are appointed under Section 54 (A) of the amended Cayman Islands Constitution. They are elected Members of Parliament, and they provide assistance to Cabinet Ministers.

Katherine Ebanks-Wilks, the Deputy Speaker of Parliament, received the document from the Governor to serve as the Parliamentary Secretary to the Minister for Financial Services Andre Ebanks and Minister for Education  Juliana O’Connor-Connolly.

The Governor and the three Parliamentary Secretaries signed the instruments as required. 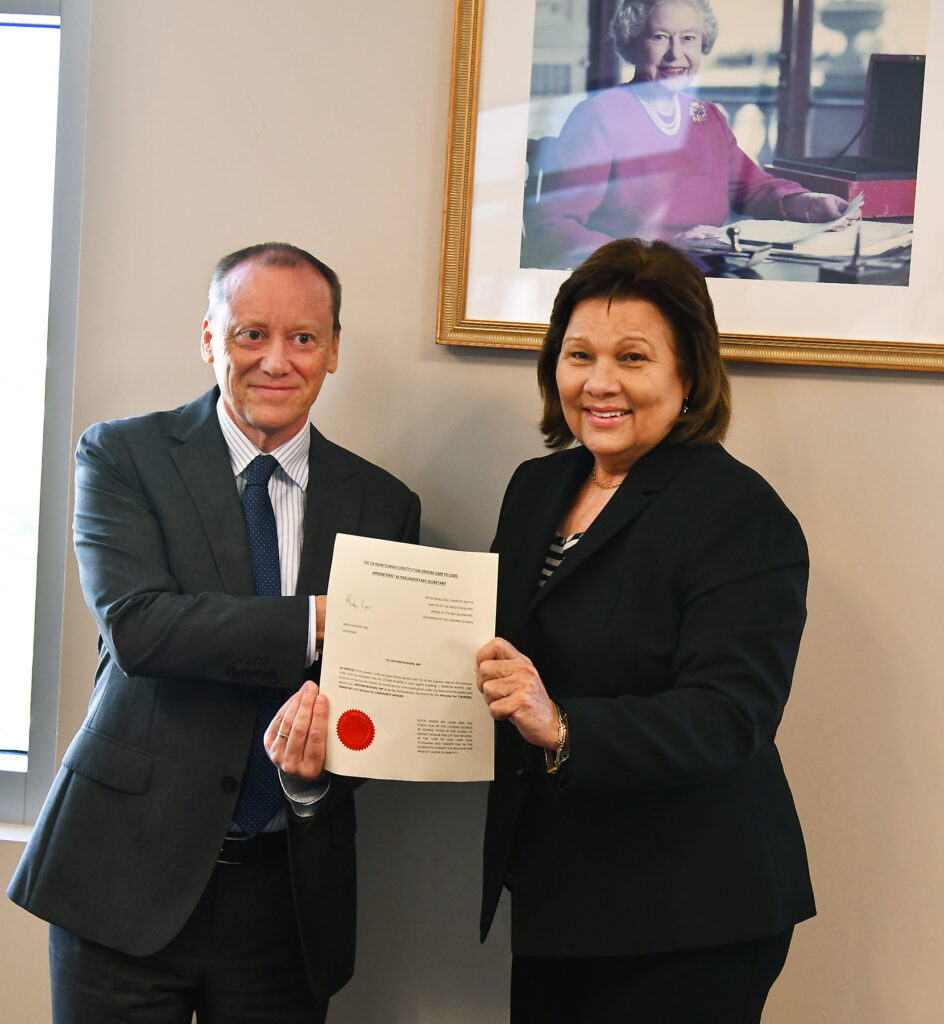 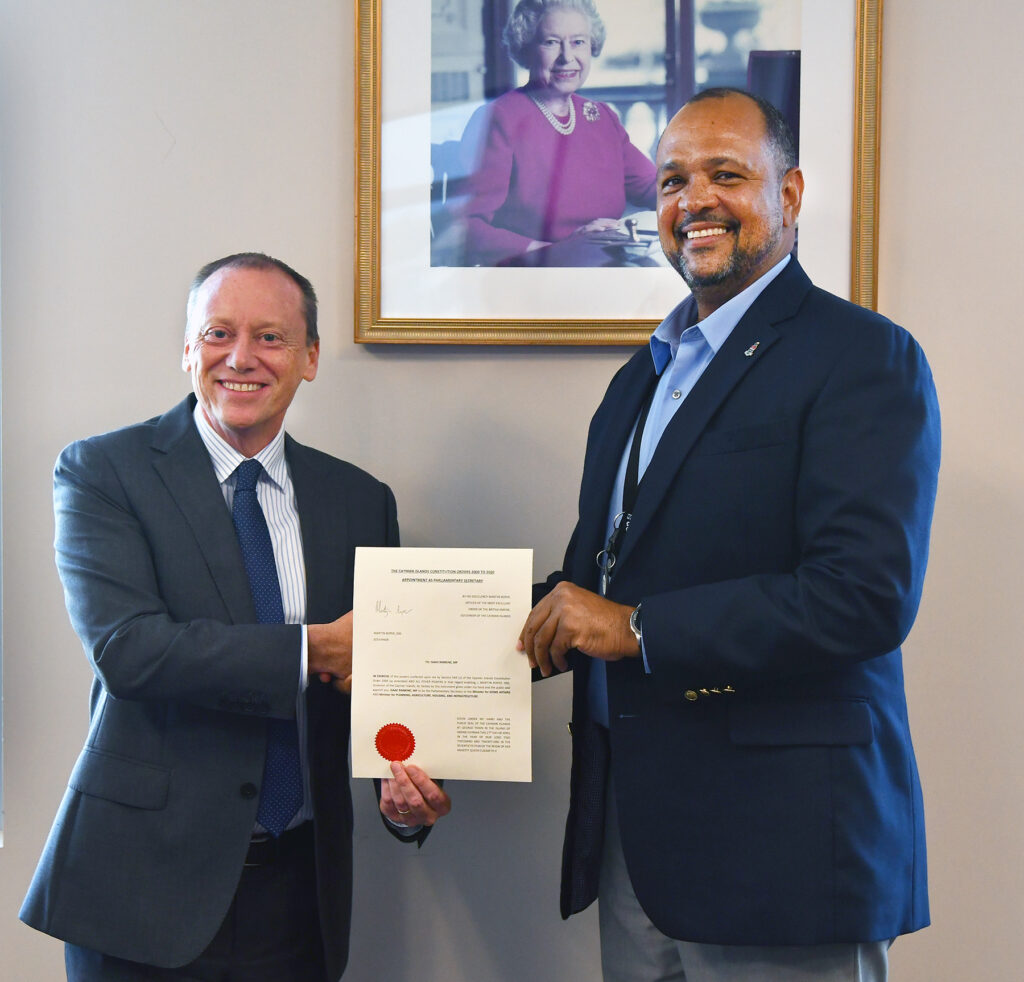 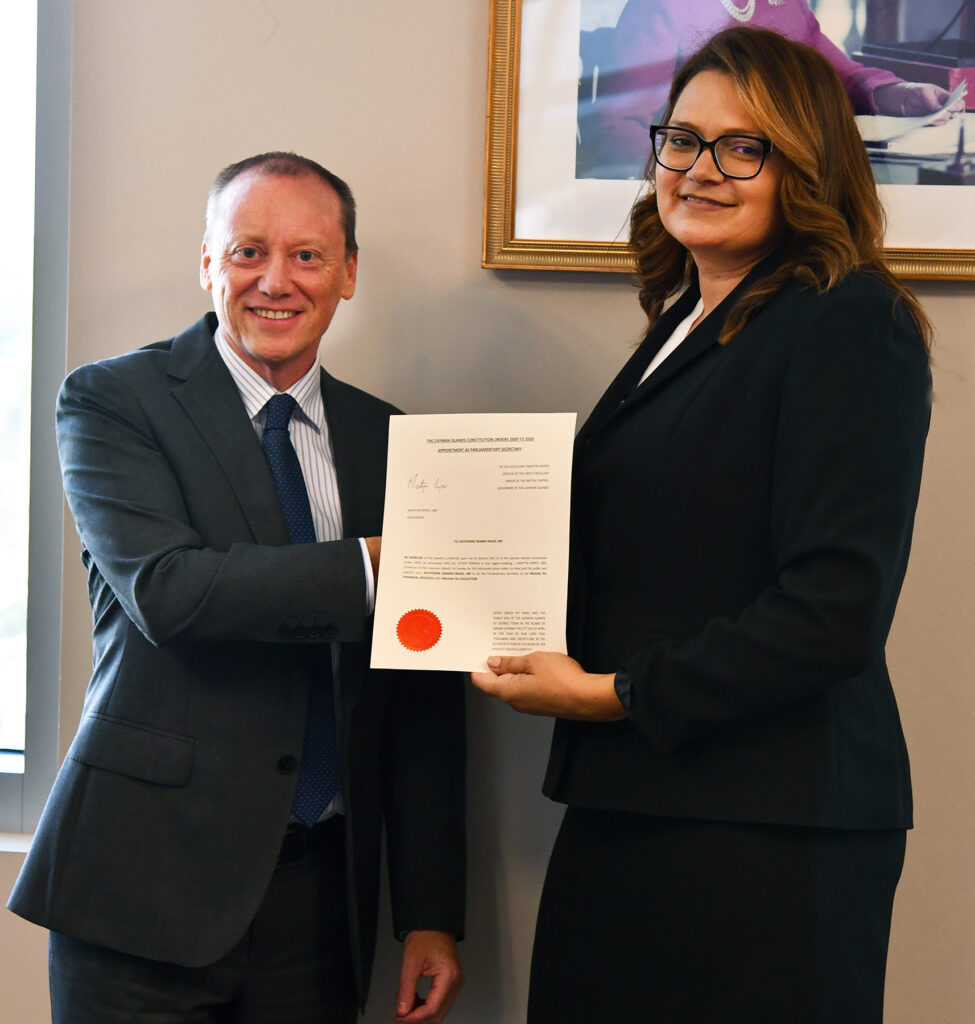 No, thanks.
How do you feel after reading this?
Tags: Parliamentary secretaries

Landfill to only accept 15 derelict vehicles per day