(CMR) The Progressives issued a statement late this evening confirming rumors that they are making a last-ditch attempt to lure away several independent candidates so that they can form the government and are refusing to give up. In the letter, it shares that they have unsuccessfully approached Issac Rankine and Sabrina Turner.

They admitted to offering them both a cabinet seat with no success. However, they confirm that they are not giving up and they will continue to pursue them and their agents with hopes that “these discussions will bear fruit and produce an experienced and competent government”.

Sources close to both Rankine and Turner said that they are not interested in the Progressives but the country waits for the finalization of the ministries. 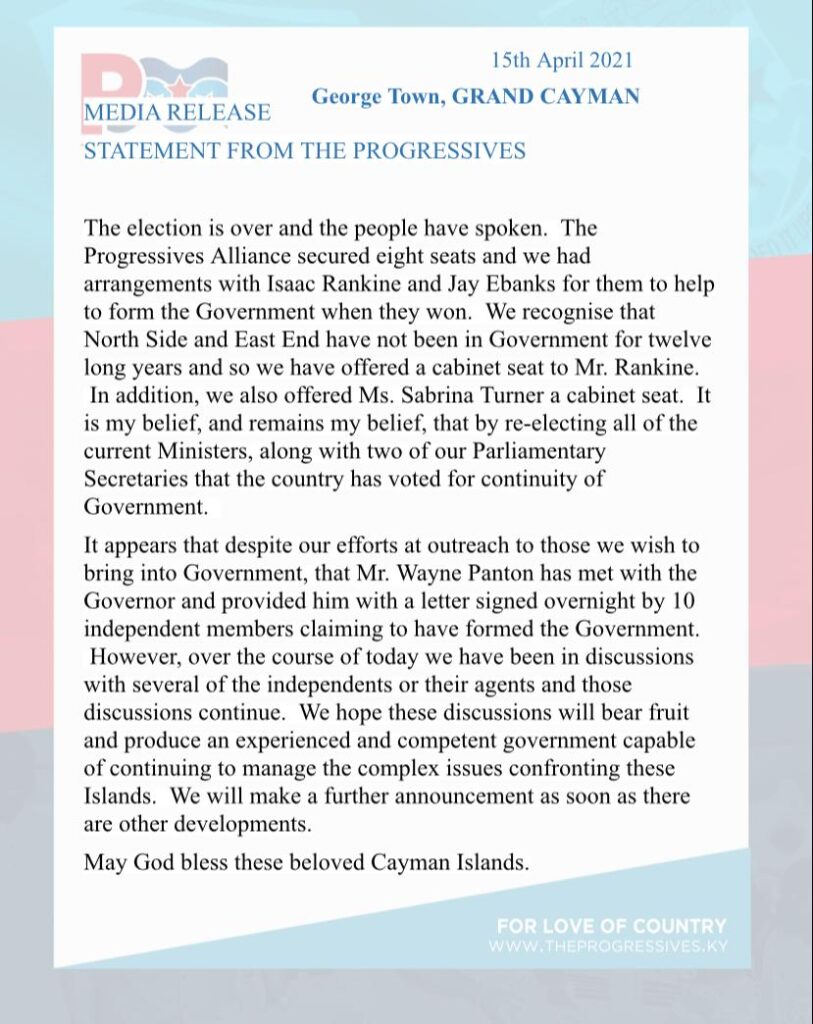 In 2017 they were successful in breaking apart an earlier coalition government that included former Prospect MP, Austin Harris.

No, thanks.
How do you feel after reading this?
Tags: Alden McLaughlinAustin Harris