(CMR) A candidate has contacted the Elections Office of the Cayman Islands to complain about an online poll that was set up last week. The Elections Office referred the matter to the Royal Cayman Islands Police Service who in turn had the police contact the company running the poll website. The Office of the Director of Public Prosecutions has been contacted for a ruling on the matter.

The police confirmed that on Monday, April 12:

“acting on information relative to a possible breach of Part VII of the Elections Act, that speaks to the Publication of Statistical Information, officers contacted the persons connected to the named website. The information related to the site possibly conducting online polls about the current Cayman Islands elections. On the face of the information, it would appear that the collected data is then published in real-time online, which if proven could possibly constitute a breach of the act.”

The officers also advised the relevant parties to contact the Supervisor of Elections for further clarification on the matter, as they indicated that the survey had no political affiliation, was just a basic survey and was for the sole purpose of gathering public opinion. 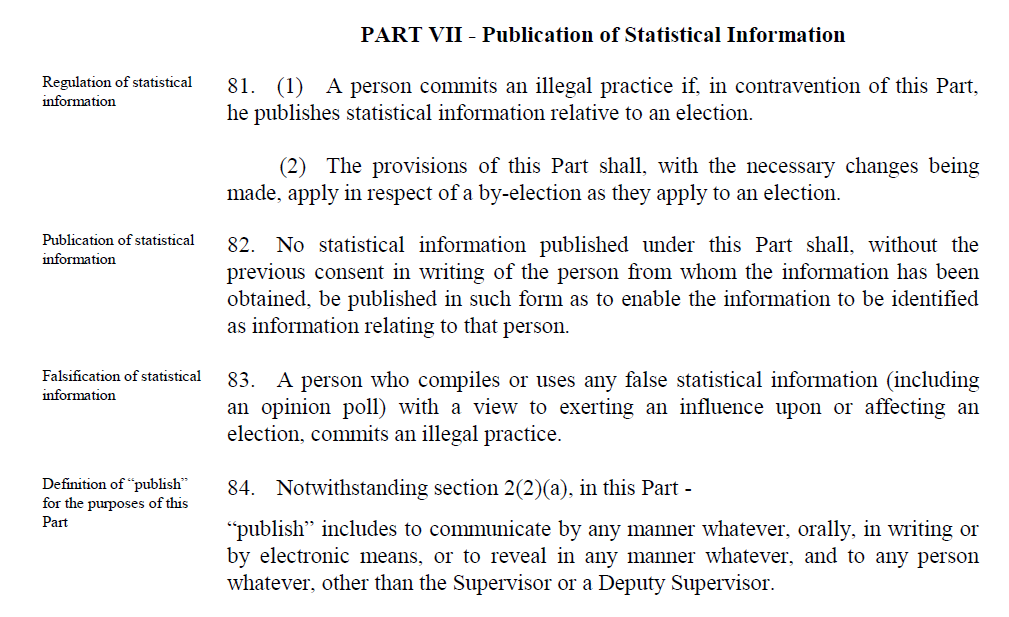 When CMR spoke to the elections office there appeared to some concerns and they confirmed they were seeking legal advice.

Ironically, the Progressives have been conducting in-person door-to-door polls for months now including up to just a few weeks ago and those polls did not garner any complaints.

Cayman Decides also launched its online poll this week ahead of the general election on Wednesday. That site has ensured that it included a legal disclaimer that the poll is for entertainment purposes only.

No, thanks.
How do you feel after reading this?
Tags: online polls

Things you need to know for Election Day