More than 7,350 pounds of debris removed from Cayman beaches

(CMR) Plastic Free Cayman continued efforts to clean up Cayman Islands beaches over the weekend with volunteers removing more than 1,120 pounds of trash from Spotter Bay in East End on Sunday.

The large amount of debris collected from the islands' beaches has been a major concern as organizers said, “since 2021 began, in less than 3 short months, Plastic Free Cayman has removed more than 7,350 pounds of debris from beaches.”

“This is more than 3.6 tons. Unfortunately, when compared to past data, plastic pollution is getting worse rather than better,” Plastic Free Cayman stated.

Clean-up coordinator Sophie McBride expressed appreciation to the 50 volunteers who participated in the clean-up of Spotter Bay. 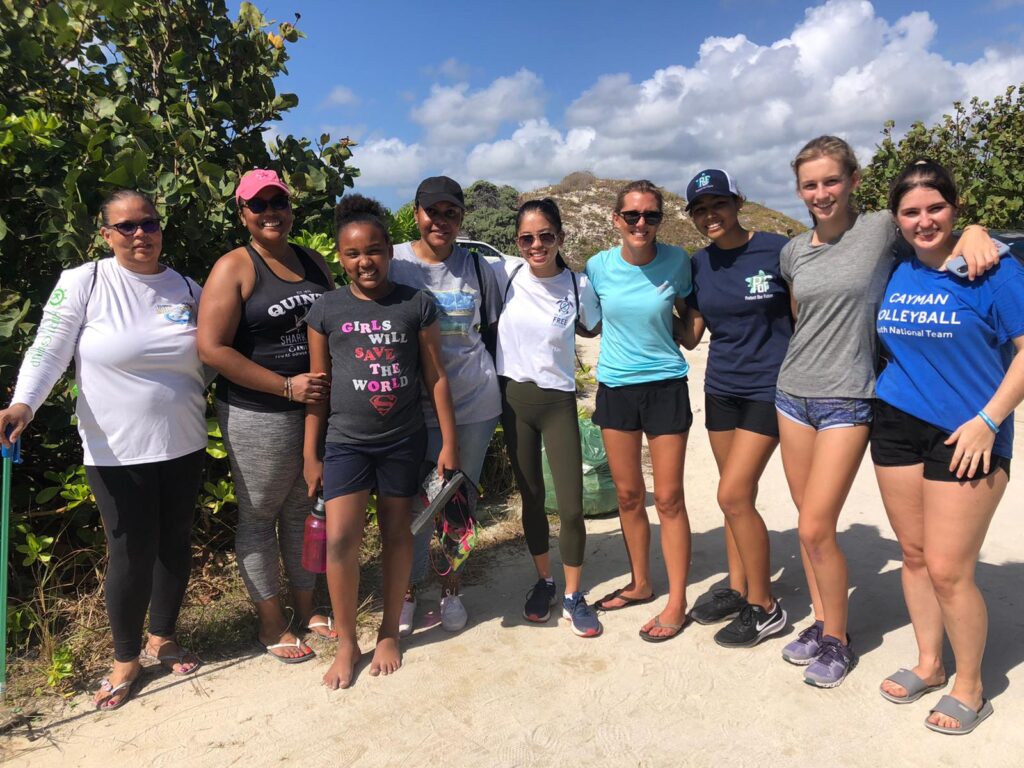 “We are so grateful for the volunteers who shared their time and energy to help clean up Cayman’s East End. It was great to see many new faces join us, and we are always thankful for our volunteers who join every month,” McBride said.

McBride noted that Spotter Bay was not only covered in washed-up bottles and broken down plastic from various countries but also areas of cans and waste from beach barbeques and gatherings.

“It is devastating to see so much plastic in our oceans and on our beaches; the microplastics and Styrofoam we see on our clean-ups is heartbreaking. People need to understand the negative impact this is having on wildlife and our health,” McBride added.

“We hope the new government moves forward to ban plastic bags, straws, and single-use takeaway boxes and cutlery. They must invest in the recycling process and upcycling, as much of our waste can be turned into useful items,” she explained.

“Everyone can make a difference in some way. We can all make at least one small change from not buying a plastic bottle, refusing the plastic bag/straw, or making other positive changes to our daily lives. It is everyone’s responsibility.”

No, thanks.
How do you feel after reading this?
Tags: Plastic Free Cayman