In less than 4 years CMR captures the top news position

“Placing CMR in the top media slot confirms what many have long suspected. We have been saying this for the past two years because we are very intuned with the local population. But we also use independant analytical data that can't be disputed. However, the Tower report is no doubt influential for local businesses to now make more informed decisions.”

(CMR) Cayman Marl Road is Cayman Island's number one source for news according to the 2021 Tower Marketing annual internet and media use survey. The much-anticipated report started making the rounds this past week in the business community and has placed CMR in the enviable top position less than four years after its launch in June 2017.

The survey comes just in time for the first election cycle that CMR will be participating in as Cayman's premier election headquarters and media powerhouse. May have recognized the significance of independent and local media during a time like the general elections. One recent reader shared with CMR:

“I want to personally thank you for being Cayman’s voice at a crucial time in our history. You bring to light so much that we would not otherwise know. You are so unafraid to bring up the hard issues and have given our people choices in the election, by being able to bring the facts out and expose the lies that our people have been subject to for such a long time!! I believe you have changed politics in Cayman forever and going forward we now have a forum to hold our MP’s accountable! Thank you!!” 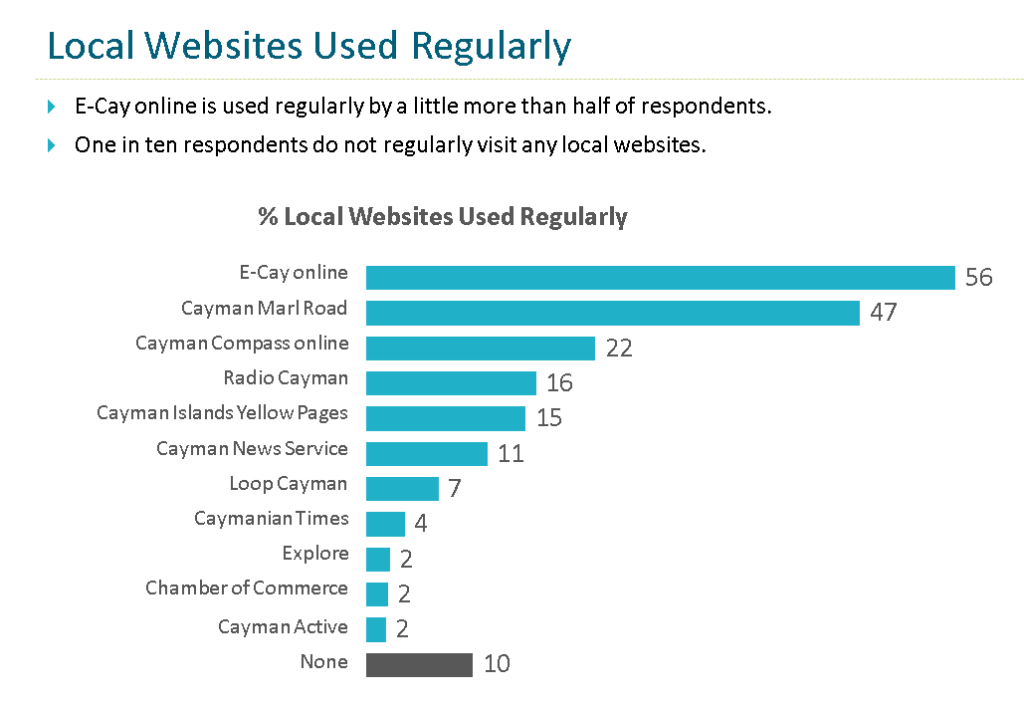 The vast majority (80%) shared that their primary reason for using the internet is to access social media with most (89%) accessing the internet through a mobile device irrespective of where on the island they lived.

The percentage increase between the top two being E-Cay and CMR is 19%. The percentage difference between CMR and the Compass for the second and third slots respectively is 113% – meaning more than double the number of people surveyed said that they visit Cayman Marl Road online compared to the forty-year-old Compass newspapers.

The detailed report analyzes consumer media and usage trends across the population and has collated data from persons from various demographics including the sister islands. 60% of those surveyed were Caymanians with the vast majority working in professional services and residing in George Town and earning less than $3,000 per month. 46% of those surveyed are registered voters.

30% of participants were Jamaicans. 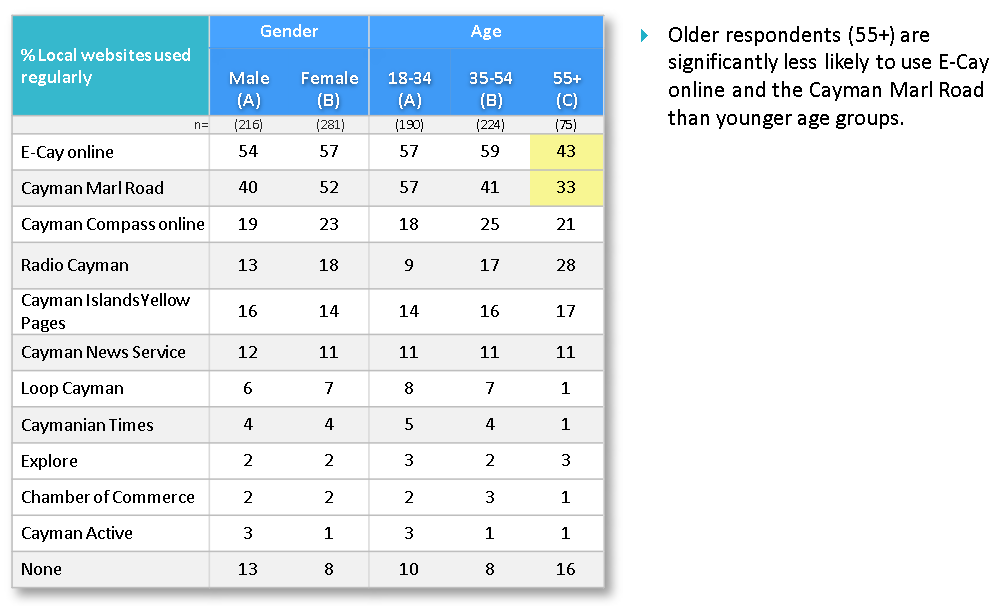 Caymanians are more likely to read CMR than other publications except for E-Cay online by a small margin of 2%. However CMR's Caymanians readership far surpasses that of the Compass, Radio Cayman and Cayman News Service. Quite interestingly enough, the largest readership comes from West Bay at 57% 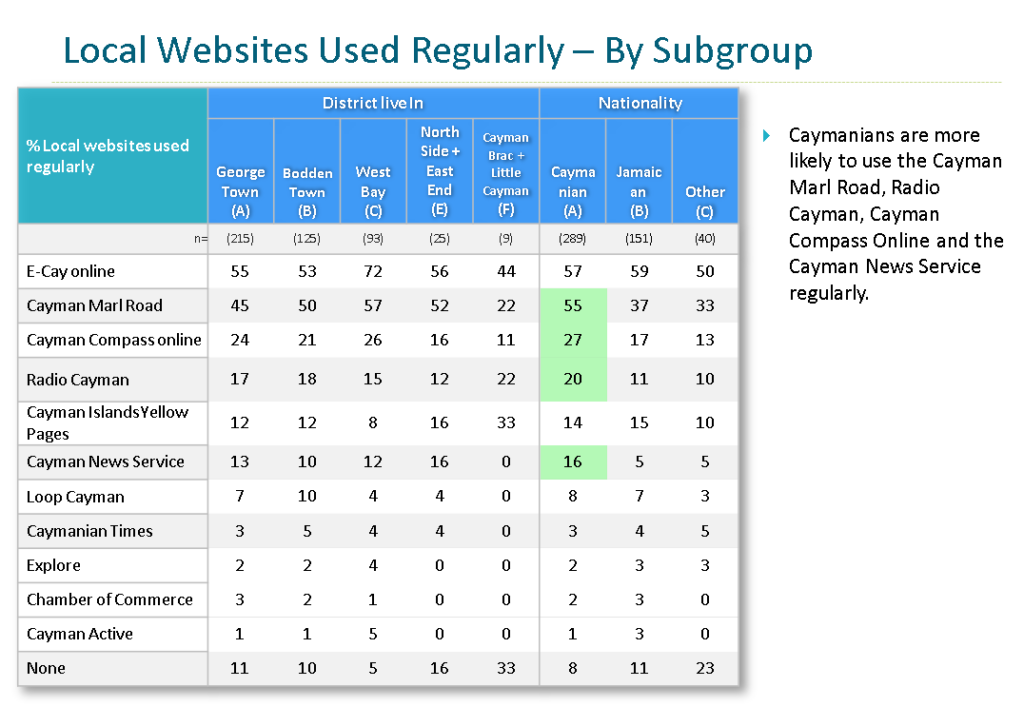 The vast majority of those surveyed used WhatsApp and Facebook as their two top social media options with YouTube rounding out the top three. 83% of women use WhatsApp with 71% of women using Facebook.

Radio Stations were also included in the consumption survey with DMS's Hot 104.1 holding off Radio Cayman by a mere 1% for the top spot. Cayman Rooster ranked fifth after Star 92.7 and Z99.

CMR's The Cold Hard Truth was not included in the preferred talk-show line-up as the daily weekday show only began last March during the COVID-19 pandemic. However, Facebook analytics places it in the top viewed spot for that platform with it receiving an average of 5,500 views per show during the past 15 weeks. The Tower Marketing reports shared that Talk Today on Radio Cayman holds the top spot for traditional radio talk shows.

According to Facebook analytics, CMR has been in the top spot for engagement for the past three years surpassing former heavy hitters like Cayman 27 and Cayman Compass who have a significantly higher number of page likes. On average CMR has 233% more engagement on Facebook than the Compass. 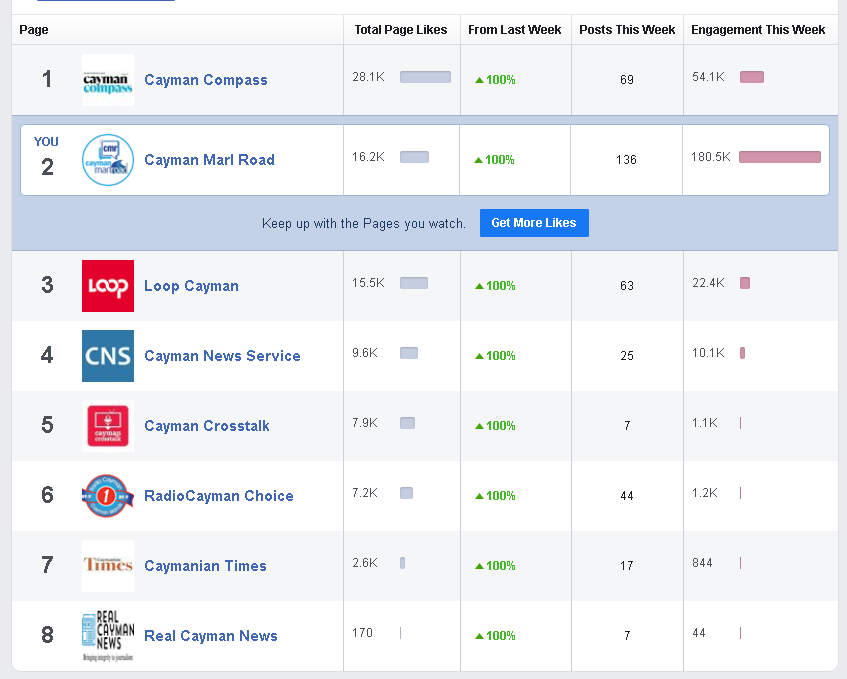 Data collection for the survey was done via random telephone interviews with computer-generated random phone numbers coving all prefixes in use by the telecommunication providers including both fixed and mobile numbers across all districts.

No, thanks.
How do you feel after reading this?
Tags: Cayman Marl RoadTower Marketing

Is Melatonin safe for Kids?