(CMR) Following a massive fire at the George Town Landfill on Thursday, the Cayman Islands Government has signed a 25-year agreement with Dart to create the country's first energy recovery facility.

The country's first private/public sector partnership was signed on Friday.

The signing concludes more than three years of collaboration before the Environmental Impact Assessment (EIA), permitting the construction of the project facilities, which will take approximately three years. The new facilities will be located immediately south of the existing landfill.

Speaking at a press conference, Premier Alden McLaughlin said no “cuts” were made to have the agreement signed but that it was the culmination of years of work.

“I am most pleased today to announce the signing of a 25-year contract between the Cayman Islands Government and Dart to design, build, finance, maintain and operate a new integrated solid waste management system and to complete the ongoing remediation of the George Town Landfill,” the premier said.

Describing the signing as a historic moment, McLaughlin said it concluded many years of complex collaboration bring the project to reality.

The project, which is expected to be constructed and be fully operational by 2024, will cost CI$205 million and will be financed by Dart.

The concessionary agreement will see Dart running the facility for 25 years before handing back the facility to the Government.

Once completed, Government will pay $163 per ton of waste to Dart. The company also expects to recover costs with a revenue stream expected through electricity and recycling.

“It is a national achievement for the Cayman Islands and the final step towards the delivery of a modern 21st-century solid waste solution that will have tremendous benefits for the environment, community, and future sustainable growth,” McLaughlin said.

“We cannot continue to handle waste in the manner in which it has been done over these decades,” he added.

The project is expected to turn the landfill into a green space and create a modern energy recovery and recycling center.

“Following the Government’s National Solid Waste Strategy, these new facilities have the capacity to divert up to 95% of waste from being landfilled in the future and contribute 8.5 Megawatts of renewable energy to the grid,” the premier explained.

He assured, “The one thing that will not change is that there will be no direct disposal fees to the public or commercial operators at this time.”

“Even as Dart and the Government celebrate this significant milestone, we are looking ahead to the next three years of delivering world-class infrastructure to the people of the Cayman Islands,” he said. 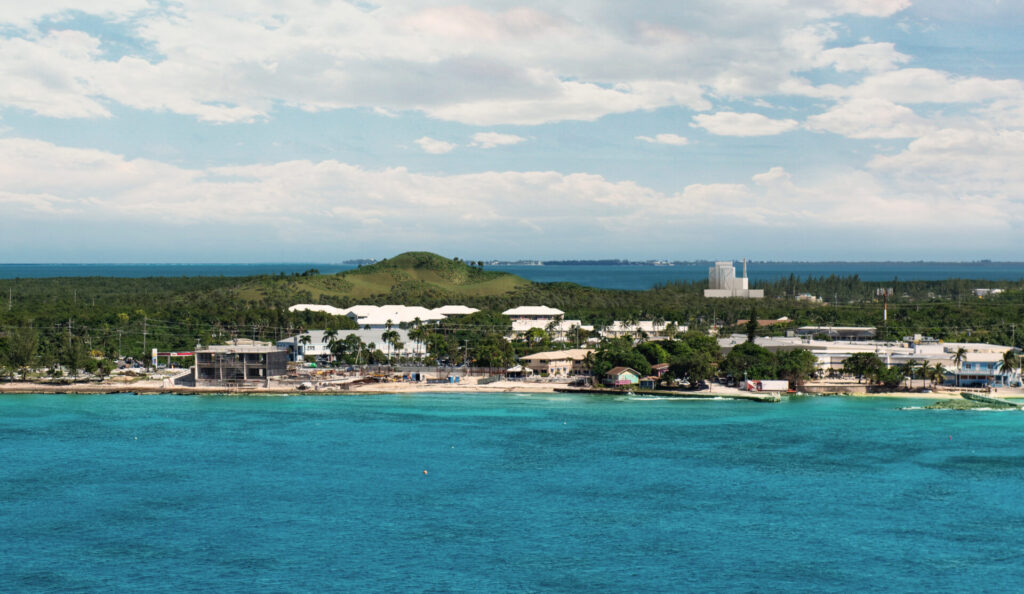 “This partnership marks a new chapter in the sustainable development of the country. Under the new system, recycling performance will be improved, and our garbage will become a resource for generating electricity rather than a waste.”

Between 2022 to 2024, the new facilities will be constructed. Until the energy recovery facility is complete, waste will continue to be landfilled, and remediation of the north mound will be completed.

Some risk of fire will remain where there is ongoing tipping or removal of the legacy waste stockpiles; as a result, it is important for the public to properly dispose of potentially hazardous waste such as batteries or other e-waste.

No, thanks.
How do you feel after reading this?
Tags: Dart GroupGeorge Town Landfill