VIDEO: Car ends up in water after running stop sign

Car ends up on water after speeding across main road

(CMR) A single-vehicle accident ended spectacularly after the vehicle ran across the Frank Sound junction and ended up in the water this evening shortly before 6:00 p.m. Onlookers said they were shocked to see the incident.

Eyewitnesses shared that the car was coming from North Side and came straight across the road running the stop sign. It then hit the light pole that holds the CCTV camera before flipping several times and landing in the water upside down. 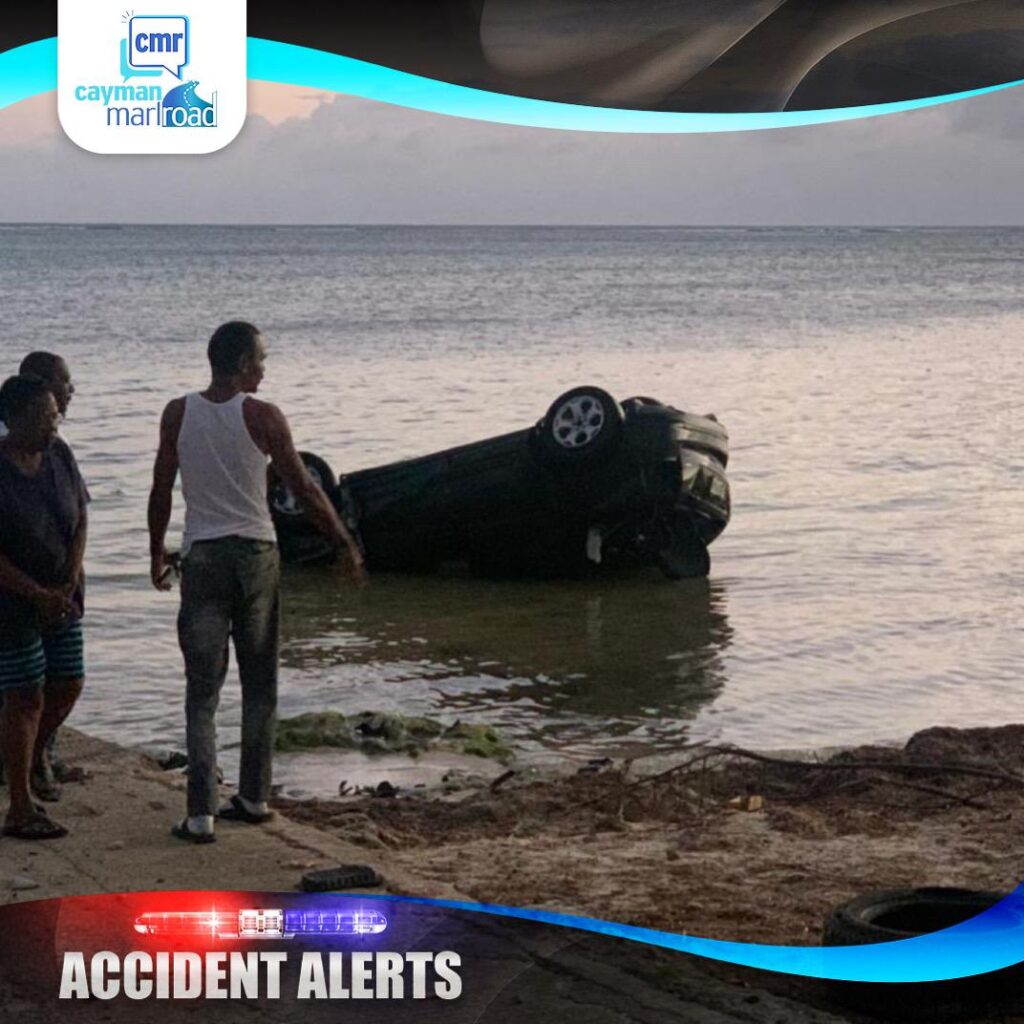 The two occupants were said to initially be trapped but were able to get out of the vehicle with the assistance of some Good Samaritans at the scene. Several construction workers took the man out and assisted the woman but she was able to walk out of the water on her own. They were both taken to the hospital by ambulance and apparently the male driver was not breathing on his own at the time of departure. 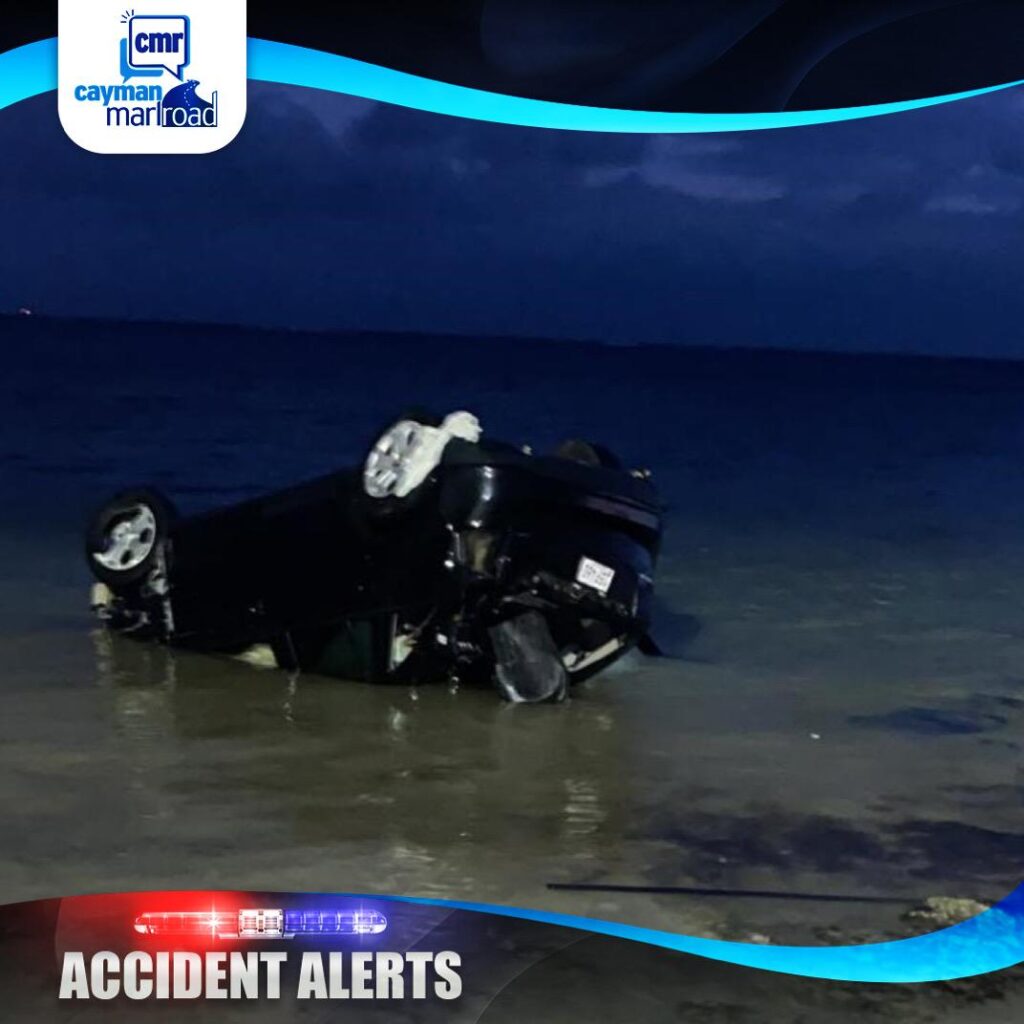 There was another car parked in the area and the broken light pole fell on top of it causing some damage. An individual familiar with the driver noted that “he has fits and is sickly”.

Fire rescue, police and ambulance were all at the scene. We understand that CUC is now attempting to repair the pole.