“We are coming to the end of a very active hurricane season and our beaches have been severely impacted- with erosion, plastic pollution and even medical debris.”

(CMR) Plastic Free Cayman has been actively out with their ongoing breach cleanup and has shared that they have collected a lot of debris after an active hurricane season. The most active hurricane season means more debris for Cayman's shorelines than normal as wave action brings in a lot of trash from neighboring countries and places around the world.

In direct response to public concern, Plastic Free Cayman held two major clean up events to dispose of marine debris that has washed up on our shores. Most of the debris has been plastic and in particular microplastics. 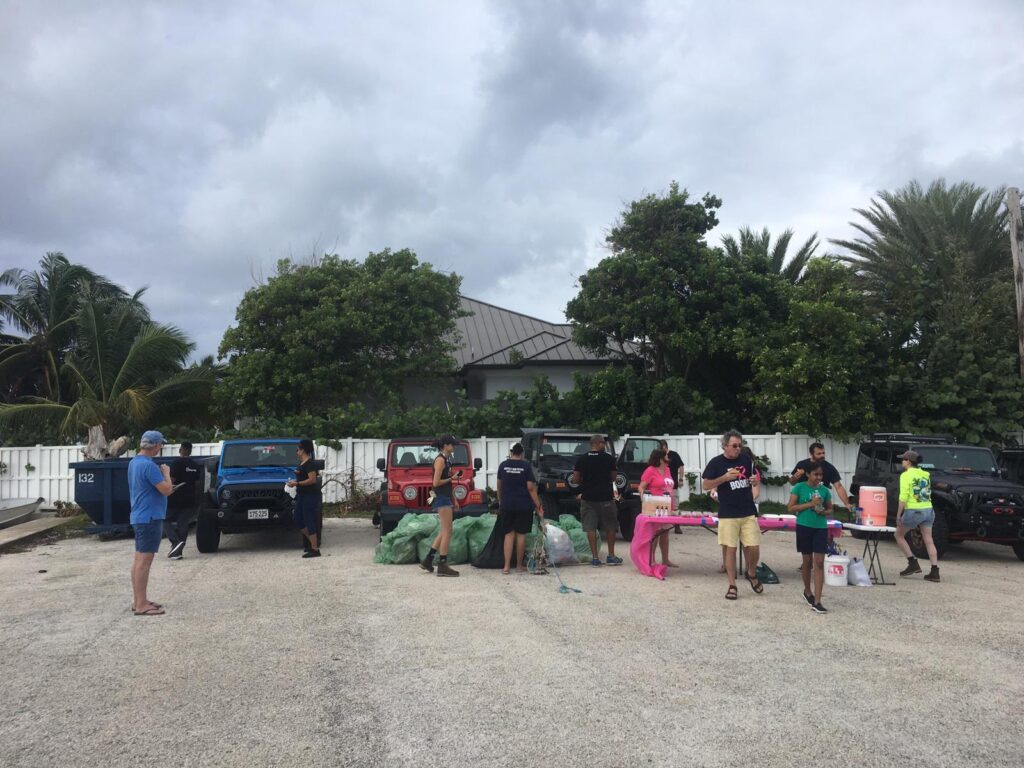 The first cleanup took place on Saturday morning at Consuelo's Beach and the South Sound Dock in George Town. Over 117 community volunteers participated in that cleanup effort where 822 pounds of trash was collected and removed from the beachline. Plastic Free Cayman shared that is roughly seven pounds per volunteer.

“I think that our beach cleans were hugely successful. We cleaned up South Sound and had fun in the process. Since Tropical storm Eta we have been desperate to get out and pick up the plastic washing up on our beaches and despite a little rain this morning, we were finally able to make it happen! We are thrilled with the turnout and hope to have even more environmental enthusiasts join us in December!”

Several vials of blood were also found during the cleanup and have been collected and properly disposed of.  They noted that this will become more commonplace as other countries struggle to “implement proper waste management systems.”

Plastic Free Cayman is advocating for the government to “take direct action regarding single-use plastics and the plastic pollution problem.”

No, thanks.
How do you feel after reading this?
Tags: Plastic Free Cayman

(CMR) The Cayman Islands Coast Guard (CICG) is advising members of the public to heed storm warnings, avoid the water...

(CMR) Cayman Airways has canceled several flights while adjusting the times for others as Tropical Depression Nine is expected to...

CDC: all people should avoid travel on cruise ships