(CMR) As the people of Honduras figure out how they will recover from what could be the worst natural disaster in recent times, their recently appointed head of the country's emergency response unit has gone viral – for all the wrong reasons!

The women were spotted fighting in the capital city of Tegucigalpa, Honduras at a mall restaurant. The video is alleged to show his sister and wife fighting at the allegedly over some argument “over a man.”

The government of Honduras has not officially confirmed the identity of the women or made a comment on it.

The public spectacle was recorded and shared on social media and thus far has been viewed over 255,000 times with 142,000 shares and 23,000 comments. At a time when the country is under severe strains because of the devastation caused by Hurricane Eta, some have found this a comic relief whilst others have indicated this is a sad indictment of their leadership and their continued failings.

Max Alejandro Gonzales Bonilla, former reggaeton singer known as ′′the Killa” was named as the new minister of COPECO on October 21. He was one of seven new government officials sworn in on that day.

He has been criticized for his lack of response to Hurricane Eta and lack of qualifications. Social media users responded to his appointment at the time by making jokes and memes about him.

He sang songs like “The Tsunami”, “It's past 9” and “the one who does it, pay its”. Many were left wonder who he went from singer to the head of the agency responsible for the COVID-19 response efforts and now Hurricane Eta recover.

Bonilla replaced Gabriel Rubi in the post and formerly served in government as director of Parks for a Better Life program. Rubi was under some allegations and concerns that he lost his US visa because of purchases related to the COVID-19 pandemic. He resigned from the post on April 21 after serving just eight months.

More recently he was the presidential commissioner for the delivery of COVID-19 masks and a candidate for deputy of the Cortes department for the National Party in the 2013 elections.

Hundreds of thousands of people in Honduras have been left homeless by the flooding and landslides with 20 bridges collapsed and 905 roads severely damaged. The first lady of Honduras, Ana García de Hernandez, was pictured handing out bags of popcorn to storm victims in the hostels of Chamelecon earlier today. 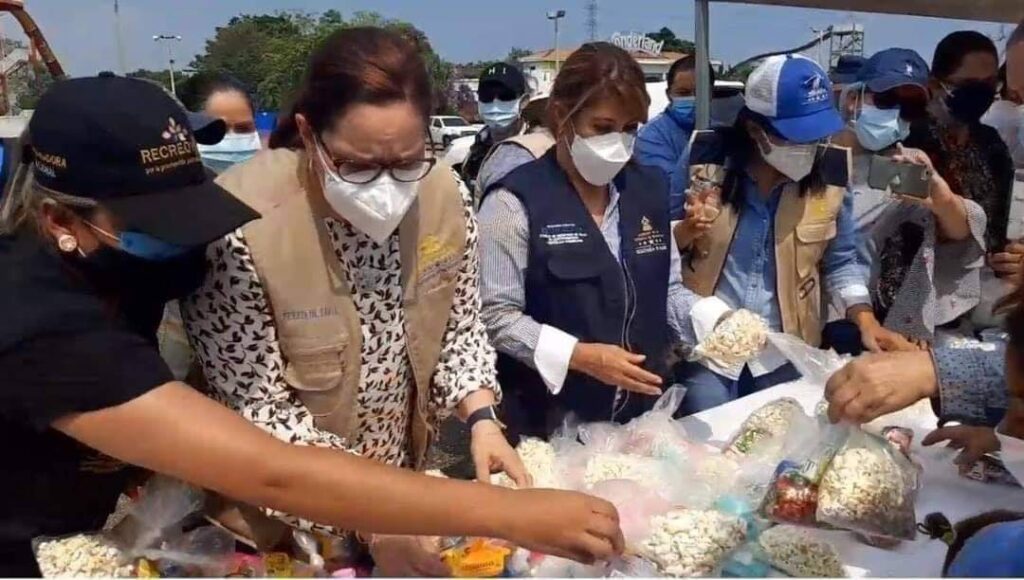 No, thanks.
How do you feel after reading this?
Tags: Ana García de HernandezMax Alejandro Gonzales Bonilla