(CMR) A US woman gave birth to her grandchild on November 2, after she became a surrogate for her daughter.

51-year-old Julie Loving served as the gestational carrier for her 29-year-old daughter, Breanna Lockwood, who after four years of trying to conceive was told that she would need a surrogate.

Lockwood shared that she had gone through almost 4 years of trying since tying the knot with hubby, Aaron,in 2016.

The 29-year-old dental hygienist revealed that she had spent thousands of dollars
on multiple rounds of in vitro fertilization,had many surgeries and several heart-breaking miscarriages, including a pregnancy with twins.

Lockwood's fertility doctor told her that she would need to start considering surrogacy because her uterus was unable to withstand a pregnancy. 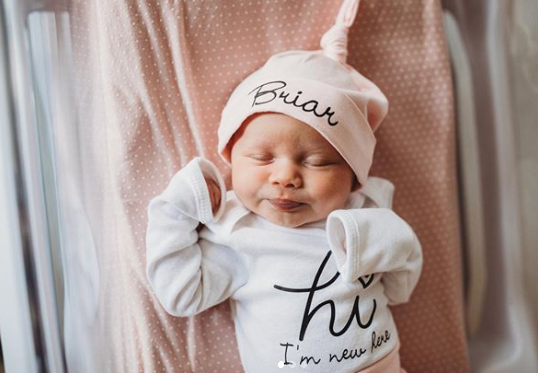 “Struggling with infertility was the hardest thing I've ever had to go through,” Lockwood told US media.

Loving became pregnant with her granddaughter following an embryo transfer on the first try in February, just prior to the COVID-19 pandemic.

Given the pandemic, Loving decided to quit her job at a grocery store to keep herself and the baby safe.

(CMR) Amid concerns raised in the community about Cayman First Insurance, the Health Insurance Commission (HIC) said it is monitoring...

False: No flight restrictions to Cayman due to COVID

(CMR)  The Ministry of Health and Wellness said it is aware of the circulation of a false news story stating...

(CMR) The Minister for Health and Wellness, Sabrina Turner said the Government is committed to ensuring that a fully functional...

(CMR) Dr. Marc Lockhart has resigned from the Mental Health Commission, lamenting that he does not think the Cayman Islands...

Heart Fund encourages everyone to get CPR training

(CMR) Following news that Buffalo Bills defensive back Damar Hamlin went into cardiac arrest during an American Football game, the...