“And if it's anything like the very first results we took I have yet to receive my results from that also. “Everything we know now we know through the media””

(CMR) Red Bay Primary School Year 2 parents have reached out to Cayman Marl Road after what they are calling ineffective and unprofessional handling of their self-isolation process. They have not received their exit test results from any official sources some 24 hours after they took the test.

Citing an unbelievable lack of communication on the part of the government they shared that upon arrival at the testing center yesterday both the venue and time had changed without them informing the parents. The parents were instructed that they were to attend the South Sound Community Center from 9-12 for testing.

However, when they arrived at the location before 10 a.m. the doors were locked. They contacted a teacher who informed them that the venue had changed to the hospital. Upon arrival at the HSA testing lab, it was closing off the process at 10 a.m. instead of 12 p.m. as previously advised. Several parents were still arriving and being told they didn't know anything about the location and time changes despite their website giving the instructions:

In fact, they have never been personally contacted about the first test results they took when the incident happened and they were placed into lockdown on October 10 nor were they given any instructions on how to proceed.

Last Sunday, CMR's Sandy Hill address this same issue after parents shared that they had received no instructions on how to proceed during quarantine:

The parents are left remaining in isolation and confused despite yesterday being their last official day of home quarantine. One parent shared that she had an important family function to attend today but is uncertain if she can now legally leave her house.

Despite their tests, they remain confused sharing:

“We are all left questioning what to do”.

Despite no contact from public health or other government authorities, Dr. Lee posted over 14 hours ago on his Twitter account that all 773 most recent results included two positives from travelers but presumably the Red Bay Primary School students were all negative.

The 9:49 p.m. tweet has not been confirmed to local media for dissemination either. T 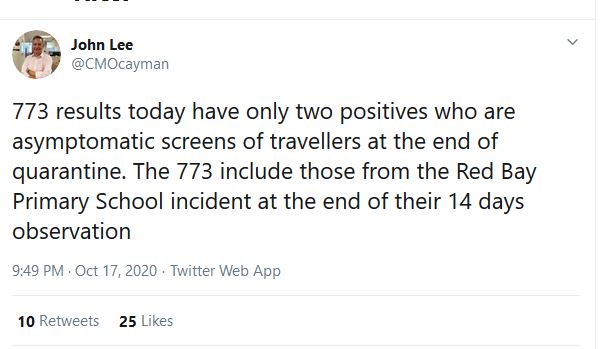 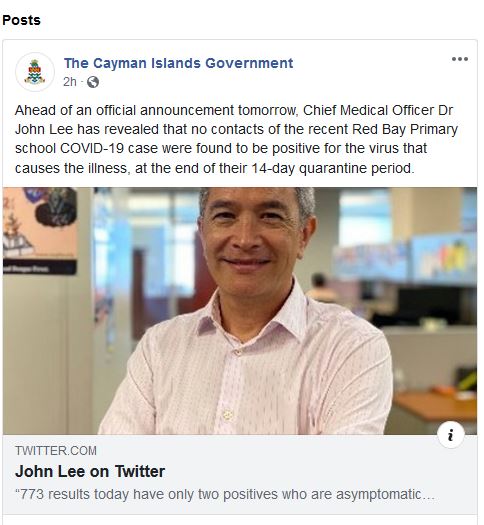 In the comments section at least one parent remained confused asking “so can I leave my house!”. 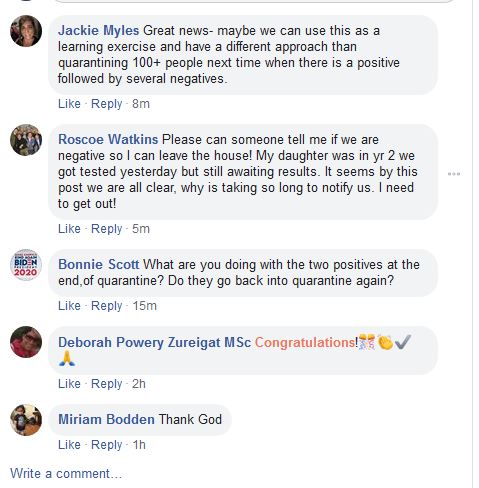 No, thanks.
How do you feel after reading this?
Tags: Red Bay Primary

(CMR) The Department of Education Services (DES) said it received notification that students from three educational institutions on Cayman Brac have...