(CMR) It appears that Donald Trump knew he had the coronavirus at least 72 hours before he claimed on Twitter that he had just tested positive.

The president went into quarantine with Melania Trump late on Thursday and then tweeted shortly after midday on Friday that he had just tested positive for the virus.

The shocking revelation was made this morning by Dr. Sean Conley, Trump’s physician at a Saturday morning press conference. Conley said that we’re “72 hours into the diagnosis”. The shocking statement leads to numerous questions about when the president was first diagnosed, first symptomatic, and whether he had received any supplement oxygen.

His medical team refused to answer any of them. 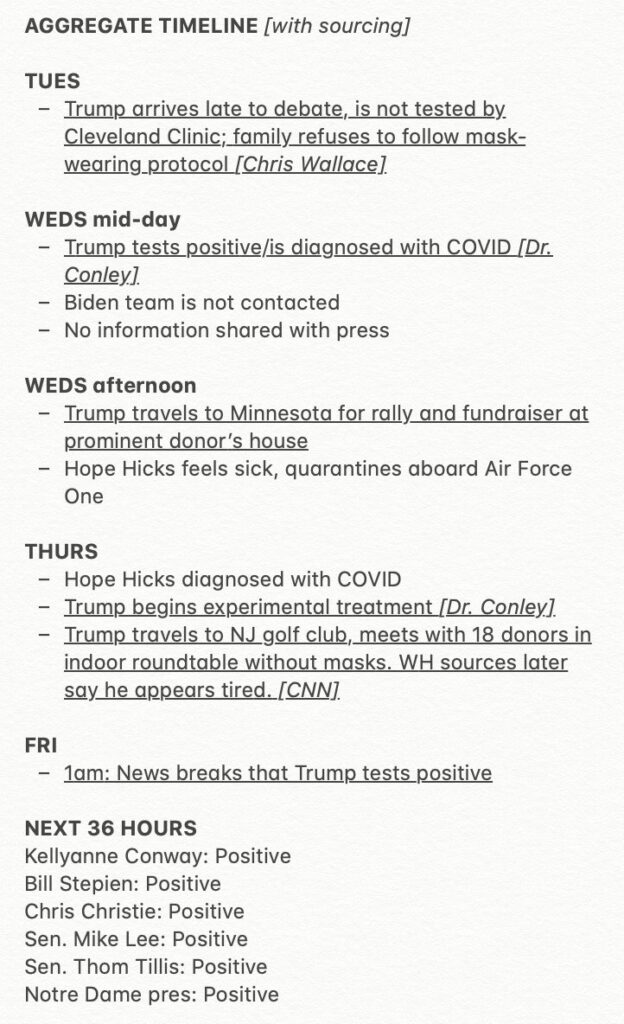 A White House official then said that the doctor misspoke about the timing of the president’s diagnosis and treatment. However, they have not gone on record about the doctor’s remarks – which would put his initial diagnosis at Wednesday.

This means that he may have possibly infected hundreds of persons along the way including the employees working on and around Air Force One.

They suspect the president may have been infected by his senior advisor, Hope Hicks, whilst traveling on the flight with him earlier in the week. The president and First Lady have  often been seen on the plane not wearing their masks.

The Being 747 requires hounds of personnel to operate, stock and maintain the plane. The highly contract nature of the virus now has many concerned.

The physicians said he remains in exceptionally good spirts as he remains hospitalized at the Walter Reed National Military Medical Center.

No, thanks.
How do you feel after reading this?
Tags: covid-19President Donald Trump