Area of disturbance being watched carefully by Cayman residents

Area of disturbance to watch

Locally heavy rainfall and gusty winds will be possible across portions of Hispaniola, Jamaica, Cuba, and the Cayman Islands during the next few days, and interests on those islands should monitor the progress of this disturbance.

(CMR) Residents of the Cayman Islands are beginning to watch a tropical wave area that has a 70 percent chance of formation in the coming days.

This observation comes as Tropical Storm Gamma is dumping rain on the Cayman Islands all weekend.

As of 8 p.m. EDT, Gamma was located about 60 miles north-northwest of Tulum, Mexico with tropical-storm-force winds extending outward up to 80 miles from the center.

However, Saturday evening a tropical wave is located over the central Caribbean Sea, producing an area of disorganized showers and thunderstorms. It is believed that by mid next week this could become a system to watch.

Environmental conditions are expected to become more conducive for development, and a tropical depression is likely to form during the early or middle portions of next week while the system moves westward or west-northwestward at about 15 mph across the central and western Caribbean Sea and then into the southern Gulf of Mexico. 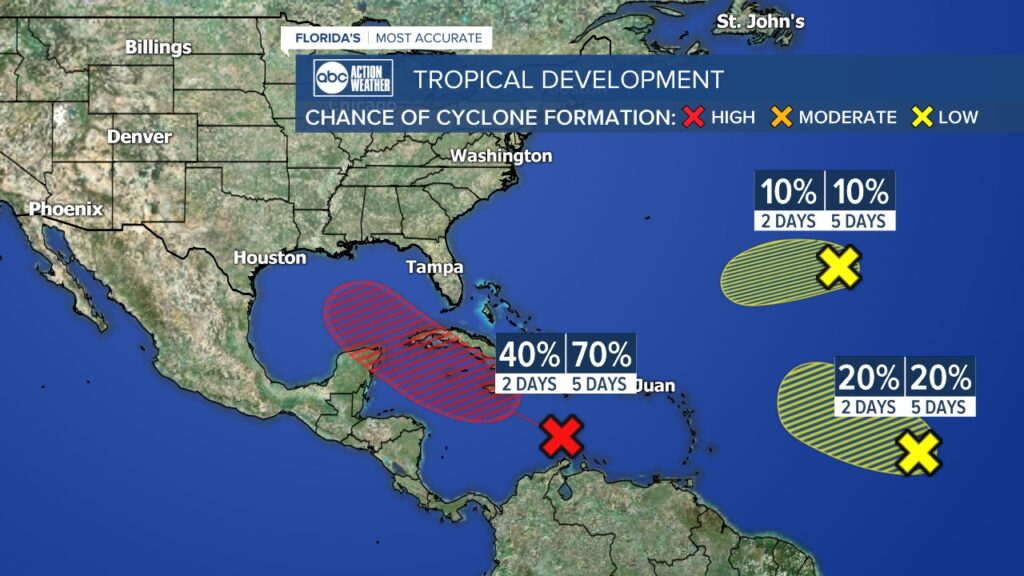 The next named storm would be Delta.

No, thanks.
How do you feel after reading this?
Tags: 2020 Hurricane Season prediction

(CMR) The public is being advised that the Cayman Islands is now under a Hurricane Alert, which was issued by The...