(CMR) A story reported in another local newspaper claiming that someone was in breach of the latest quarantine provisions by allowing a visitor into their home is “fake news” according to a top-level government source.

The alleged breach would have been shocking given that the test group has only been in isolation for three days.

The article ran earlier today on Loop Cayman and stated that one of the 29 persons participating in government's quarantine at home trial was already in trouble with the law after allowing someone into their home.  It turns out this story is completely false and no such breach has been reported.

The article has since been removed but not without causing a number of concerns persons to re-share it and express their dismay that the self-quarantining may not be working. The post was up after 3:00 p.m. Sunday afternoon and was finally removed this evening before 8:00 p.m. 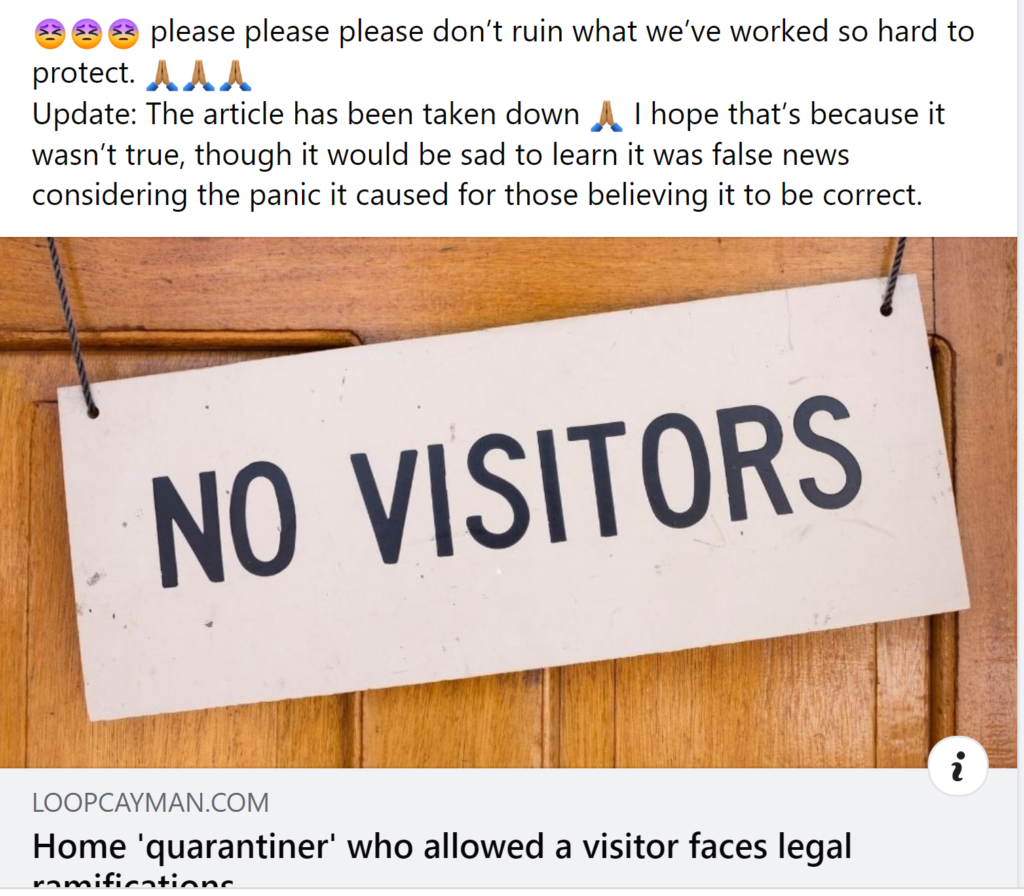 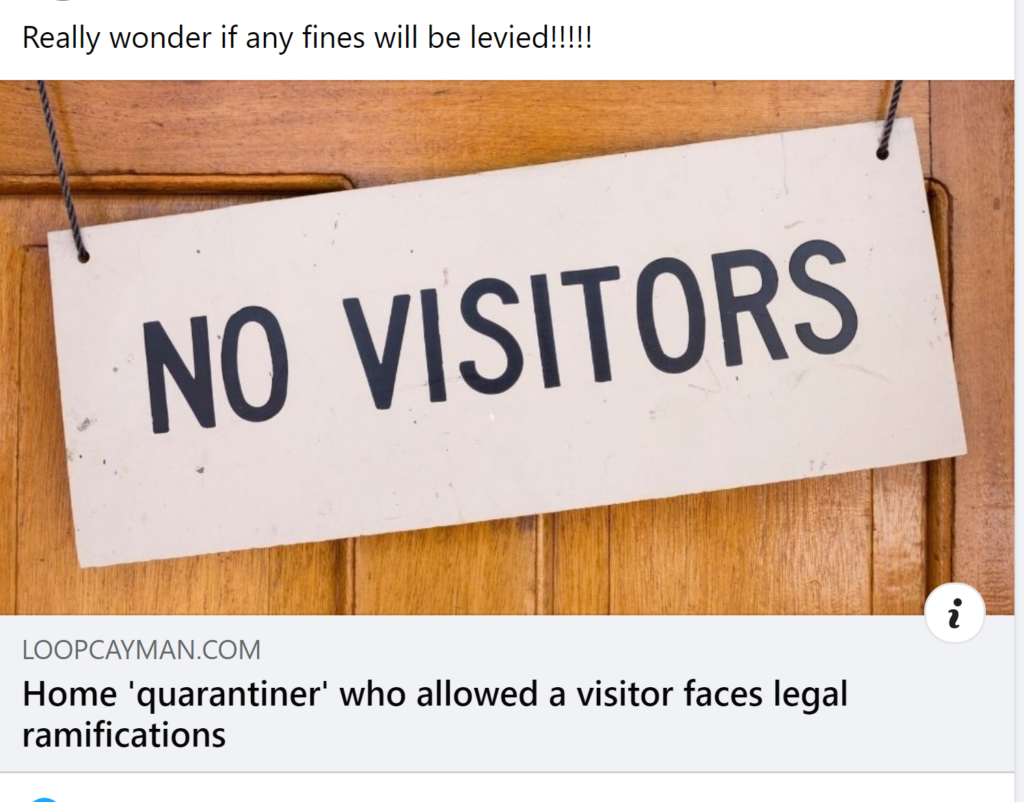 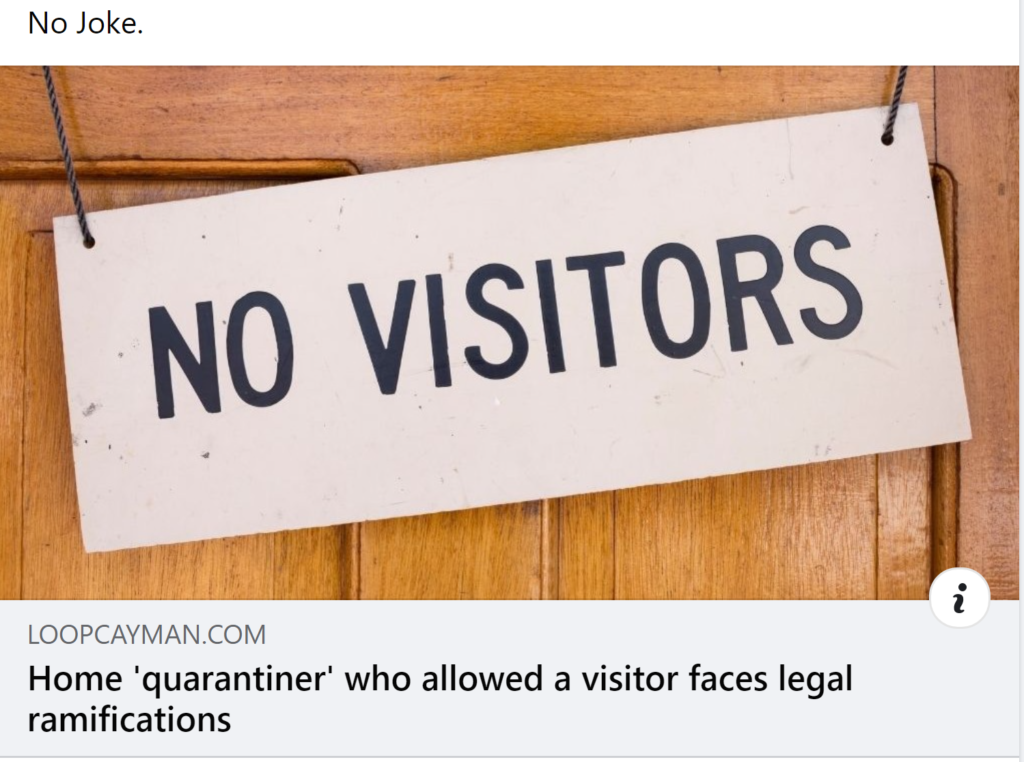 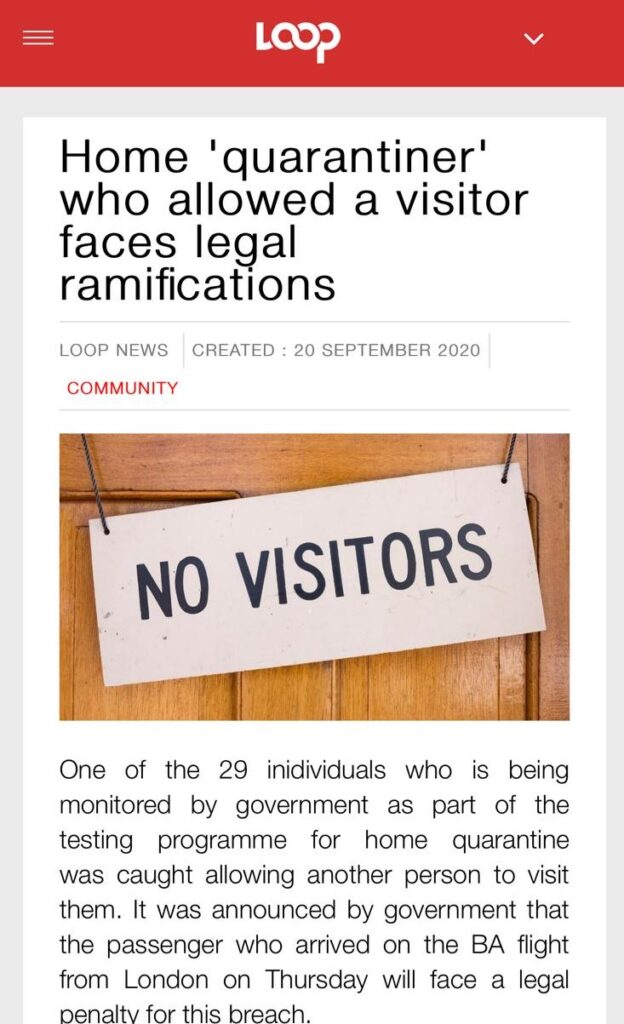 At Friday's press conference it was disclosed that 29 persons have entered this pilot program from the British Airways flight that came in on Thursday in order to test existing protocols and as well as allow the team to determine what other procedures might be necessary.

Dr. Tasha Ebanks-Garcia will be in charge of the home isolation aspect of the COVID response efforts as Cayman slowly reopens its borders. She fielded questions from the media in terms of how the process would work.

Explaining that a non-medical surveillance team housed at 911 will be monitoring the iMSmart dashboard around the clock for any potential breaches. That team includes mobile compliance officers who will be conducting random checks on those in self-quarantine to ensure they do not have any visitors at the pre-approved location.

They will also deal with non-law enforcement alerts. However, any breaches of the quarantine will be reported to the police for further action which includes a $1,000.00 fine and possible 6 months imprisonment. The government may increase the fines but this has to be voted upon in the legislative assembly.

She also shared that the current members of the Travel Time team will be returning to their regular duties as her team now looks to utilize and second Cayman Airways employees to assist with managing the travel management processes and call centers.

Part of what is being tested is the protocols for responding to any alerts and teams and the mobile team will also be checking in on quarantined families to address any needs that they may have. Delivery drivers in Cayman will also be undergoing additional training to ensure they remain vigilant when making contactless deliveries.

No, thanks.
How do you feel after reading this?
Tags: Fake NewsLoop Cayman