Internet down for some providers last night

(CMR) The Maya-1 optical submarine telecommunications cable system that provides international bandwidth capacity to the Cayman Islands experienced some sort of outage this morning that has led to some customers not having internet access in the early morning hours. The outage appears to have occurred early this morning around 7:27 a.m. when a fiber cable was cut between the landing station of the Maya-1 cable in Florida and the NAP of America in Miami.

This is the third outage in three weeks on this same circuit according to our telecom sources. It appears the same fiber has been cut twice during that time and a third unexplained outage. Miami also appears to be impacted by the outage to some extent: 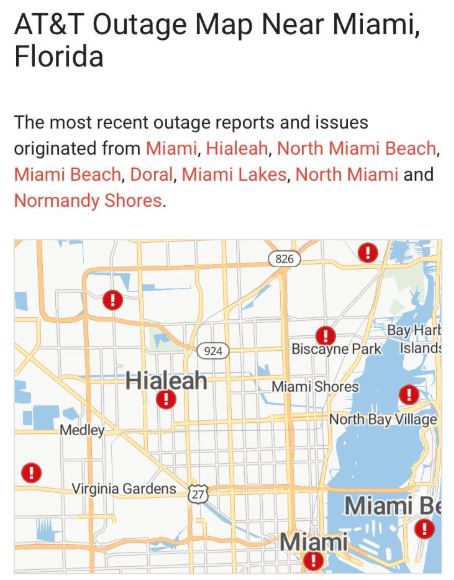 CMR was alerted to the issue when some C3 customers made contact with us about no internet around 9:30 a.m. Reports from Logic customers were also received confirming they were also impacted. However, FLOW customers do not appear to have been impacted by the outage.  We reliable source informed us that:

“Maya-1 was down for a while. That will effect all or most Cayman networks, depending on each one network sector and who's on the Maya 1 and CJFS fiber network. Some can automatically switch over when the Maya-1 down is down.”

A source connected to C3 has confirmed that they have rerouted all of their traffic on the Cayman-Jamaica Fiber System (CJFS).

No, thanks.
How do you feel after reading this?
Tags: Maya-1 submarine cable