The Electoral Office of Jamaica (EOJ) is reporting that the Jamaica Labour Party has secured 49 seats while the People’s National Party won the remaining 14 seats following the preliminary counting of ballots in all 63 constituencies.

(CMR) The Jamaica Labour Party (JLP) gained a resounding number of seats in the country's general election this evening as the poll results began to be confirmed. The defeat was a landline that saw many People National Party (PNP) stalwart members fall by the wayside to relatively unknowns. the JLP retained leadership of the country by winning 49 of the 63 constituencies.

In what is being coined one of the biggest upsets in recent Jamaican political history. Many PNP heavyweights lost spectacularly such as Peter Bunting, Dayton Campbell and Wykeham McNeill. Some defeats were particularly shocking and unexpected as with Peter Bunting of Manchester Central. The three-term member of parliament lost to relative unknown Rhoda Moy Crawford. Bunting was earmarked as a replacement Opposition Leader if he retained his seat but his party lost the election.

Philip had said earlier he would step down as party president if defeated.

The defeat is shocking for most after just four days ago it was shared in Jamaican media that:

The Jamaica Labour Party (JLP) is still regarded by most respondents in the latest Bill Johnson poll as the party that would do a better job of governing the country by a two-and-a-half to one majority.

Prime Minister Andrew Holness gave a brief victory speech at the JLP headquarters at Belmont Road. He thanked the voters and called for unity of the entire nation. Stating that this victory is for the people of Jamaica he also noted that the PNP leader made a congratulatory call to him he said there was much work to be done and they needed all hands on deck.

“Thank you, Jamaica. This is a victory for a #StrongerFuture. The Jamaica Labour Party is privileged to continue the sober governance needed to commandeer the land we love through this global health and economic crisis … We are honored to continue to serve you and we look forward to #RecoveringStronger”

The EOJ said that the overall voter turnout was 37 percent; considerably lower than the 48 percent that turned out to the polls in 2016.

Tomorrow, September 4, each returning officer will commence the final count of all the ballots for his/her constituency at a designated counting centre.

The social media memes had already begun in earnest with many being posted on the Jamaica Labour Party's Facebook page: 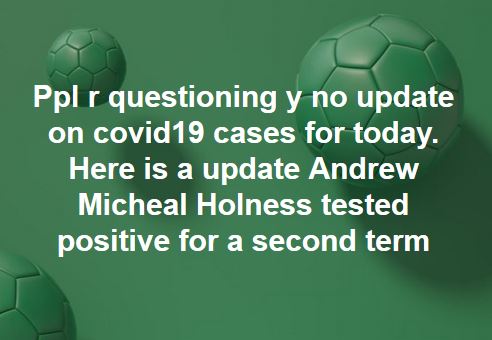 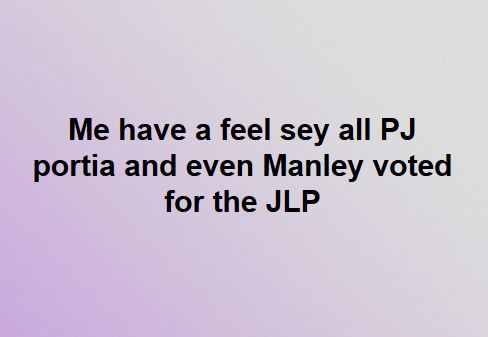 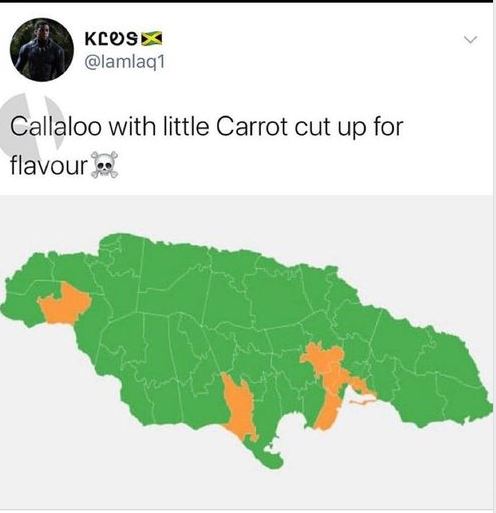 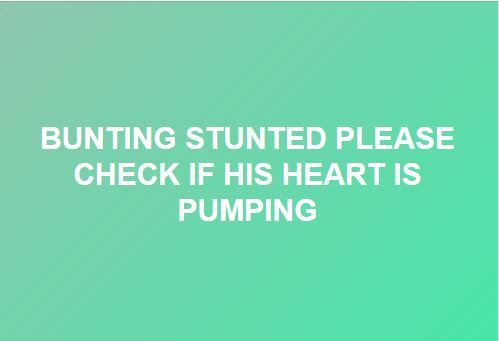 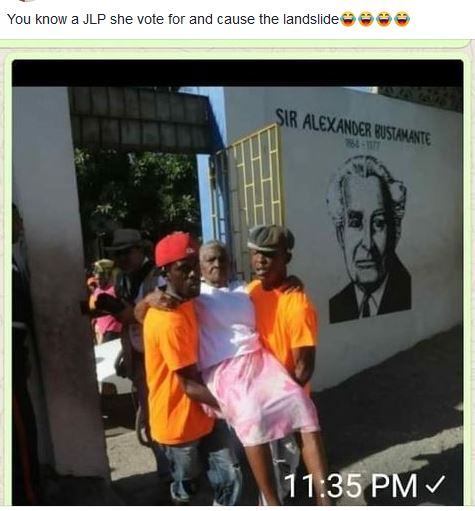 No, thanks.
How do you feel after reading this?
Tags: Andrew HolnessJamaica Labour Party