(CMR) Some members of Cayman's teaching community are in mourning following the death of a Jamaican colleague, who previously worked as the Subject Leader of Drama at John Gray High School.

Her death has sent shock-waves across the legal and teaching community in both Cayman and Jamaica. Several of her Cayman students also posted their condolences and sadness about the news.  James Jarrett is being remembered as a “down to earth teacher whom everyone gravitated towards”. 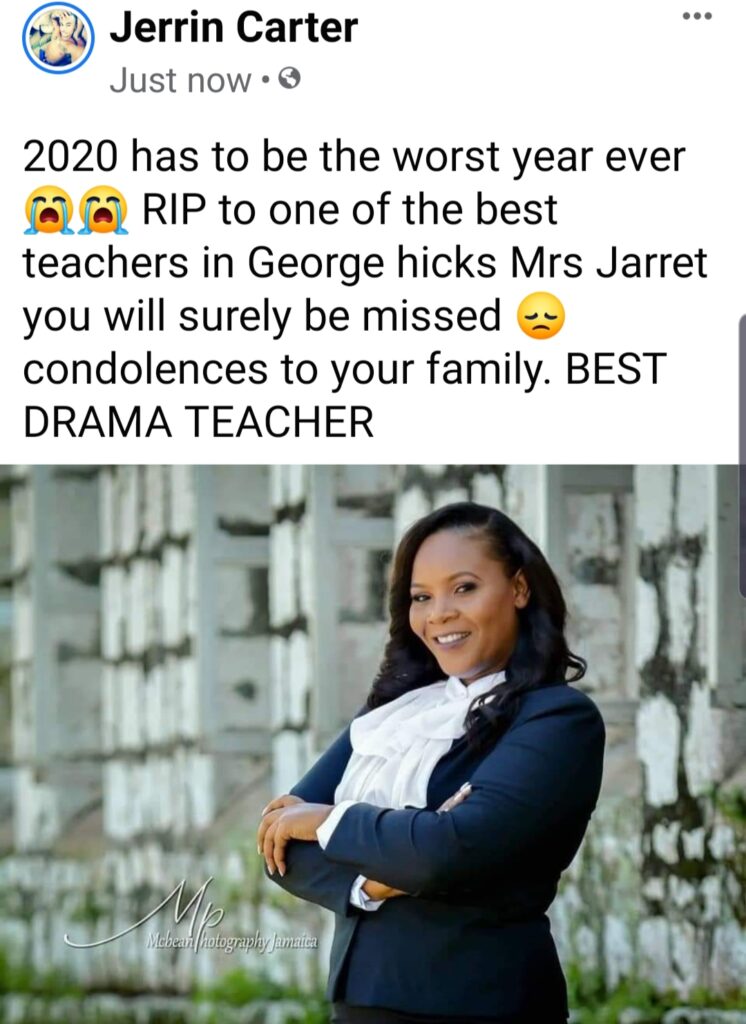 On Facebook friends and family shared photos of  James-Jarrett during her time as a Knox College teacher noting that she was a “God-fearing woman” as well as super driven to achieve her goals.

According to a preliminary report, James-Jarrett was heading southwest along the Montpelier main road, in the vicinity of Ramble, Hanover, at around 1:25 pm when her Nissan Tiida motorcar collided into a Toyota motor van.

James-Jarrett, a practicing attorney since December 2019, was said to be on her way home to Goshen, St Elizabeth after traveling to Montego Bay.

Both drivers were rushed to hospital, where James-Jarrett, 42, succumbed to her injuries.

No, thanks.
How do you feel after reading this?
Tags: Charlene James-JarrettJohn Gray High School