According to reports Bolt has tested positive for the virus

(CMR) Usain Bolt has contracted the coronavirus just days after his 34th birthday it was revealed earlier today. The Olympic sprinter has now gone into self-isolation after receiving his positive test results today.

Jamaica's most decorated athlete and world winning sprinter received his test results today after he took a test some days ago. It is being reported that Bolt celebrated his 34th birthday on Friday with a surprise party that was attended by  Manchester City and England star Raheem Sterling, cricket hero Chris Gayle and reggae singer Christopher Martin as well as Bayer Leverkusen winger Leon Bailey was also allegedly also there. The birthday bash was organized by Bolt's girlfriend and mother of his only child Kasi Bennett.

Local media did express concern over Bolt's party amid reports over a lack of face masks although it is unclear if safety precautions were followed or not. Vidoe footage was in circulation on Twitter showing “no social distancing, no masks” at the party:

This is Bolt's first birthday as a father and he celebrated the moment by taking to his social media accounts to share an adoration post caption “Best Birthday Ever”. Long time partner gave birth to their baby girl Olympia Lightning in May. 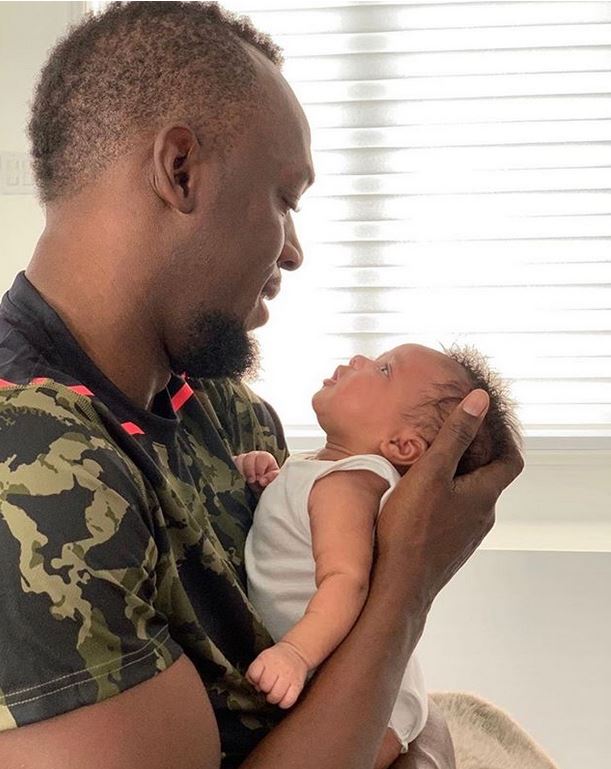 It remains unclear if Bolt was symptomatic or what led him to take the test. However, news reports are reporting the positive test results with some amusing comments: 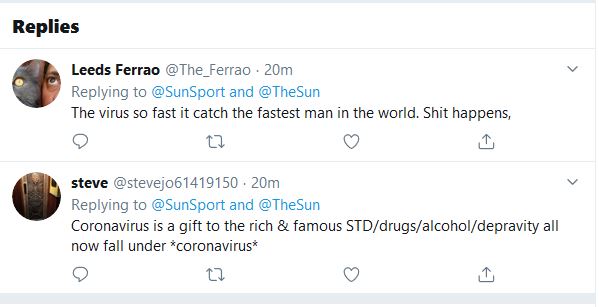 Jamaica has had a confirmed total of 1,413 Covid-19 cases and 16 deaths on the island of around 3million. Kingston has reported 410 new cases in the last 14 days.

No, thanks.
How do you feel after reading this?
Tags: coronavirus victimsUsain Bolt