Van in the ocean

(CMR) Shortly before 8:00 p.m. this evening a van ended up in the ocean after a jet ski extraction went terribly wrong on North Church Street in George Town. 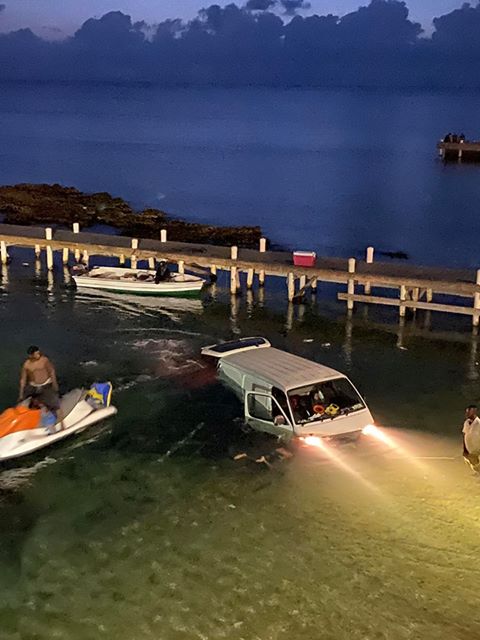 Eyewitnesses shared that the van was being used to bring in two jet skis but apparently was not properly anchored itself when it slid into the ocean. The van then ended up in the ocean floating and need to bed rescued. A Ford Explorer with a boat attached also had to be rescued after he was unable to get off the same ramp area.

Police and others were on the scene assisting with extracting the vehicle out of the ocean.

Details are few at this stage but the incident caused quite a stir as they attempted to extract the vehicle from the ocean.

No, thanks.
How do you feel after reading this?
Tags: boat accidentjet ski riders

(CMR) A 10-year-old girl was reportedly raped and strangled to death after leaving school this afternoon in Hanover, Jamaica. According...