(CMR) Jamaica's Minister of Health and Wellness, Dr. Christopher Tufton has been caught up in a firestorm of cheating allegations that have been prominently featured across social media after an Instagram account was created to publicly expose him.

A shared YouTube video discussing the matter has almost 27,000 views after 15 hours.

Minister Tufton has refused to publically comment on the matter and instead has indicated that he has sought legal according to Jamaican media. He indicated he will speak in due course. However, this has not stopped other social media commentators from taking aim at the minister and sharing their thoughts on the allegations.

Some questions the relevance of the allegations as it relates to his ability to do his job. Tufton has been the lead on Jamaica's handling of the COVID-19 crisis. 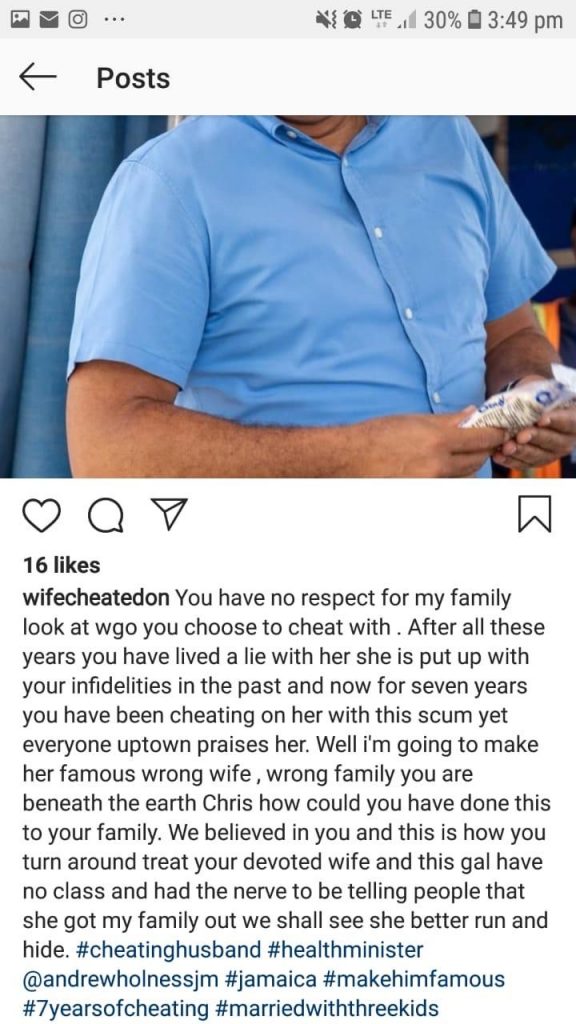 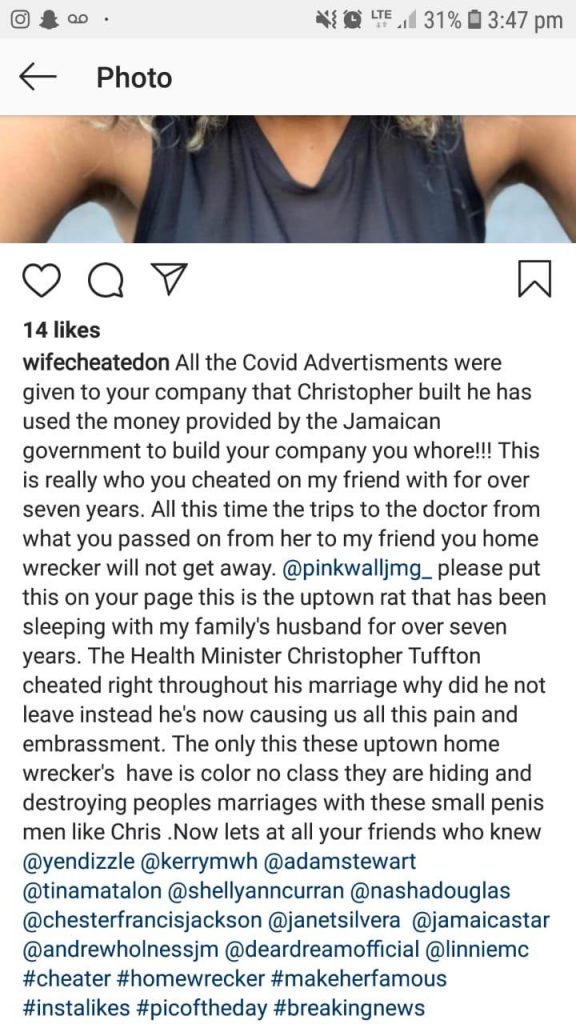 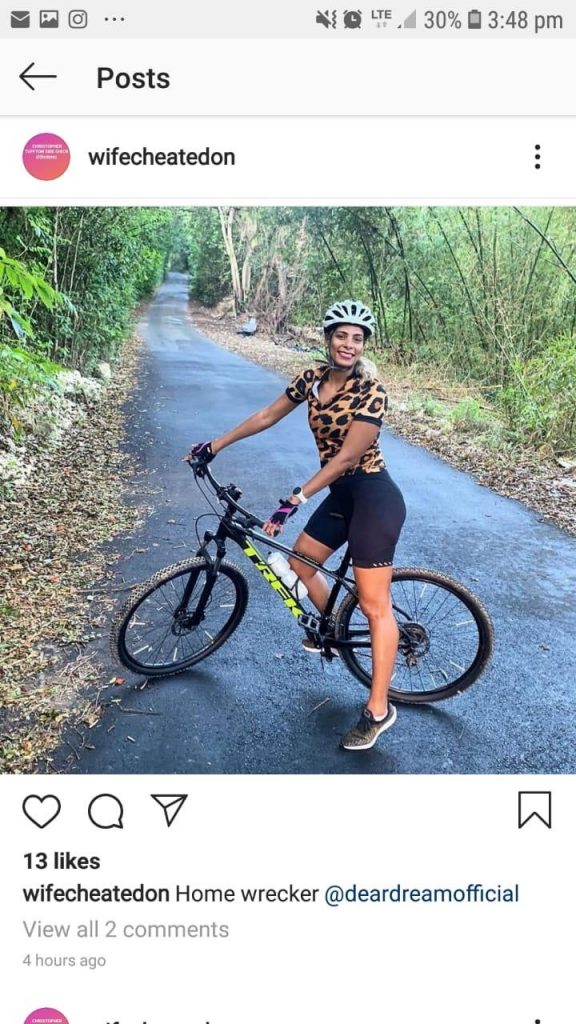 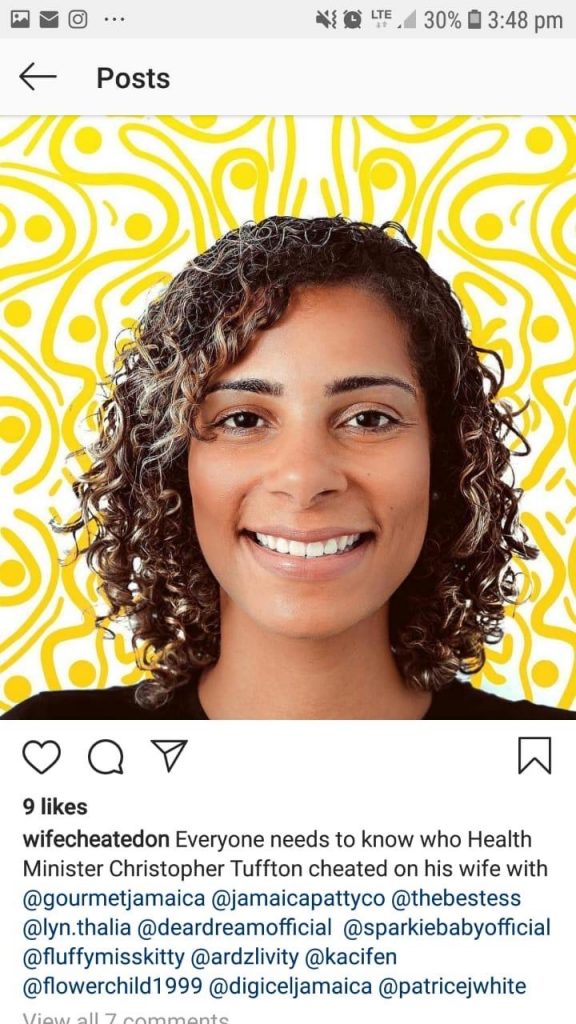 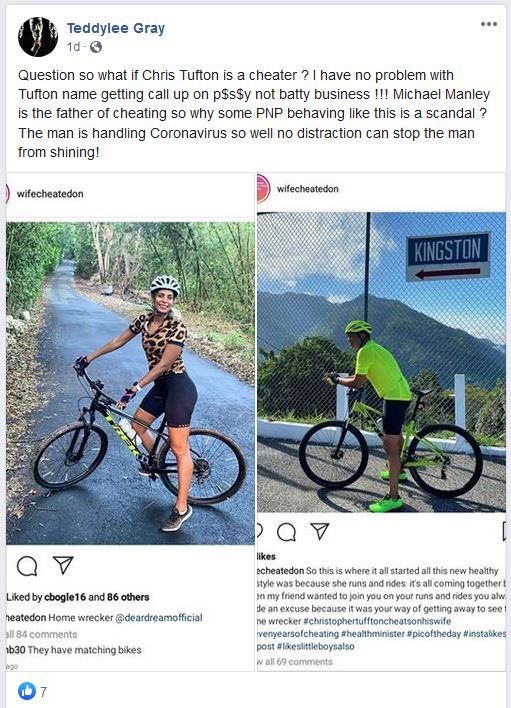 The fiery allegations started gaining traction yesterday afternoon as an IG account shared that he was cheating on his wife for over seven years with this “uptown rat”, Lyndsey McDonnough. The allegations appear to be written from someone who is friends with the wife and is quite straightforward in its commentary on the situation.

The IG account also claims that McDonnough's marketing company received government contracts because of her personal relationship with the minister. McDonnough is the managing director of Market Me.

CMR reached out McDonnough for comment and she shared that she would not be making any comment on the matter but that her lawyer would be monitoring the situation:

“I will not be addressing the allegations. Additionally, I wish to advise that my lawyer will be scrupulously reviewing all publications in regard to this matter.”

Local Jamaican media houses asked the minister about the allegations however Tufton has declined to comment.

Tufton who has been married for well over a decade to wife Neadene has been trending on Twitter over the last 24-hours.

Jamaican blogger killed hours after speaking about murders
Over 1000 pounds of cocaine seized at Jamaica airport
Honduras former first lady gets 14 years in prison for fraud
Jamaican man travels to Florida to have sex with 14-y-o girl
Share your vote!