(CMR) Premier Alden McLaughlin made it clear during Friday's press briefing that the government would not be seeking to subsidize local media as a result of lost revenue from job adverts now largely disappearing. The disappearing adverts are a direct result of government mandating job postings be posted on its own Workforce Opportunities & Residency Cayman – JobsCayman portal.

Premier McLaughlin made it clear that he could not see how the government could provide any assistance to independent news media in the Cayman Islands to keep them afloat without the perception of government bias. He was responding to a question posed about the financial impact of mandatory job registration on print media in particular.

April Cummings from Radio Cayman inquired about the impact of mandatory job registration on news media that have relied on those adverts which represented a “significant amount of funds over the years to keep the journalist enterprise going.” She shared that the very survival of local media might be at risk and stressed the importance of media in keeping us all accountable in a community this small.

McLaughlin indicated that he “hoped that it wasn't principally advertisements for jobs that kept media houses going.” He acknowledged the changing face of media is not unique to the Cayman Islands. In fact, he noted that the demise of print media was a worldwide phenomenon.

He shared his optimism that print media would survive in some form or another as he personally enjoys holding a newspaper to read.  He opined that perhaps with some significant changes they could find more innovative means in order to be funded by consumers and not the government. He placed the onus back on print media and said “a way has to be found” if they intend to survive.

Cummings mentioned the loss of the island's only television station last year as an example of the impact of lost revenue on local media. Cayman 27 shut down under the ownership of Hurley's Media after being in operation for some 27 years.

However, McLaughlin was quick to point out that the demise of Cayman 27 was a direct result of non-payment of government fees for many years:

“Cayman 27 survived for years because they didn't pay the regulatory fees that they were required to pay”.

Ironically, after the disappearance of Cayman 27 the Compass and CIG TV entered into a collaboration that Cayman News Service questioning their true independence given this new arrangement.  Despite this collaboration, the Compass has admitted to struggling financially under new management.

They had decided to remove their street vendors and then reinstated them in early January. However, staff layoffs were realized at the end of March shortly after the COVID-19 lockdown. Days before that the Compass requested monetary donations from the public to allow them to continue operating.

The implementation of the WORC portal has been a much-awaited change and is long overdue but was delayed for quite some time. The idea is to have a government control central registration point for both employers and employees. Employers are required to registered jobs for 14-days to find qualified Caymanians before a work permit would be considered.

Originally the portal was to launch last summer. It is anticipated that this new system will reduce the processing and approval time for work permit applications. As of June 1, over 1,350 job seekers have already registered on the JobsCayman portal. 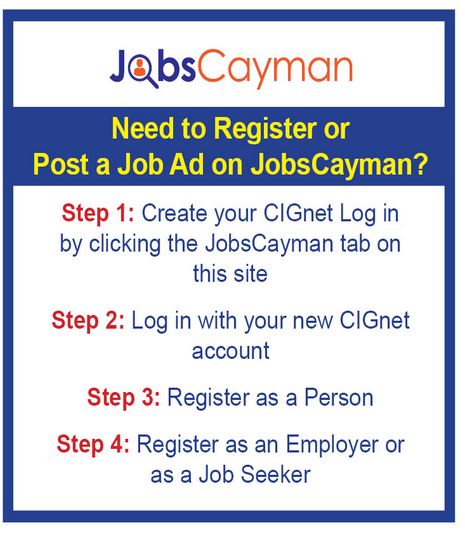 The Cayman Compass does rely heavily on job advertisements especially on a Friday being its largest print publication. It was anticipated that this could have a significant impact on their bottom line.

Whilst he shared that registration on the portal is mandatory it does not preclude someone from advertising elsewhere. The Compass has already cut staff this year and indicated that they will be accepting public donations from readers as well as resorting to printing the newspaper once per week.

No, thanks.
How do you feel after reading this?
Tags: Cayman CompassWorkforce Opportunities & Residency Cayman