“The mere fact that I have been paying my staff and every single one of my members of staff is going to draw their pension out … but I also know my staff very very well. They are not going to reinvest the money in the economy ok, they are not … none of them. They already live from paycheck to paycheck and we consider ourselves very very good payers. the system is broken somehow because the government keeps giving people their money back. Stop doing that and they will be enough money in the pot. It's not a complicated issue”

(CMR) With some 73,000 people registered in Cayman Islands private pension funds, Brett Hill of Fidelity Pensions is not in agreement with the government allowing everyone to have access to their pension funds during the COVID-19 emergency.

He shared that there should be caps in place and a means test applied before allowing any payouts; he believes that the government is allowing an unnecessary raid on the pension funds. One solution he proposed was a $5,000 withdrawal with a review after 3 months.

He also indicated that comparing government and private section pension funds was an unfair comparison that he was “not taking kindly to” given the fact that government pension is “administered by an independent office that is largely bloated”.

Despite stating the day before that his three employees were adequate enough to handle the 11,000 plus accounts he appears to be implying that the government has more resources and will eventually fail and be bailed out by the people.

Hill also claims to have “good systems” in place despite admitting to having to rush to Netclues to now build an IT infrastructure for them to handle this current process.

He agreed with the Premiers estimates that some $500 million dollars will be depleted from the funds which he initially shared yesterday he believes will be spent foolishly by most people. He further stated that the money will not be invested locally because there are no proper investment mechanisms in place.

Spending over an hour with the PAC in the legislative assembly provided ample opportunity for Hill to share his viewpoints on the management and runnings of pension funds in the Cayman Islands.

Whilst admitting that none of his members will be paid on time he blames “the blogs” and in particular Cayman Marl Road for the bad press that Fidelity has received. Sharing that comments were from people who were either being paid to make them or that a particular CMR writer was working with Silver Thatch.

Hill has hired a public relations firm to assist him with what he apparently sees as an unfair bad publicity issue. From all appearances, Hill did not seek their professional advice before the PAC hearing. One member of the committee shared:

“Hill was the gift that kept on giving. His comments were very insightful and for the most part we just allowed him to keep on talking.”

This issue will be addressed in a frank and honest podcast on Monday on THE COLD HARD TRUTH!

Fidelity appears to be the only pension administrator that has indicated they will be nowhere near meeting the 45-day deadline for emergency payouts as set by the law.

When asked by PAC member Chris Saunders (BTW) about the delay, he clarified that it is impossible for Fidelity to payout to its members within the required 45 days and they had requested some 60 days instead of the government. Cheekily he replied that he would possibly spend some 3,000 days in Northward as a result of non-compliance.

There is no indication as yet if the Department of Labour and Pension will be penalizing Fidelity who are charging customers $50 per application for the late processing of the COVID-19 funds. Possible penalties include a fine and jail time.

Admitting that he's outspoken and is more than willing to give his viewpoints to the Public Accounts Committee he noted that he considers Cayman his home for some 30 years now and he is for Cayman. 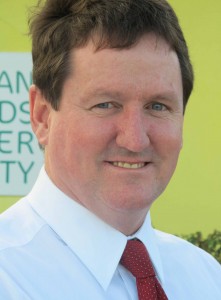 He noted that the National Pension Law has always been flawed from inception and that he has never been listened to. When asked by PAC chairman, Ezzard Miller, about his contributions to fixing the system over the years he claims that no one listens to him and by in large the pension administrators have been competitively and not working cohesively with one another. However, he was pleased to go and have a drink with Premier Alden McLaughlin to discuss further as they had previously done.

“The law is set to fail at the outset because the government of the day didn't do what they were advised to do … simple solution to this madness that is going on If you want people to have enough money to retire on stop giving them their money back.”

He further said that his original pension plan which dates back to 1968 was a much better one before government legislative interference. He replied to Miller,

“Do you believe we have the power? … I've never lobbied against pensions … the worse thing that happened to me during my career was the National Pensions Law coming in because I didn't benefit from a defined benefit's plan which would have given me 60 percent of my previous salary”

He went to explain that the government was advised in 2008 that in order for pensions to work people would have to contribute 16 percent of their salaries for 40 years of their working life. However, they implemented a 10 percent system with a salary cap which is just not enough.

“It is in my interest to get as many contributions as I possibly can, it's a matter of scale and the bigger my scale frankly the better it is for me”

He even questioned the necessity for his own employees and lawyers from “large law firms” to access pension contributions during this time. He noted that all of his staff are getting paid yet they are also all applying for their pensions whilst living paycheck to paycheck. Continuing his comments that many are not in need of the funds he stated that:

“I'm getting calls from attorneys from large law firms demanding their cash and behaving badly I have no compunction in talking to those people and telling them exactly what I think of them … they are still getting paid. They (government) should have capped it.”

He did admit that there are some persons who are genuine in need and he sympathizes with them. At the end of his testimony, he complained about it being dress down day and having $5 deducted from his salary for charity.

CMR apologies for any minor errors in quotes credited to Hill. He suffers from a speech impediment and at times it was challenging to understand him despite reviewing the content multiple times.

No, thanks.
How do you feel after reading this?
Tags: Brett HillCOVID-19 measuresDepartment of Labour and Pensionspension withdrawals