Alleged baby scammer being investigated by police after CMR expose

(CMR) The police have issued a statement that they are investigating a female individual, 41-year-old Leticia Lyann Pearson (nee Thompson), allegedly scamming members of the public for donations to support an infant after the allegations came to light on Cayman Marl Road Sunday evening.

Since the initial publication, numerous other persons have commented on social that they have also been contacted by the same one using different alias to donate baby clothing. This alleged scammer has a propensity for creating multiple accounts under different names. We have thus far located at least 8 accounts. The birthdates vary slightly for all the accounts but are all at some date in 1979 – the year that Thompson was born. 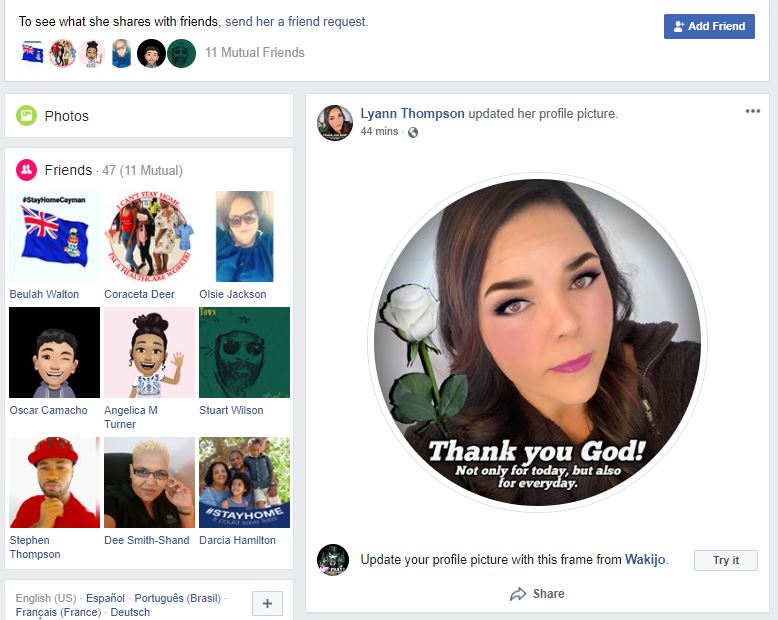 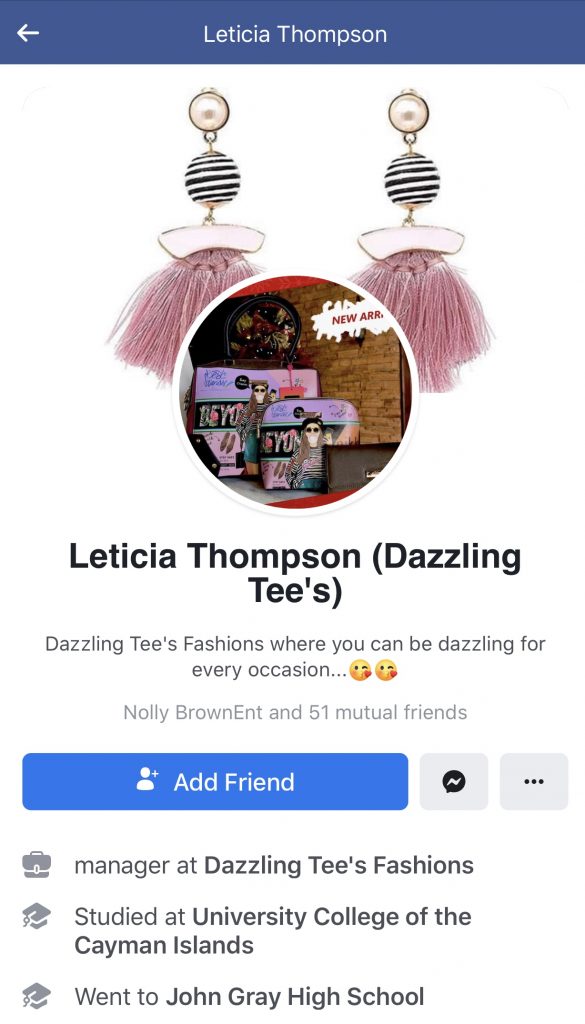 Leticia Thompson used a photo of a baby found in a garbage bin from another country and then designed a flyer which she uses to solicit donations. Apparently this scam is nothing new and in fact, back in April Thompson reached out to CMR to inquire about some baby clothes that we were donating.

Thompson initially claimed that her Facebook account had been hacked and shortly after indicated she was helping a mother in Dog City. When residents from that area questioned her statements it then changed to her claiming that she was attempting to adopt a baby from Honduras.

This adoption story has long been used by her to gain donations and sympathy from others. She has been claiming to either be pregnant or adopting for the better part of at least 20 years: 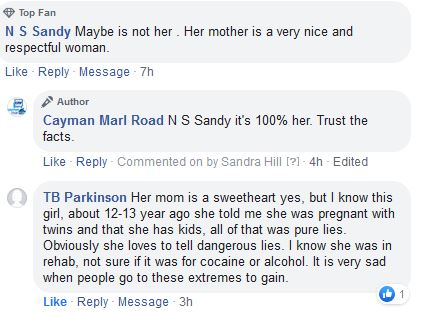 She initially commented on the story via Facebook but eventually deleted her comments: 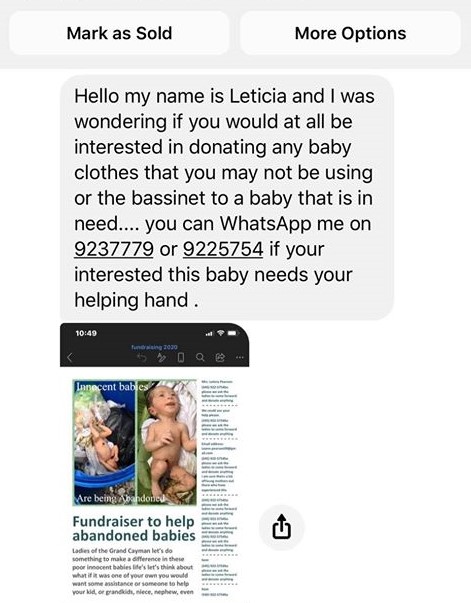 Her sister, Letanya Thompson, came to her defense and claims that their elderly mother was setting up a new social media account for Thompson. She shared the WhatsApp conversation with the mother on our Facebook page earlier this evening: 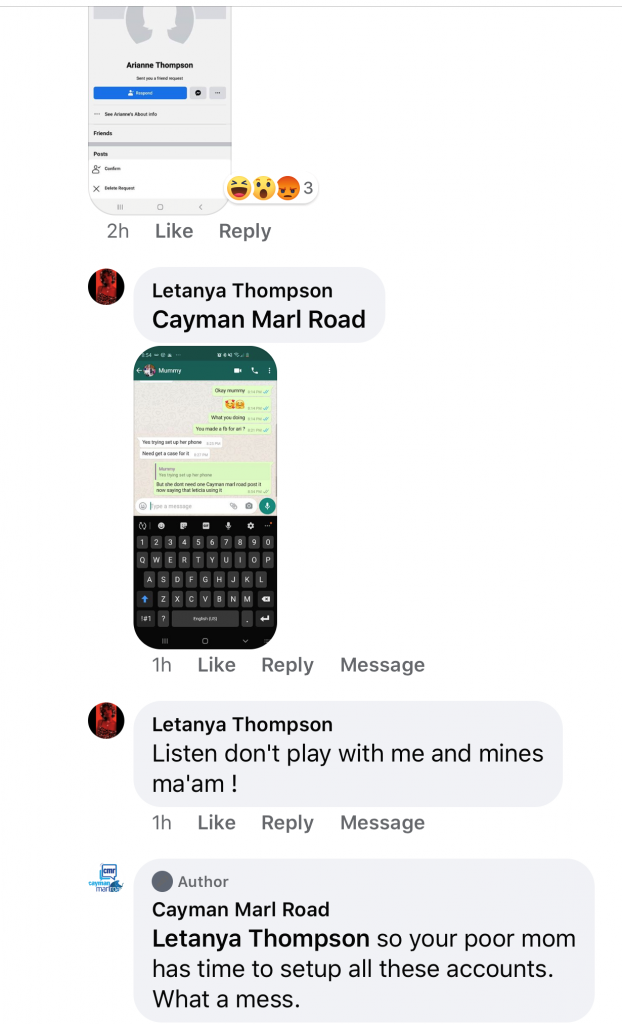 However, all of Letanya Thompson's comments have also now been removed as well.

The matter is currently under investigation by the RCIPS Family Support Unit and the Multi-Agency Safeguarding Hub.

No, thanks.
How do you feel after reading this?
Tags: Leticia Lyann PearsonLeticia Thompson

(CMR) Police said they arrested a 25-year-old West Bay man this afternoon in relation to a robbery at a service...