(CMR) Residents in the Cayman Islands are being warned of a recent social baby scam being perpetrated by a local lady that goes by several different names. The scammer posted on social media and was going around begging for donations for “abandoned babies” and has already conned sympathetic persons out of goods and/or money.

Our investigation began in earnest after we were approached by a concerned person who wanted to verify that this was a legitimate request before making a donation. However, upon our initial inquires every single person that we spoke to indicated that Leticia Thompson-Pearson has a long and extensive history of “conning persons”.

The allegations were numerous and included her use of multiple names and accounts on social media. She goes by at least five known aliases:

For our purposes, we will call her Thompson. She uses multiple phone numbers and has also told persons that the abandoned baby in question is now in foster care.

The scam starts with Thompson sending people friend requests and then sends them this flyer:

The messages continue about how the child is in need and she's collecting donations for the abandoned baby.

After sending out an initial WhatsApp inquiry about the Facebook account under “Lenorsha Kimpton” it was promptly removed and a new one has since gone up under the name of Lyann Thompson.

Thompson reached out to us claiming that she (Lenorsha Kimpton) was hacked. The new account created after she was notified of our message now has a post that she was “hacked”.

Despite denying that she's the person behind any scams she was able to accurately inform us that the request was never posted directly on that social media page. How she would know that about a hacked account she has no connection to is unknown. Additionally, the request sheet has her personal contact number and Gmail address on it.

Oddly, although she claimed in her messages to us via WhatsApp to have been hacked she then messaged the CMR Facebook page at 2:47 pm claiming:

In direct contradiction to that, when responding to this story this evening she posted that she is attempting to adopt a baby. This does not match her message about her friend in Dog City.:

We remain confused about what the true position is.

It is believed she then sells the clothing for cash. She claims to have a business where she orders clothing for people and then resells it as well as a construction company.

“That looks horrible wen someone can hack into peoples face book profiles and let these sort of things happen this is why caymanian cant get a good job or even apply for jobs or anything because of stuff like this.”

This is unfair, this not happen to me once but this is the second or third time peopole have hacked into my account. It looks pretty bad, you understand. This is what I under understand … your own Caymanians beat you down to absolutely nothing. Nothing at all.

It is unknown how a hacked account could disappear so quickly and be replaced by a new one with her details:

Thompson had indicated that her attorney will be in contact with us shortly; which we look forward to. She also shared that she has a job interview scheduled for tomorrow.

Concerns were also raised that she claims to be pregnant on an annual basis despite the fact that she has had surgery that makes that impossible. Every pregnancy ends in a “miscarriage” that is shared publically with others. 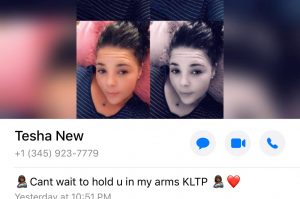 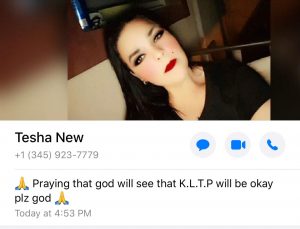 Despite denying she was behind this request she actually went to a retail store in person and collected some $300 in donated baby items.

Numerous GoFundMe accounts have been set up and deactivated including this one. 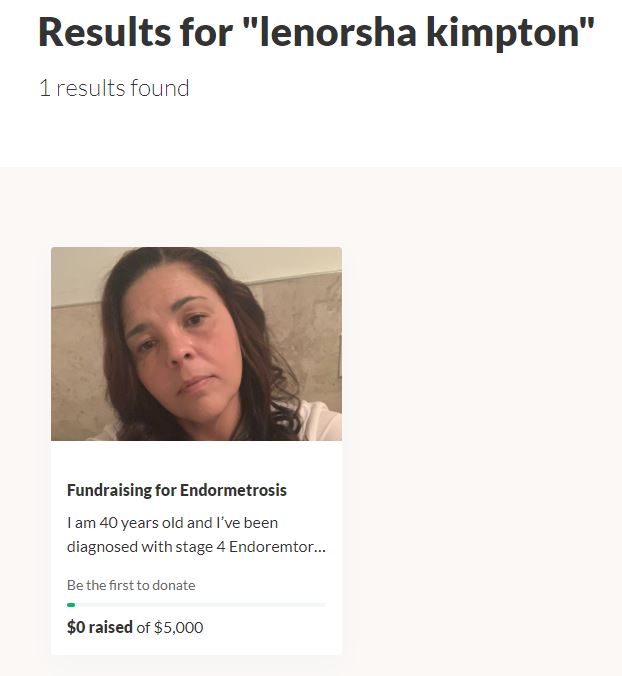 Others who know Thompson well indicate that she will go to any lengths to obtain funds from kind-hearted persons including claiming to have had Stage 4 cancer. One person observed:

“She is known to be a compulsive liar and would lie Jesus off the cross and the white out of your eye”.

Her antics don't appear to be restricted to just scamming people online but she also has a spotty employment history with number thefts and dishonesty being alledged.