(CMR) Jamaica is to reopen borders to international travellers come June 15, that according to a leaked document which has been making the rounds on social media platforms.

The document which bears the signature of Tourism Minister Ed Bartlett reveals that the country's borders will reopen from June to accept incoming nationals.</d

Come June 15 international travellers will be allowed back into the island.

Thanks for your continued partnership,” reads the letter, though it is unclear who it is addressed to.

The US Embassy on Friday made a Tweet which suggested that country's borders would be on June 4 for some US travellers. 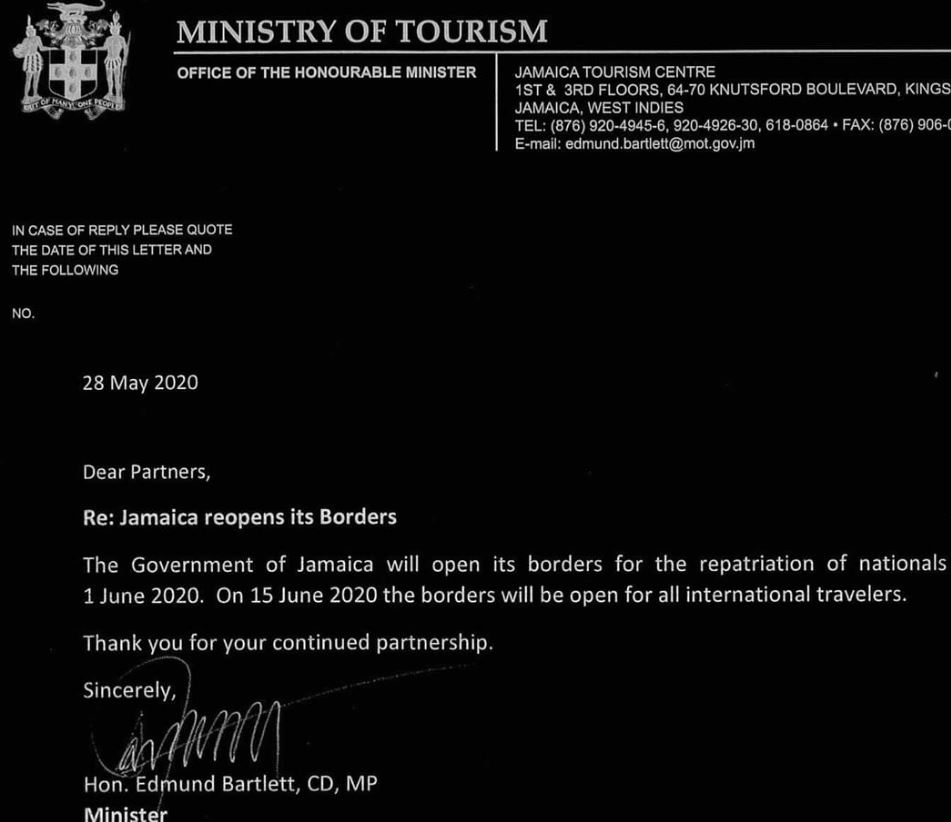 Jamaica closed it boarders on March 24 to contain the spread of the coronavirus.

No, thanks.
How do you feel after reading this?
Tags: JamaicaReopening

Former Belizean Minister and family ‘designated’ by US for corruption

(CMR) Former Belizean Minister John Birchman Saldivar and his immediate family have been 'designated' by the United States due to...

Baby recovers from coronavirus after month in coma