(CMR) 2020 is not the year for Karens, as the name has in recent times come to be associated with entitled white women.

The name began trending again on Twitter on Monday, after a video of a white woman calling the cops on a black man, after he asked her to leash her dog, was shared on the platform.

The video which is a little over a minute long in duration captures the exchange between the duo in Central Park; which results in the woman telling police that the man threatened her.

The video begins with the woman telling the man to stop filming her.

“Please don’t come close to me,” the man, who is not seen in the clip, is heard saying several times.

The woman then threatens to call the cops if the man continues to video her.

The man, clearly unbothered by her threats, invites her to “please call the cops”.

“Please tell them whatever you like,” the man responds.

Shortly afterward, the woman is seen pulling off her mask and is heard saying that she and her dog are being threatened by an African American man wearing a bicycle helmet.

Oh, when Karens take a walk with their dogs off leash in the famous Bramble in NY’s Central Park, where it is clearly posted on signs that dogs MUST be leashed at all times, and someone like my brother (an avid birder) politely asks her to put her dog on the leash. pic.twitter.com/3YnzuATsDm

Later she appears to have a complete meltdown, screaming in a high -pitched tone, “ I’m being threatened by a man in the Ramble, please send the cops immediately.”

Throughout the ordeal, the woman is captured pulling the dog aggressively by sections of his collar as it seems she struggles to attach him to his leash.

The video went viral on Twitter, with several thousand twitter users slamming the woman for what they deemed  ‘racist behaviour' subsequently labelling her a “Karen”.

Twitter users then went on a search to uncover the identity of the woman in the video.

A LinkedIn search revealed that the woman in question is an employee at Franklin Templeton -an investment firm.

In a statement released on the platform, the company said it had been made aware of the incident involving its employee and that employee in question had been placed on administrative leave. 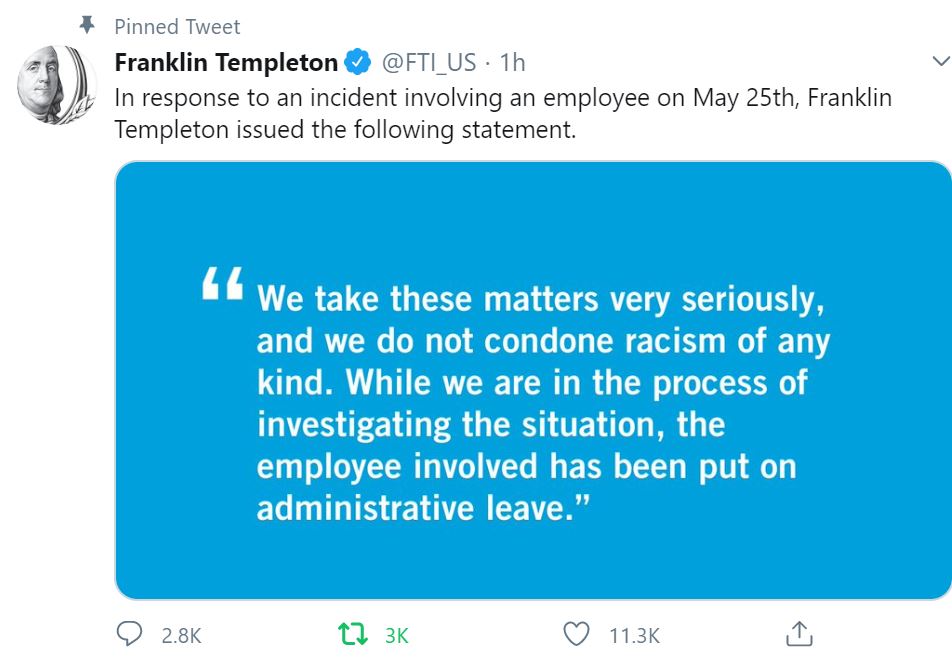 As for the dog in the video, he was turned into the Abandoned  Angels Cocker Spaniel  Rescue Inc, according to a Facebook post from the organization. 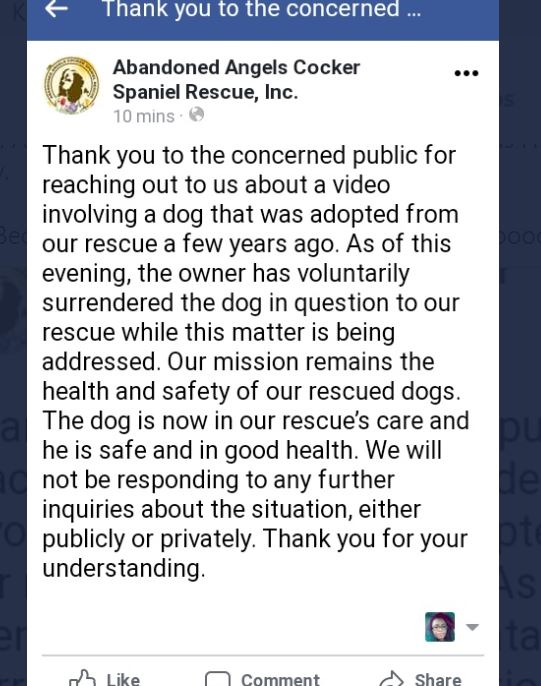 No, thanks.
How do you feel after reading this?
Tags: Central ParkKaren