(CMR) The Cayman Islands continue to focus on testing a large portion of the community in hopes of suppressing the coronavirus. The fight for acquiring additional personal protective equipment (PPE) was just made easier thanks to procurement through a public/private partnership between the Cayman Islands Government, Health Services Authority and Health City Cayman Islands.

According to Health City Cayman’s Business Development Director, Shomari Scott, his company reached out to the Health Services Authority (HSA) after learning that they were having difficulty securing (PPE) kits, as priority was being given to larger countries with greater diplomatic reach and buying power.

Scott explained that Health City based on its strategic position was able to offer its assistance in this regard noting that many years of partnership with the large government-owned Chinese manufacturers through its parent company Narayana Health created the opportunity to secure the items despite the unfavorable political and economic conditions.

“Due to these over-a-decade-long partnerships, Health City was able to get a quick production slot with the manufacturers ahead of much larger countries. We were also able to procure the full kits, at a quantity of some 30, 000. Additionally, we had the increased assurance of working with the government manufactures to ensure we were getting authentic and not counterfeit medical supplies,” Scott said.

However, despite the business connection which made it possible to procure the kits there were a plethora of logistical hiccups.

Once Health City was able to secure the kits, the Chinese government implemented several measures that further exacerbated the difficulty in getting the kits out of the country, China halted production of kits at some companies to curb quality issues and, introduced a new rule that all medical supplies leaving the country would need to be inspected by the government prior to leaving.

“This was great on one hand as it gives a higher level of comfort with regard to the quality of the supplies. However, it could have really slowed us down as the inspectors could come anytime from one day to 14 days or longer after your cargo is ready to fly,” Scott said.

However, Health City was able to successfully navigate around this, as Cabinet Secretary Samuel Rose, who was instrumental throughout the procurement process, took on an even more prominent role at this critical juncture. Rose worked closely with HE Governor Martyn Roper and Head of the Governor’s Office Matthew Forbes to use their diplomatic channels to help garner an inspection spot within five days of delivery to Shanghai and the flight’s scheduled departure.

This move-in conjunction with the company’s own 5-day buffer between when the goods were ready until the day the plane would depart paid off, as missing a departure date while using a cargo plane could result in the deposit payment being forfeited.

A cargo plane had to be used explained Scott, as the usual transshipment methods were not available so a charter flight from Zhengzhou, China to Grand Cayman had to be secured.

The original flight path was Zhengzhou through Miami to Grand Cayman. However, due to some uncertainty at the time with shipments of certain medical supplies being seized in Miami the decision was made that a different route would be best.

The new plan took the charter flight using a Boeing 787-9 aircraft from Zhengzhou to Mexico before continuing on to the Cayman Islands.

However, then came another snag, as it was discovered that the Boeing 787-9 was too large and heavy to land at Grand Cayman’s Owen Roberts International Airport as it could potentially break the runway.

It was decided that after arriving in Mexico, the aircraft would then fly onwards to Kingston, Jamaica to land. 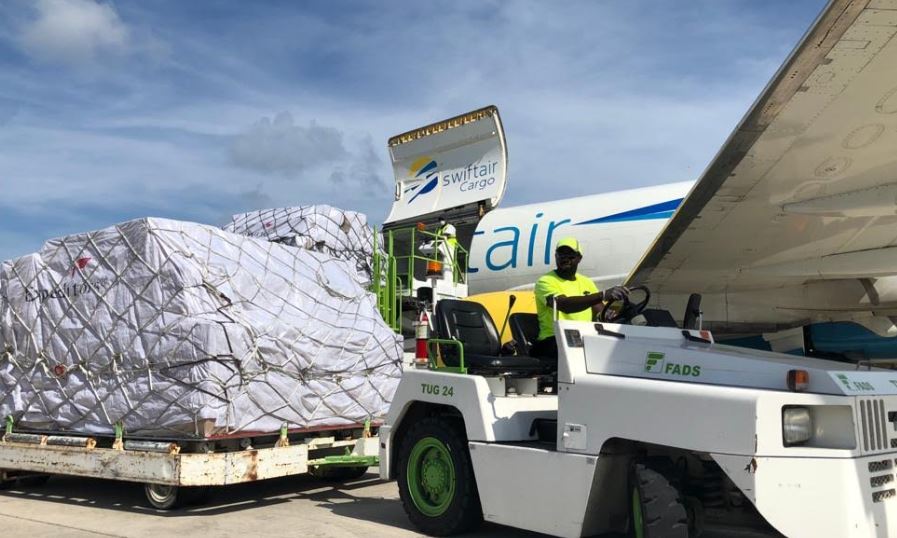 But once that obstacle was cleared, yet another appeared on the path.

“When we were getting ready to schedule the flight from Zhengzhou, we found out that the airport no longer was in-network with the charter company we were using based on some issues with the airport from the week prior. So, then we had to figure out how to get the shipment from the warehouse to an airport in Shanghai. Eventually, we worked out the packaging and driving of the cargo from Zhengzhou to Shanghai and were on our way,” Scott shared

“We are fortunate that our parent company was well-placed to assist us, having experience with large-scale emergency orders of medical equipment. It was this experience that allowed us to jump into action. Receiving these PPE kits now is extremely important as the Cayman Islands continue with a large-scale testing and screening program as well as vital insurance if we were to have an outbreak. We’ve spent countless hours, sleepless nights and early mornings dealing with different time zones and all of the logistical hurdles. But with the kits arriving here, it was all worth it,” Scott added. 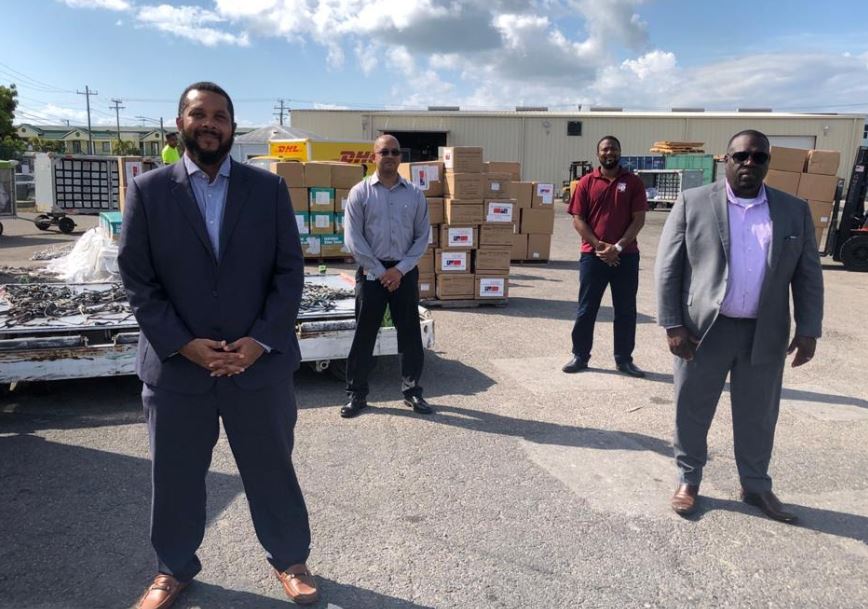 (CMR) Amid concerns raised in the community about Cayman First Insurance, the Health Insurance Commission (HIC) said it is monitoring...

False: No flight restrictions to Cayman due to COVID

(CMR)  The Ministry of Health and Wellness said it is aware of the circulation of a false news story stating...

(CMR) The Minister for Health and Wellness, Sabrina Turner said the Government is committed to ensuring that a fully functional...

(CMR) Dr. Marc Lockhart has resigned from the Mental Health Commission, lamenting that he does not think the Cayman Islands...

Heart Fund encourages everyone to get CPR training

(CMR) Following news that Buffalo Bills defensive back Damar Hamlin went into cardiac arrest during an American Football game, the...